While working for a media startup in Silicon Valley, former Saatchi & Saatchi advertising pro Freddy Tran Nager met several entrepreneurs who wanted his help with both strategy and creativity. He had just earned his MBA in Marketing & Entrepreneurship from the University of Southern California, so these offers perfectly matched his ambitions.

Clients in hand, Freddy returned to L.A. and launched an agency that combined the creativity of an ad boutique with the strategy of a management consultancy. Freddy dubbed this venture Atomic Tango — “Tango” referring to the dance between creativity and strategy (“it takes two…”), and “Atomic” evoking the mid-century modern era, when his father worked in public relations… and Sean Connery was the best Bond ever. Our mission statement — “Stir the imagination and leave the competition shaken” — came naturally.

Atomic Tango has since evolved into a brand with multiple services and divisions, including a publishing wing, a new ventures incubator, and an online zine for creative professionals. ¡Viva la evolucion!

In addition to leading Atomic Tango, Freddy teaches graduate courses at USC’s Annenberg School for Communication and Journalism, where he is the Entrepreneurial Communication Expert in Residence.

And that’s just a start. Now into our second decade, we’re scheming even more ways to stir things up (ideally with a swizzle stick).

Want to join us as a client or collaborator? Then pull up an Eames Lounge Chair, pour yourself a nice cold one, and drop us a line. 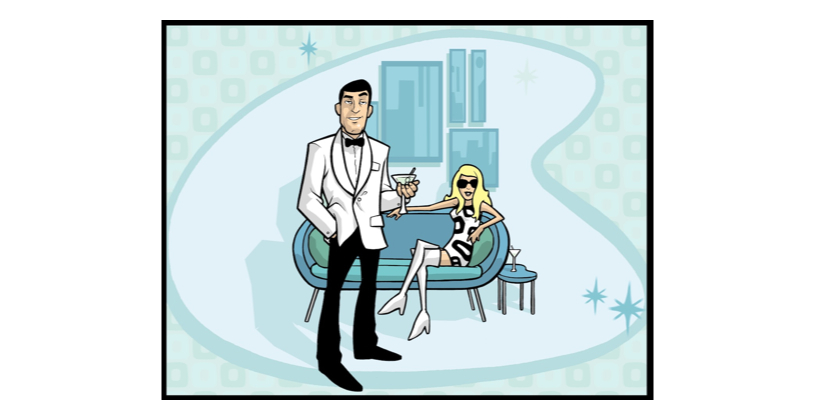