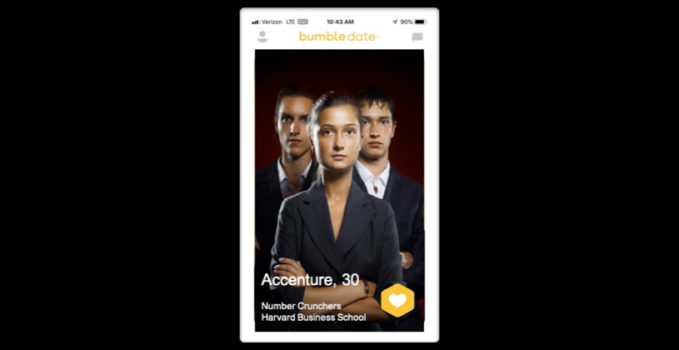 On April 3, 2019, Adweek reported that “Droga5, the creative agency known for its acclaimed campaigns for brands like Chase, Google, HBO, IHOP, The New York Times and Under Armour, has agreed to be acquired in full by Accenture Interactive, the marketing arm of international consulting firm Accenture.”

The haters said it would never work. That we were just too different to get along. But you’re the yin to my yang. The right brain to my left brain. You complete me! I couldn’t be a nerd all my life, I needed you! It’s still hard for me to believe, but there are still people out there who don’t think analytics are sexy. But you put the art in my algorithms. You quicken the pulse of my quant. You put the magic in my metrics.

I loved you just the way you were. But is it asking too much that you change? For me? Just a little?

Sure, I wooed you with promises of unbridled freedom. And grand, public pronouncements on how our marriage would be the most epic ever! It was such a romantic time, back when we were on a “journey to build a new agency model… one with the power to engineer transformative brand experiences and infuse those experiences with the emotional and inspirational power of brand thinking and creativity.”

Okay, fine, better sentences have been written. I get it — I’m the numbers guy and I should leave writing and all the other creative to you. But you have to understand, we were in control then and we’re in control now. Did you really think we were serious about letting you do whatever you want? Drinks with your friends after work? Long weekends away with your besties? Come on — no one can be that naïve.

You were so cute when you said, “We were independent from compromise, from being commoditized by a holding company and being squeezed for efficiencies, but they are not buying us to milk money out of us — but for our thinking. I’m betting that what we do together I’ll enjoy more than our independence.”

Precious! You just can’t make that stuff up!

I know we’ve hit a rough spot now. You say you’re sorry that you ever met me, but do you really mean it? I can’t believe that you now feel cheap after I paid you a dowry of $300 million. You couldn’t have done it just for the money. Didn’t you find me attractive? Aren’t I still sexy to you?

It must have been such fun for you to make all those little 30-second movies you’re so proud of. So cute! And you even won awards for them! But didn’t you understand that playtime was over when we tied the knot?

Wasn’t my superiority evident to you? I’m a serious person. A grownup. I work! I’m no film school dropout or wannabe novelist. I wasn’t off watching art films and smoking dope in high school. I was home with my tutor studying for my SAT’s, practicing the cello, working on my science project and volunteering to help the poor. Obviously, some of that was just resume padding, especially the part about helping the poor, those lazy ingrates. They wouldn’t be waiting in soup kitchen lines now had they listened to their tutors, college coaches and psychotherapists. And why in the world didn’t their parents get them more time on standardized tests? But I digress.

I don’t sit around and “ideate” or do make-believe research called focus groups or obsess about how ironically hip my t-shirt and ripped jeans are or talk about how I’m an artist and nobody gets me. I do real work for a living! Math is involved! And sometimes I crank out 85-page PowerPoints with mind-numbing charts with boxes and arrows, jam-packed with copy and lots and lots of numbers. This work is so damned brilliant that no one can even understand it!

Hey, when you read through our work, do you think your silly little movie about the girl who thinks she can be a real ballerina or the one about the pancake place that changes its name to a burger place really matter? It’s all just “content” to us, my love.

Sure, I could have hired “creative” people  and churned out this stuff on my own, but it’s so much better to have a trophy spouse. I really stand out at the client parties now. Everyone stares! They all want to talk to me! Just take my arm, stay close, smile a lot and make believe you’re listening when their lips move. You must love it when people tell you how pretty you are!

Do you remember the time we met? It was that project for the U.S. Census. You were so adorable when you said that I “know how things work in the real world and put things in place that normally people don’t think about.” And how I would never “eclipse” your creativity, but be “complementary,” helping you to shore up your “most ambitious ideas.”

Darling, I’m so sorry. Your ideas don’t matter. Yes, you said that “math and magic need each other.” But they don’t. We already had the magic because the magic is in the numbers. It’s all about the algorithms, baby! We’re in the age of “Big Data,” not “Big Creative.”

Please don’t go. I know you’re feeling stifled. I know you’re feeling as if you’re being emotionally abused and have lost sight of who you really are. But I need you! Who will do the content when you’re gone? Sure, I could hire someone else or get remarried, but honestly, that’s so expensive and such a hassle. Let’s avoid all that.

Okay, okay, I hear you. Yes, I’ll change, baby, I promise. But first could you make the logo bigger and include these six keywords in the copy?

Editor’s Note: Jeffrey’s satirical piece has proven to be fairly prescient, as you’ll see in this confession by a creative whose agency was purchased by a consultancy (Digiday 5/7/2017). 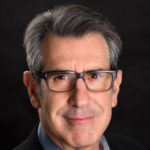 Jeffrey Hirsch is the President/Founder of The Right Brain Studio, which leverages Emotional Intelligence For Brands to help clients with strategy, positioning, and innovation. Jeffrey is also an Adjunct Professor at the University of Southern California, and a Board Member and Advisor to several nonprofit organizations. He received his Bachelor's and Master's degrees from Northwestern University.