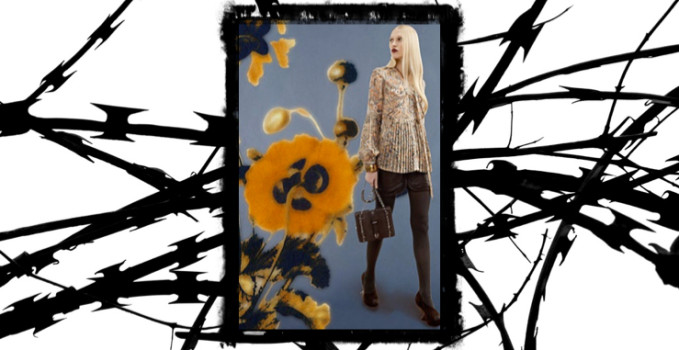 My wife LOVES Anthropologie so much, I should invest in the parent company just to get some cash back. With a religious fervor, she devotedly keeps tabs on the company in social media, and from what she tells me, Anthropologie sure knows how to work it.

These third-party die-hards hang on the brand’s every word and whisper, review every product release, and work their networks until EVERYONE knows what’s happening at their favorite cult, er, store.

These bloggers also constitute a continuous focus group of informed and influential top customers. They point out what fits and what doesn’t, what lacks in quality, and most importantly, what’s straying from the brand. Since they don’t work for Anthropologie, these independent bloggers serve as more objective brand watchdogs than Anthropolgie’s internal employees, and their constructive criticism helps the company shape its practices and product lines. According to my wife, this feedback apparently influences Anthopologie’s collections.

Other brands can only dream of such social support: despite hiring gurus and drinking Kool-Aid with the Word of Mouth Marketing Association, they’re lucky if anyone gives a tweet. 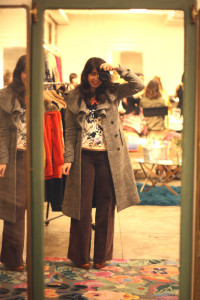 Selfie by Roxy of Effortless Anthropologie

Fully cognizant of the value of these faithful fashionistas, Anthropologie hasn’t let their dedication go unrewarded. Indeed, the company held a special blogger-only event in NYC dubbed Color + Print. There the bloggers got a first look at Anthropologie’s fall line, met royalty (the design team), and best of all, tried on the clothes. Roxy of Effortless Anthropologie described it in her post:

“… oh yeah, this wasn’t a buyer event, it was a blogger event. Anthropologie rolled out the abstract red print carpet for us. There was clothing and accessories. There were personal stylists on-hand to help us create a look. There were hair artisans and makeup artists to give us a boost. And then there was a photo booth where we could get our picture taken. Those photos will be up on Anthropologie’s Facebook page today…”

You could say that such an “appreciation event” skirts FTC rules about bribing bloggers, but Corporate America has been feting pseudo-journalists for years (see “The Hollywood Foreign Press Association” behind the Golden Globe Awards), so this just constitutes business as usual with a 2.0 twist. It’s a clever way to tap the power of influencers.

So What’s The Problem?

Well, you know that bit about Facebook? Imagine what happens when a fashion brand favors one group of customers over everyone else in a social medium…

Yes, the claws came out.

While most of the comments on Anthropologie’s Facebook page referred to the fashions, others savaged the bloggers — not about their opinions or privileges, but about their looks. Really. As in digs about their weight and facial features.

While, sadly, this total lack of civility is almost expected these days in America, what particularly galled my wife and others was that Anthropologie did nothing about it. Nothing. While the company answered questions about the clothing and its availability, they left the ad hominem insults untouched. 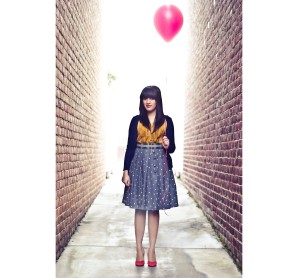 In an eloquent riposte to Anthropologie, Tara B of Little Girl Big Closet vented her disgust at this cyberbullying — and Anthropolopie’s inaction:

“I scrolled through the comments and saw some of the most vile, hateful, hurtful words I’ve ever had the misfortune of encountering in all my time as a style blogger. The vast majority of the negative comments were gratuitously malicious, and could in no way be interpreted as constructive criticism. As I kept reading, it felt like someone had just punched me in the gut. People were not only bashing Anthro clothing in general, but tearing down real women who had come out to support your business. It was just disgusting. I can’t begin to understand why you would put all these wonderful women out there and indiscriminately invite the world to comment on them, and not exercise an ounce of moderation. Why didn’t you protect these young women who were kind enough to model your wares for you? Why didn’t you protect the feelings of patrons such as myself who actually happen to like your ‘gross’ ‘grandma clothes’? Why didn’t you delete the comments that were especially vindictive and hateful, with a warning to the authors of those comments (I saw several repeat offenders)? If all you wanted was to run a contest wherein people would vote for their favorites, why didn’t you simply allow Likes, and disallow comments? There are so many different ways in which this could have been handled. I am all for freedom of speech, and think that people who absolutely hate Anthro should have just as loud a voice as those who love it. But free speech mustn’t be confused with abusive rhetoric whose sole discernible purpose is to denigrate.”

There’s this naïve belief pushed by social media gurus that all posts are sacrosanct — that “in the spirit of social media,” censorship is what’s evil, and that neither corporations nor individuals should touch or delete any comment or post, with the exception of spam.

I’ve always responded to this notion with a “B” and a mighty big “S.”

More importantly, it’s part of your brand, and what you allow others to say alongside your brand reflects on it. Would you give your enemies, random trolls, ex-employees, and current competitors an open microphone in your physical space? Just as a restaurant owner wouldn’t tolerate a ranting, raving patron for very long, neither should you feel obligated to allow someone on your social turf to rant and rave.

Indeed, as Anthropologie discovered, allowing abusive rhetoric can be far more damaging than blocking it. Allowing cyberbullies to attack your most devoted and influential customers is bad business on many levels — it could even lead to a lawsuit from the victimized.

Although late to this realization, Anthropologie eventually deleted the offensive comments and issued the following statement on its Facebook page:

“Thanks to those who kindly voted…notice we said ‘kindly.’ We’re disheartened some chose to make unkind comments about the participating bloggers. To not like our fashion is one thing but to be rude to fellow women is uncalled for. (We hold you to higher standards!) One last note: to the 23 gals who gracefully accepted our styling challenge, we say ‘brava!’ Nothing can take away the fun we had, nor inhibit your fearless style!”

The statement worked, eliciting over 420 “likes” and 60 positive comments from devotees (including my wife, who kept me posted on every post). That’s at least 420 customers who were upset by the transgressions.

In sum, social media can effectively and even enjoyably promote a brand, but like any public medium, it must be monitored and moderated. While we marketers love to create edgy, provocative campaigns that “push the envelope,” the presence of malice is never fashionable.