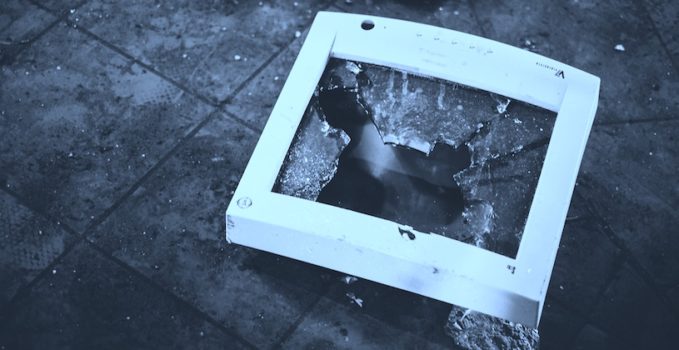 And The Standards Go Out (The Browser) Window: Banner Ad-Nauseam

When was the last time you clicked on a banner ad? If you’re like most people, the answer lies somewhere between “never” and “I don’t remember”…

Since most banner ads are sold on a CPM basis (CPM = Cost Per Mille = 1000 views) ranging from about $2 to $10, that’s one expensive click. (And, note, a click is not a sale. How you convert those $10 clicks into sales is what guys like me get paid to figure out.)

Now, you’ll find many reasons why banner ads are as popular as hockey games in the desert. I described a few of these reasons in my post “Stop With The Dancing Cartoons Already: 7 Tips For Better Banners”. And the reasons still stand: boring and annoying banners compel consumers to ignore them — or even technologically block them.

Even worse: ad blindness. The ads are there, but nobody notices. So your 1,000 “views” may be more theoretical than actual.

Now you might be thinking, any ad platform that dismal should fade away like a one-hit popstar, right? To the contrary: U.S. advertisers spent $6.23 billion on banner ads in 2010 — and that spending is growing. Which proves that drug abuse is as high as ever in America.

How do advertisers justify wasting money on banners? Easy: by disavowing the click.

“Even the staunchest defenders of banner ads concur that an average click-through rate of 0.1% is very low. But the numbers aren’t so bad, they argue, if you take into a account that not all ads are designed to be clicked. While a portion of banner ads contain a so-called ‘Call to Action’ like entry into a sweepstakes, some banners are designed for branding purposes. For instance, if Coca-Cola runs a banner on a youth-skewing site, the brand may be more interested in raising awareness than getting someone to click.”

Wait, did I just read that correctly? The ads are not designed to be clicked? I thought that was the whole revolutionary point of digital media: it’s interactive and it’s measurable. No more guessing about effectiveness, results or ROI — you just count the clicks and track the consumer’s clickstream throughout your site and beyond.

…until those metrics start to suck. Then we’ll use the same lame excuses that we ridiculed traditional media for using. You know, that it’s not about immediate results, that it’s really about, um, awareness and the, uh, what’s that word? You know, it starts with a B… B-b-brand! That’s it, brand! Digital media advertising is about branding! And awareness! And did we mention branding?”

In other words, instead of $2-$10 CPM, you can generate the same results with a sticker on a lamppost.

Now, of course I believe in digital media advertising. I teach it and create it. I also believe in relics like newspaper ads, booths at conventions, and giving T-shirts to college students. You do what works — and if the numbers start looking dismal, it’s time to make new strategies, not old excuses.