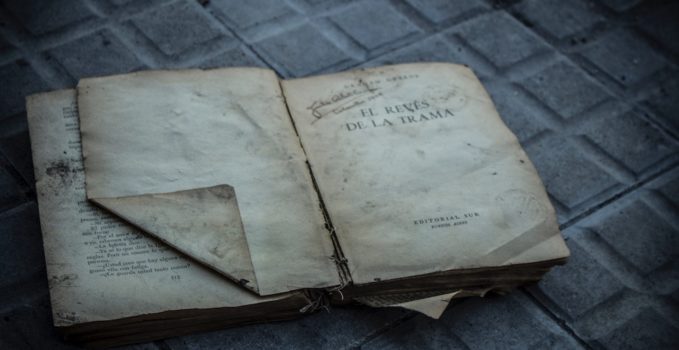 As yet another public service, I’ve identified a few words and phrases that have been so overused, misused, and abused that they no longer have any meaning. (Kind of like the joke in an average Saturday Night Live sketch.) These terms sound important without saying anything, which makes them ideal for press releases and political speeches…

Note: I have not included all the jargon that bugs me, such as “best of breed” used in reference to non-animals. That’s because some jargon still conveys meaning, even if hearing it feels like a rusty nail file is being scraped over my frontal lobe.

This list also excludes annoying slang, such as “bling” (calling jewelry “bling” is like calling a train a “choo choo”), because most slang terms eventually die, particularly when middle-aged white people start using them.

That said, here are a few Words Sucked Dry in no particular order:

1. Mission Critical: This term once referred to anything that’s vital for fulfilling a company’s primary purpose, such as a fire truck being “mission critical” for firefighters. Now it’s applied to pretty much anything a company wants to sell to another. Desk-pad calendars? Why, they’re mission critical, because without them, how can you keep track of vital lunch dates?! It’s also applied to anything a manager wants to do that’s not part of his job description: “I have a mission critical lunch date with the hot new girl — I mean, junior executive — in accounting…” The term “mission critical” now simply means “business related” — at best.

2. Unparalleled: I learned this one at MCA Records when I had to write biographies for artists with rather uninteresting backgrounds. I simply wrote that so-and-so has an “unparalleled” background in music, or had taken an “unparalleled” path to the top. Literally, “unparalleled” means “having no equal or match,” which means “different.” And if the best you can say about something is that it’s different, that’s not really saying much.

3. World Class: One of the worst car commercials ever was the one that introduced Daihatsu to America. It featured industrial video clips of a factory with a voiceover straight out of a 1960’s elementary-school science film describing Daihatsu as “world class.” That essentially killed the term forever, particularly since the Daihatsu was a small cheap car with a tiny engine and about as much sex appeal as Donald Trump in a unitard. (My apologies for putting that image in your head.) Not surprisingly, the brand lasted all of four years in the U.S. Literally, “world class” refers to any product that can compete in the international marketplace, but since most consumer products in today’s America are imports, isn’t everything “world class”?

4. Hero: I know this word has sentimental value to a lot of people, and I don’t wish to offend anyone who has genuinely done something heroic. However, when the term is applied to Olympic athletes or multimillion-dollar baseball players, it loses all credibility. “Great athletes”? Certainly. “Sources of inspiration”? Perhaps. “Heroes — just like all those people who risk their lives to save the lives of others”? Uh, not so much. Real heroes should actually help someone at great risk to themselves — simply joining the military isn’t enough. The worst examples of hero abuse come from the business world, such as “Henry Paulson hailed as a hero for stemming market slide…” Oh, hell no.

Throw in the TV series “Heroes” and the video game “Guitar Hero,” and the word has completely burnt out (as have that series and the game). Indeed, it’s ripe for ridicule, as my frequent collaborator Dane Boedigheimer has done in this video:

5. Executive Experience: Don’t get me started on this one. You just need to know the name of the most famous dingbat who claimed it: Sarah Palin.

6. Revolutionary: A term used for everything from Web 2.0 startups to razor blades. Unless you’re changing the way an entire industry operates, like iTunes did, you’re about as revolutionary as a new pancake topping at IHOP.

7. Leader/Leading: I already skewered this in “How (Not) To Write A Press Release.” Briefly, every company in the universe describes itself as a “leader” or a “leading provider,” even if they just started yesterday. But if everyone’s a leader, then who are the followers? A “leading” company should actually be leading its rivals into some new practice or technology. The Toyota Prius? Definitely a leader. The Hyundai anything outside of Korea? No. A genuine leader should also actually rank near the top of their industry according to some criteria, like revenue, or amount of taxpayer dollars needed to bail it out. This word is now completely meaningless in business — time to think of others.

8. Cool: Finally, “cool” as a business term has been dead and tired for decades, but businesses still use it to describe anything they want to sell to young people. “Check out our cool back-to-school supplies” or “we’ve got cool electronics” or “are you looking for cool lunch meats?” Note: If you call yourself “cool,” you’re not…. unless, of course, you’re using the word ironically. Cool, huh?

OK, I’ve had my rant. Now it’s your turn. Got your favorite burnt-out business terms? Please fill me in!

P.S.: Patrick Byers has written a post on annoying jargon at his Responsible Marketing Blog. It includes a handy list of terms that will help you annoy your officemates and get you promoted to middle management.