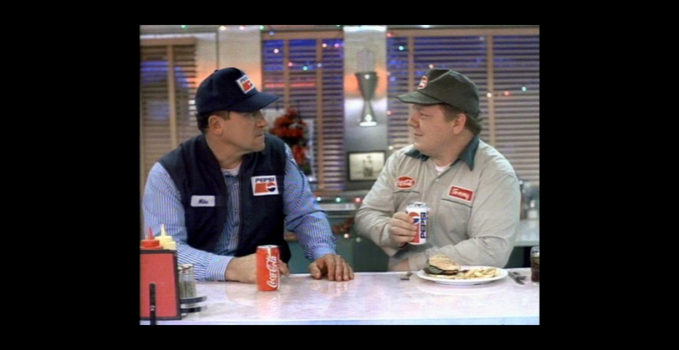 Rules of Competition: The Magic Number is 2

During the 2008 South Carolina Democratic debate, Barack Obama and Hillary Clinton spent the evening attacking each other instead of addressing the issues. I was completely irked by their misbehavior — then realized this was classic marketing strategy in action…

In many industries, from soft drinks to sneakers, the top two battle viciously. Yes, they want to wrest market share from each other. But the key effect of this one-on-one face-off? It excludes Competitor Number 3 (and any other upstarts) from the conversation and, ultimately, from consumer consideration.

The classic example is Pepsi vs. Coke. This decades-long competition has involved an arms race (in ad expenditures), channel hijacking (such as Coke snatching the USC campus rights from Pepsi), and direct ridicule (Pepsi loves to position Coke as stodgy and old).

The loser in this battle? Anyone else who dares to challenge the top two. Ever hear of RC Cola? This 103-year-old brand is now synonymous with the word “irrelevant.”

Back in South Carolina, the New York Times reported that Edwards “had to fight to speak.” He even had to remind moderator Wolf Blitzer, “There are three people in this debate, not two.” But to no avail. Edwards finished a distant third in his birth state, and dropped out of the race. Having successfully driven Number 3 from the contest, Obama and Clinton proceeded to have a genial, issues-centered debate in L.A.

On a higher level, the Republicans and Democrats focus only on each other, which keeps those pesky independents and third parties out of the national limelight.

Here are a few other benefits of a fierce rivalry between Numbers 1 and 2.

For these reasons, if Number 2 didn’t exist, Number 1 would have to create it.

So what lessons can we draw from this?

If you’re Number 1: Identify a Number 2 in your category and gradually escalate your rivalry. Go too fast and hard and you’ll crush it out of existence. Should that happen, immediately find new arenas to fight in before anti-trust regulators come knocking.

If you’re Number 2: Focus your ads on Number 1. This positions you as the beloved challenger and possible equal. Don’t even acknowledge other competitors. And by all means necessary, don’t slip to Number 3!

If you’re Number 3: Do something completely different. You won’t win the ad wars, so focus on innovation. Nintendo was the odd one out versus PlayStation and Xbox, so it launched the groundbreaking Wii. Red Bull didn’t enter the soft drink market; it launched itself in night clubs as an energy drink and high-priced vodka complement.

“The rule of threes” is a key element of comedy, perseverance (“third time’s a charm”), and fairy tales (three bears, blind mice, little pigs). But when it comes to competitive strategy, the magic number is two.