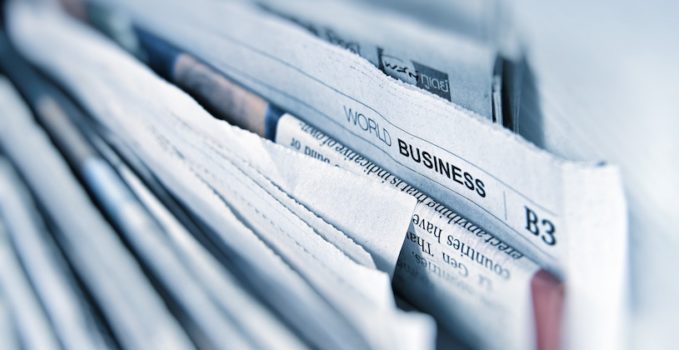 Don’t Attempt This At Home: Your Own P.R.

Handling your own public relations is like serving as your own lawyer in court. Possible? Yes. Advisable? Not so much.

I write this in response to the NY Times article “Which P.R. Firm Do You Use?” by entrepreneur Jennifer Walzer. Walzer describes her success in handling PR for her tech startup. Her achievements certainly deserve kudos (whatever a kudo is), and she provides smart tips on scoring media coverage.

The problem? The same as with any recitation of “best practices”: these tips won’t work for everyone. Even if you’re capable of doing everything Walzer prescribes, there are good reasons why you shouldn’t bother.

That “occasionally” should be written in all caps, boldfaced, and triple underlined instead of casually slipped in between a softening pair of comfy parentheses. Indeed, I’d also throw in “if you’re lucky, amigo.”

An entrepreneur can spend weeks networking directly with editors and writers — not just the connections of editors and writers, as Walzer suggests — and still not generate any interest in a story. Seriously: just because you meet the editor of a major publication at a party doesn’t mean they’ll say, “Hey, someone I just met at a party, I’ll publish a story about you!”

At the same time, is media hounding the best use of an entrepreneur’s time? Perhaps if your business model is mostly on auto-pilot: your movie is already in theaters, your product sales are being handled by Amazon, or your coffee shop is run by capable managers.

But if you’re like me and most other entrepreneurs, the primary activities of your business require your hands-on attention, and your networking focuses on customers not journalists. Sure, you can hop parties in hopes of finding a New York Times editor or Oprah’s producer hanging by the punch bowl. But your better bet is to hire an experienced PR pro who already has those relationships and — critically — knows the right way to approach that editor and that producer. The editor and producer in turn can trust that the PR pro knows what she’s talking about and isn’t just some schmooze artist with a fancy business card.

Walzer also says that “your story has to be interesting.” No kidding. That’s like telling an aspiring athlete “you need to impress the pro scouts.” Details, por favor! Trying to identify a newsworthy story usually takes the savvy of a PR strategist who has evaluated the target media for years. That PR pro knows what sells and what doesn’t.

Walzer admits that her own story is a no-brainer that’s “not something I think about very often”: as a female CEO in the tech industry “my status as a minority… has gotten me attention.” How convenient. What if Walzer were yet another guy with a tech startup? An editor can’t stroll through the sidewalk cafes of Mountain View, California, without bumping into at least a dozen dudes with business plans in their back pockets. What could their compelling stories be?

Well, that’s what a PR pro has spent years of training and practice to determine and to create. Sometimes the story has to be brainstormed and developed and involve, say, collaborating with a non-profit or doing something outlandish. Contriving a story or staging a publicity stunt unprofessionally could result in little more than rolled eyes in an editorial office. (Unless the stunt makes for a great FAIL article.)

Finally, there’s Walzer’s suggestion that entrepreneurs “try writing your own stories.” That’s simply scary. As I lampooned in an earlier post, most press releases coming out of corporate America destroy brain cells upon impact. Unless you’re a Pulitzer Prize nominee, have a professional tell your tale.

Now I understand that entrepreneurs strive to do everything themselves, partially because they want to save money, but mostly because they believe they can. Tell them to hire a professional photographer to shoot their products, and they’ll pull out their Canon PowerShot and say “I’ve got my photographer right here!” It’s this can-do ‘tude that makes them entrepreneurs in the first place. That’s why I love hanging with entrepreneurs: their confidence is inspiring and contagious.

But what I say to them is, yes, you’ve got mad skills, but even if you’re a Renaissance superhero, you’re still limited to 24 hours per day. Why not focus your valuable hours on your key business activities and trust experts to handle the rest? The pros have the expertise, the experience, the connections, the tools and — most importantly — the time.

I myself know PR strategy. In fact, I teach it. I also write press releases professionally. But when it comes to pitching stories to the media and developing overall publicity plans, I turn to true PR professionals. Although their services cost money, it’s money well invested. By doing what they do, they free me up to do what I do best and what I enjoy most.