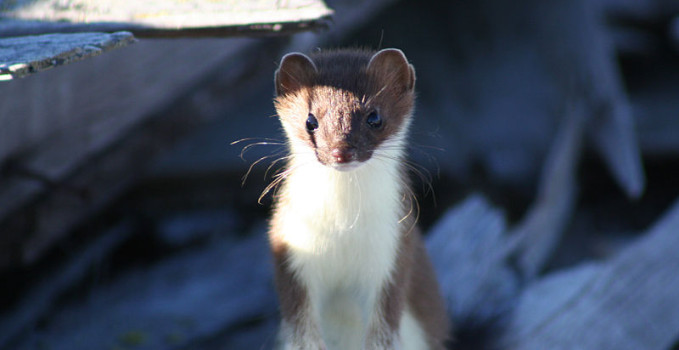 by Freddy J. Nager, Founder of Atomic Tango + Guy Who Was Taught Early On To Not Take Candy Or Facebook Posts From Strangers…

So you’re killing time on Facebook, hoping to chance upon some juicy updates about your ex, or at least a cat video or three, but there, in the middle of your personal news feed, you come face-to-face with THE LEAST INTERESTING POST IN THE WORLD…

“I just remembered that I made plans to see a movie tomorrow night, so I won’t be able to make it to Norbuck. Are you running Saturday?”

No, that’s not your friend trying to flake out and make new plans with you. That would be annoying yet still interesting. Rather, that’s a post from a person you completely don’t know who happens to be friends with your sister-in-law who lives 1000 miles away.

Yes, a post from a stranger is in your stream.

And that’s when you fume and curse and demand that the gods punish anyone whose name is Mark Zuckerberg. Because not only is Facebook foisting posts from absolute strangers into your news feed, they’re doing so in place of posts from your actual friends.

In case you didn’t get the memo, Facebook does NOT show you everything your friends post. Facebook’s socially challenged algorithm shows you posts only from friends you interact with frequently… as well as complete strangers. That’s supposed to make your news feed more “relevant” to you (except for the strangers, of course), but it actually means you won’t see the announcement from your somewhat distant friend about her engagement, and she’ll wonder why you didn’t congratulate her, and that in turn leads to that friendship fraying, which enables the weasels at Facebook to say, “See, you weren’t that close, anyway… But hey, how about that person you don’t know who’s friends with your sister-in-law who lives 1000 miles away?”

Yes, Facebook is deciding whom you should socialize with. Not even your mother went that far. (At least we hope not.)

Because not only does Facebook show you posts from strangers, your friends will see posts from people they don’t know as well — i.e., friends of yours who didn’t think to privately message you, and instead posted on your profile wall something like, “Hey, it was great getting wasted with you on peyote buds last night and rolling around in chocolate syrup and corn flakes. Best dinner ever! Want to come over and worship Cthulu again with me tonight? We both know you’re trying to avoid your girlfriend, right?”

Actually, that would be kind of interesting for your other friends. But you get the point: Facebook is trashing your privacy again because somewhere in their weasels-on-crack mentalities, a brain cell died.

Now, short of quitting Facebook and definitely cutting yourself off from your social network (not to mention all the awesome cat videos), you can at least hobble the assault on your privacy. It’s not easy — Facebook’s weasels don’t want you to take control — but following these steps will get you back on track to minding your own business:

In this small way, you’ll protect your privacy and we’ll all be spared personal messages from strangers in our timelines. It’s not quite making the world a better place with unicorns sliding down rainbows made of Gummi bears. But at least it helps us keep the weasels in check.