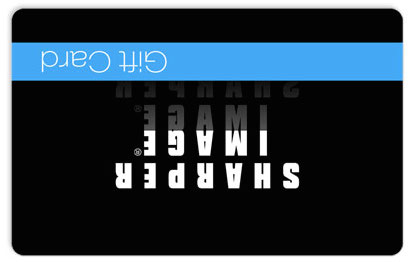 Marketing During a Recession, Part 2: Honor the Fallen (Retailers)

One company’s tumble is another’s primo opportunity — if that opportunity is approached creatively…The gadget-fetishist known as Sharper Image recently declared Chapter 11 bankruptcy. Apparently, far too many mall shoppers liked scoring a free tweak from their $4800 massage chairs, but few took one home.

(Side note to gadget retailers: offer low-priced impulse-buy items alongside your high-end toys. This promotes frequent shopping, cash-flow, and interest during the non-holiday season. Best Buy does this with DVD’s, games, and music, which gets consumers into the stores where they might check out that new flatscreen.)

While Sharper Image might emerge from Chapter 11, the only consumers who really care are those holding Sharper Image gift cards. Wrote the L.A. Times on March 18th…

“Sharper Image announced late last month that it would stop accepting gift cards, at least temporarily. It urged shoppers to check the company website later this month for an update. That is typical of businesses that reorganize under Chapter 11 bankruptcy, which treats gift cards as a loan to the company, not as cash.”

I wonder how many consumers who bought $26 billion in gift cards last Xmas knew that they were providing companies with interest-free unsecured loans.

When word about its gift card limbo got out, the company’s chief rival, Brookstone, offered to “exchange Sharper Image gift cards for 25% off any purchase, no matter the amount of the gift card or the cost of the item.”

How brilliant is that? By honoring Sharper Image’s gift cards, Brookstone accomplished all the following:

Now, capitalizing on a competitor’s misfortune is nothing new. What I admire is Brookstone’s clever, seemingly altruistic approach.

So look around your industry (always watch your competitors’ every move, good times or bad). Whether it’s airlines or banking or coffee, someone’s hurting. Now don’t have any qualms about playing vulture. JP Morgan Chase surely didn’t feel any remorse with its lowball offer for Bear Stearns. It’s every company for itself in tough times. And since you’re actually serving stranded customers while saving yourself, your shareholders and employees, think of it as a good thing. If the thought still makes you uncomfortable, I hear Sharper Image is offering a great deal on massage chairs…