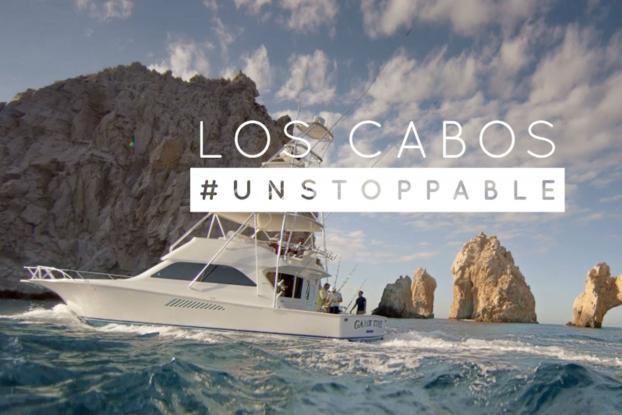 Now, one could argue that this vague generic hashtag “created awareness” of Mexico among tweeters using #unstoppable for other reasons, but that’s like a firing a shotgun in all directions while blindfolded in a forest hoping to hit a squirrel big enough to feed an entire family. Such wishful “thinking” has made Twitter a waste of time and money for most brands.

In other words, quite #stoppable.

This isn’t the only example of hashtag abuse — in fact, it’s far from the worst. At the least, the Mexico Tourism Board did promote #unstoppable on billboards and other outdoor ads, which is how I first saw it.

Yes, a poster on a bus stop can do more to create awareness than anything you do on Twitter.

The integrated marketing at least gave #unstoppable a slim chance of being associated with the campaign.

In general, most marketers don’t know how to use hashtags effectively. (Not surprising — even Twitter execs aren’t very good at using Twitter.) They just deceived themselves and their clients into thinking hashtags make them look “trendy” and “tech-savvy,” when it really makes them look clueless.

Since inane marketing hurts our entire profession, I’ve created this list of tips for hashtags. You’ll find a lot of other articles explaining what to do, but they apparently don’t get read. So I’m taking the opposite approach because it might receive more notice and, well, being a contrarian is much more fun.

So if you’re running an ad for something like, say, a tourist resort — glamorous but not gossip-worthy — just promote a good old fashioned web address in it. I know, web addresses are so Web 1.0, but a website enables people to learn more about your product and give you money. In addition, interested users on your website could help boost its search engine optimization. At the end of the day, why detour your customers to boost Twitter’s traffic numbers when your website is where you need them to be?