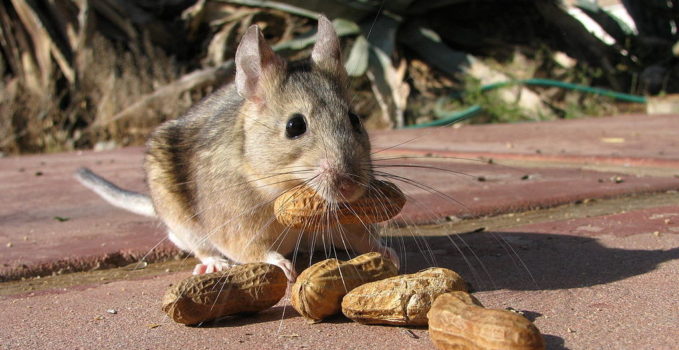 Bring on the Packrats! How To Boost Your Sales With a Hoarding Frenzy

It’s only a penny, but it’s compelling millions of consumers to rush out and stock up before it’s too late…

Yes, we’re talkin’ postage stamps here, which have plummeted in popularity since the advent of email. And yet, with a one-cent postage increase coming May 12, consumers are snapping up “forever” stamps that will cover the cost of mailing a letter eternally.

According to The Mercury News, over 5 billion “forever” stamps have been sold with “an additional 5 billion in stock to meet the expected demand before the May price change.” In cash flow terms, that means the Postal Service has already raked in $205 million from the “forever” stamp, with another $205 million anticipated over the next three months.

In addition, we all know that many of those stamps will find their way to the backs of desk drawers before teleporting to that mysterious land where things like socks, USB flash drives, and campaign promises disappear. So most of that cash will serve as a bonus for the Postal Service. Hopefully, they’ll know how to invest it — but that’s a topic for someone else’s blog. I do marketing, and I see announcements of future price increases as a brilliant tactic.

Now, hoarding is nothing new. It dates back to ancient times when villagers stocked up on frankincense and myrrh after three wise guys perpetrated some inspired influencer placement.

More recently, hoarding led to the real estate bubble when consumers believed there was a limited simply of property in places like Las Vegas. (Talk about putting the “con” in “condo.”) And in the ’90s, the world experienced some bizarre mass fetish with Beanie Babies that scientists still can’t explain.

So how can you stimulate a hoarding frenzy to benefit your own business?

1. Pick a unique product that already has demand and limited supply.

Obviously, collectibles such as artwork and fine wines fall into this category, but so do certain mass-market brands. When Nike releases a limited-edition shoe, teens swarm their local FootLocker to claim their pair. But caveat emptor: most electronics are not hoardable, since consumers know that their prices will decrease. While Nintendo managed to achieve hoard-worthy status for its Wii, Apple fanatics who tried to hoard the iPhone got iScrewed.

2. Make sure that product is easy to hoard.

Everyone knows gas prices will increase, but few people have the facilities to stash gas. Perishables also aren’t a good candidate, for obvious reasons. But since paper is easy to hoard, you can sell certificates to buy future products at the current price. What if you could buy “forever” coupons for gasoline now at $3/gallon (while supplies last)? Or “forever” tuition credits at a state college at current levels? Or a “forever” airline ticket from L.A. to New York based on 2008 prices?

3. Make sure cornering that market is legal.

The diamond company DeBeers got nailed for their marketing practices (apparently, diamonds are not really rare). On a smaller scale, you can’t legally hoard water or fuel and then profit it on it during a natural disaster; that’s illicit price gouging. So stimulate hoarding only for a product that you uniquely produce (if a lot of competitors carry the same products, this tactic won’t work), and that lives don’t depend on (you got that, pharmaceutical companies?).

Most businesses hesitate to announce any kind of price increase, but for certain products, it might make sense — and dollars. For example, if Trader Joe’s were to announce that the price of my favorite coffee brand would increase 25% tomorrow, I’d rush out to buy at least a week’s supply. Yes, I drink about that much. (Note to Trader Joe’s: please ignore this blog and forget everything you just read.)

If it’s too low, most people won’t care, and financially savvy ones will calculate whether it’s more profitable to invest in bulk purchases or keep their money in a savings account. If it’s too high, you could discourage customers from making purchases after the increase goes into effect.

If you announce a price increase to stimulate hoarding, then not follow through or lower prices later, consumers could revolt against you in the form of false-advertising lawsuits. Instead, base the increase on external factors that consumers can’t blame on you — say inflation or wage increases or limited supplies — stick to your promise.

Arbitrage is the practice of buying something cheaply and selling it for a higher price at a different time or place. For example, someone could buy tons of stamps at 41 cents then selling them for 41.5 cents after May 12. (What some people will do for an extra half a penny…) If you don’t want to see your “forever” product wind up on eBay, you could limit its purchases per person, which doesn’t usually work, and goes against your hoarding stimulation strategy in the first place. So why not let arbitrage happen? After all, it’s the stories of Nintendo Wii units selling for $500 that help fuel the demand.

Some marketers might say what I’m recommending is unethical, but if your business has to increase prices anyway, isn’t it more ethical to give consumers fair warning and allow them to stock up?