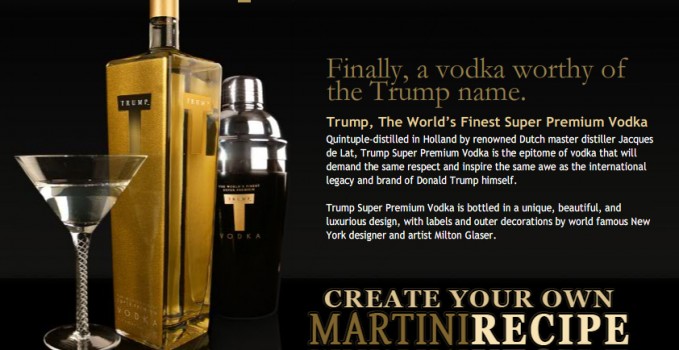 I recently read a book that recommends naming your company after yourself to make your brand “authentic.” Hmm… Freddy Nager Productions? Uh, no — sounds like a nightmare on Elm Street.

My personal name issues aside, here’s my advice to all other entrepreneurs: If you plan to remain a small operation (like a law practice), you might consider naming your company after yourself. Otherwise, create a name that’s original and creative. Sure, naming a company after yourself is easy, but you’ll get more mileage from an imaginative name — and avoid a few headaches down the road.

If you still have the urge to go eponymous, review this checklist:

1. Is your name easy to remember, spell, and pronounce?

Most names are difficult to remember, even celebrity ones. (How many of you have ever said, “What’s the name of the guy in that movie — you know the one, what’s his face?”) Now if your name is distinctive like, say, “Magic Johnson,” go for it: you’ve got an easy household name with a generally positive image.

But if you’re Arnold Schwarzenegger, no amount of fame is going to help fans spell your name off the tops of their heads. I still have to look up Schwarzenegger every time I spell it (10 consonants, 1 a, 3 e’s… no wonder all his campaign posters just said “Arnold”).

2. Is your name unique, interesting, and appropriate?

If it’s Bob Smith, no offense, but that won’t stand out from the crowd. Tiger Woods? Go for it. But if your name is McDonald or Sal Minella, give up any hope of launching a fast-food chain named after yourself.

3. Will you control your company for the rest of your life?

From Bear Stearns to Haliburton, plenty of companies are giving their original founders a bad name.

Take the case of “Charles Shaw,” the name on Trader Joe’s famous “Two-Buck Chuck” wine. Shaw, a respected vintner in his time, has nothing to do with the current Charles Shaw product: he lost control of his self-named winery to his ex-wife, who sold it the controversial Fred Franzia, who then turned it into a discount brand.

The more likely scenario is an investor such as a VC removing the company’s founder from any kind of responsibility. Suddenly, the entrepreneur finds the company bearing his name beyond his control. Hope he got at least an 8-figure investment for that privilege.

One other ramification to consider: If you plan to sell your company, but don’t intend to remain part of it, the buyer might not want your name. Since much of the value of a company is its brand, the buyer might discount their bidding price.

4. Can you control yourself for the rest of your life?

It appears that Martha Stewart’s empire emerged mostly unscathed from her prison era — indeed, her association with K-Mart probably did more to damage her brand than her brush with the law.

But how about BRITNEY SPEARS™ Believe, the perfume whose slogan is “the greatest freedom is to believe in yourself”? I’m not exactly sure what that means, but I don’t believe that the BRITNEY SPEARS™ fragrance brand is all its creators believed it would be.

And if you’re Rupert Murdoch, OJ Simpson, or George W, you might consider keeping your name to yourself. I’d even advise Donald Trump to knock it off: last night I was shopping for vodka when I came across an eye-catching bottle, but as soon as I saw that “Trump” logo, I laughed and moved on.

(P.S. I looked up the Trump vodka website — which is no longer up — and found this lovely description of the brand: “Finally, a vodka worthy of the Trump name… Trump Super Premium Vodka is the epitome of vodka that will demand the same respect and inspire the same awe as the international legacy and brand of Donald Trump himself.” Um, Donald, next time you should consider hiring a writer. Seriously: the “epitome of vodka”?)

Even if you’re a model citizen loved by everyone, someone with a similar name could come along and wreak pure havoc (Bobbi Brown, please meet Bobby Brown; Bush Baked Beans, meet Bush Baked President).

5. Will you control your own name for the rest of your life, or go wild with it?

6. Will your name mean anything in the after life?

Ford and Disney are holding up, but Sears is not faring well, and Montgomery Ward is six-feet under. While what happens after you’re kaput might not matter to you, potential buyers and investors might not want a name that has no posthumous staying power. If you’re integrally tied into the brand of your company, the second you get a head cold or talk about your love of shark diving without a cage, the stock value starts to tumble.

So there’s a lot more to consider about using your name beyond issues of “authenticity.” In fact, since most law firms are named after their partners, I’m not sure how much that “authenticity” is worth, since this may be the only time you’ll ever see the words “lawyers” and “authentic” in the same sentence.

And contrary to what some books may tell you, there are plenty of solid, profitable brands out there — from Nike to Apple to BMW to Google — that didn’t have to get personal to be authentic.