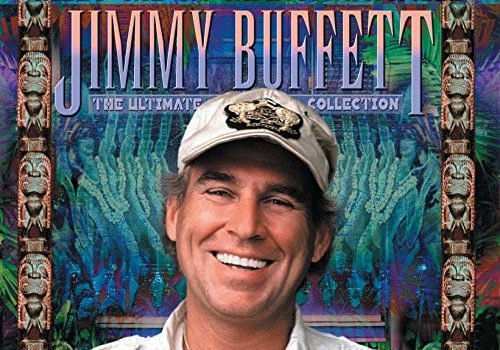 Business The Buffett Way — Not Warren, But Jimmy

Want to see a brand done right — and gone wild? Go to a Jimmy Buffett concert, but don’t bother with the music performance.

If the weather is even tepid and the space permits, just hang out in the parking lot tailgate party. There you’ll find Buffett’s hardcore fans, the “Parrotheads,” dressed in shark outfits and coconut-shell bikinis (not only on women). You’ll hear battery-powered blenders cranking out margaritas by the gallon, and stereos blaring out Buffett tunes with already-buzzed tailgaters singing the choruses. (Buffett writes sing-along songs for grownups.) I saw one guy with the complete set-up: sipping a spiked fruity beverage in a lounge chair beneath an umbrella on a pile of sand filling his pickup bed.

But this mania is not driven by number-one hits — far from it. Only Buffett’s signature track “Margaritaville” from 1977 had any chart success, primarily because tropical-flavored folk doesn’t fit the established (and overly restrictive) radio formats. When I worked at MCA Records, Buffett’s music was managed out of our Nashville office, but we rarely heard him on country radio. And at 62, Buffett’s now too old for the pop stations that play his younger counterpart, Jack Johnson.

So how’d he do it? As one of his songs says, by “quietly making noise.”

Jimmy Buffett built a cult brand over decades by feeding the populist need for escape, one concert at a time.

In the Northern Hemisphere, that escape fantasy usually consists of lounging on sun-drenched beaches with big colorful drinks and very long straws. Buffett has adhered to that image without waver — that’s brand consistency for ya. Other musicians have built cult followings without many radio hits, such as the Grateful Dead, but Buffett built a business empire that would make Warren proud. And unlike other businesses these days, Buffett’s empire is thriving.

When times get tough, Buffett’s fans postpone their trips to the Bahamas and turn on their sun lamps, queue up his records, and start seeking their salt shakers. If they have a bit more dinero, they can venture to one of his Cheeseburger in Paradise restaurants or, for the high rollers, his Margaritaville casino-resorts. There’s a new one being built by Harrah’s in Biloxi, Mississippi for $700 million at a time when many other casino projects can’t get financing.

But $700 million is nothing for this brand: Buffett alone takes home an estimated $40 million per year off his concerts, restaurants, tequila, bestselling novels, flipflops and more. Oh, and music, too.

Now, if you don’t dig on Buffett, you might think most of his songs and albums sound alike, but that’s the key to his appeal: consistent fan satisfaction. (Kind of like how a McDonald’s burger tastes exactly the same everywhere in the world, any time of day.) He doesn’t switch styles: musical genres have come and gone while Buffett has done his thing for decades. And that’s exactly what his fans want. The worst thing a cult brand can ever do is betray its fans. Change must come gradually, if at all.

So today, Buffett’s still the proud pope presiding over a benevolent empire that transcends CD sales and is largely immune to shifts in musical technology, the nightmare freefall that’s radio-and-records, even the economy. No bailouts required.

Leave it to a veteran of the tropics to show us how to weather a storm.