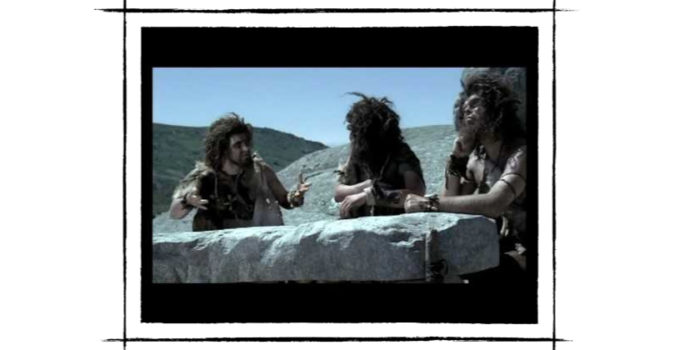 Don’t Believe Everything You Hear: Why Listening to Your Customers can be Hazardous to Your Health

Last week I hit the Digital Media Summit in the coolly atmospheric Hollywood Roosevelt Hotel. There I heard speakers so intently spinning facts and sidestepping questions, I thought I was watching a Bush administration press conference…

My favorite line came from a Hollywood agent who clearly graduated from the Donald Rumsfeld School of Verbal Contortion. One of his clients is Anhueser-Busch, and when asked why Bud’s Hindenburg-sized venture bud.tv failed, he responded, “Did they really fail or did they just not succeed?” Weasel boy then touted the fact that Bud scored millions of dollars of press coverage because of bud.tv, and I thought, yeah, right, next to the word “failure.”

Then came the exec from Forrester Research. Engaging and eloquent, she told humorous anecdotes all in a clear voice — a welcome refreshment after the speaker before her (a statistics junkie who lulled the crowd into a coma). The audience applauded her enthusiastically and lined up to buy her book. Too bad her simplistic advice would cost most companies an arm and both legs.

Her topic was the consumer “groundswell”: how the Internet has given consumers the power to take on corporations, whether by using the Web to organize fellow consumers, or by posting their complaints on YouTube. She gave several examples, including the infamous video of the sleeping Comcast technician:

She then noted that companies who try to remove such incriminating evidence and other critical media from the Internet have found that “it’s like removing pee from a pool.” I applauded her for that awesome line. Indeed, I thought she was spot on with her observations: the web has given consumers a bigger voice (and that’s a good thing).

Then came her advice: Companies need to listen to their customers. Uh-huh. Could you be a little more obvious and clichéd, por favor? While that sounds like good advice on the surface, embarking on a corporate-wide campaign to listen to customers can be expensive and even damaging.

Take another example that she presented: the TV series “Jericho.” When CBS canceled the series because of its low ratings, “Jericho’s” fans organized a protest by sending 20 tons of nuts to a CBS executive. (In the last episode of “Jericho,” a character says the word “nuts.”) In response, CBS reinstated the show… only to cancel it again shortly thereafter when ratings didn’t pick up. Thanks, fans.

The speaker then moved on to her next anecdote, but I’m thinking, whoa, hold on: “Jericho” proves that a company shouldn’t listen to its customers. So when Q&A came around, I asked her about it: A vocal minority cost CBS a lot of money, so how does a company distinguish a vocal minority from the true sentiments of the majority?

She mumbled something about CBS not actually losing money because they got a lot of publicity and were able later to re-air the show on cable. So I rephrased my question, hoping for a more general strategy on how to address consumer protests. And she still talked about CBS. Typical corporate researcher: great on facts and findings, not so great when it comes to solutions.

So how should a company approach its customers? Since she wouldn’t answer, I provide these suggestions:

2. Determine who your most important customers are. Anyone who’s worked in a service business, such as a restaurant, knows that not all customers are created equal, and some are downright annoying. For example, each sales rep at upscale department store Neiman Marcus keeps a book on her customers. That enables Neiman to identify the 10% of their customers who generate 90% of their income. They can then cater product selection and services to that 10%. So analyze your CRM data and consult your sales team before deciding whom you should listen to. Otherwise, you could pull a Dunkin’ Donuts and do more damage than good.

3. Trust experience and expertise. Auto-industry pioneer Henry Ford once said, “If I had asked my customers what they wanted, they would have said a faster horse.” And focus groups, that long-standing crutch of timorous and indecisive executives, have famously rejected the minivan, telephone answering machines, and the hit TV series “Seinfeld.” I love this example of a focus group (produced by a division of ad agency FCB):

So rather than take customer input at face value, have your executive team and agencies process the information and generate strategic solutions. That’s what you hired these experts to do in the first place.

Before launching Red Bull, Dietrich Mateschitz hired a market research firm, who found that “People didn’t believe the taste, the logo, the brand name.” Indeed, they found the taste and sticky mouth feel “disgusting.” Had Mateschitz strictly listened to this research, he would have abandoned ship and ventured elsewhere. Instead, as an entrepreneur and not a corporate middle manager, he considered this feedback, then used his own creativity and insight to develop a unique solution. He asked himself, where would consumers willingly pay a lot of money for a bad tasting drink that affects them physically? The answer: where they always do — bars and clubs. And hence, Red Bull became a trendy cocktail mixer.

4. Treat your customers like you’d want to be treated. Yes, it’s the clichéd golden rule, but following it is a lot cheaper than trying to repair the damage. So, Comcast, if you don’t like videos on YouTube that make you look like schmucks, stop treating your customers like proletariats in an old Soviet bread line. You don’t need expensive research to know that.

Nobody needs to attend digital media summits in Hollywood to know the right way to treat customers. Rather than spending millions of dollars on technical solutions to solve the customer complaint problem, how about eliminating the reasons behind those complaints in the first place?

P.S. If you have a suggestion on how CBS should have handled the “Jericho” situation, I’d love to hear it.

P.P.S. Apparently, listening to customers drove this shoe company out of business.

If you liked that, click this: A Side Order of Spaghetti: Why Listening to Customers is Nothing New — or Even Necessary