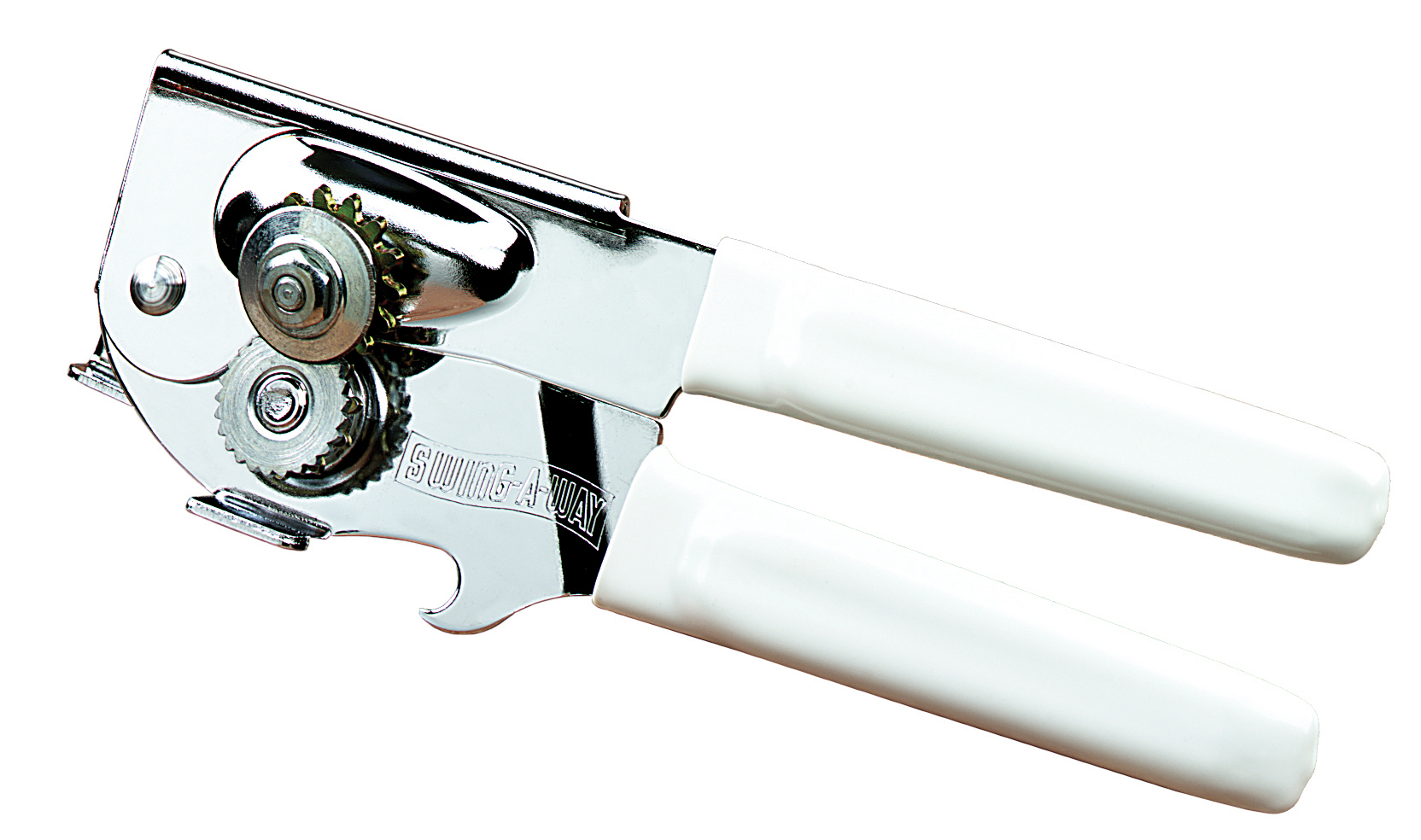 The High Price Of Being Cheap: Guess What 3 Words Will Turn Your Brand Into A Commodity?

by Freddy Tran Nager, Founder of Atomic Tango + Guy Who Cares How Stuff Is Made; note that the following article contains affiliate links, and buying via them benefits the Atomic Tango martini fund…

After nearly a decade of service, my Swing-A-Way manual can opener finally bit it. It was cheap yet solid and totally energy efficient (electric can openers are for wimps). As an added bonus, it was made in America (“USA! USA! USA!”). And that’s a rare feature these days — even rarer than ever, as I discovered…

As I grabbed a new Swing-A-Way at my local Bed, Bath & Beyond (that’s the name of a department store, not a pick-up joint), I noticed something missing. Where was the proud “Made in USA” inscription that’s usually on the front? Being American is/was one of Swing-A-Way’s key selling points. So I turned the packaging over and saw the 3 words that immediately turned this Swing-A-Way into just another disposable tool:

Now I’m not saying that everything made in China is crap, but too much of it is. According to the article, “‘Thanks, But No Thanks’ to Made in China?” on Knowledge@Wharton, most Americans still have a negative perception of Chinese products. (I’m guessing you didn’t need a major business school to tell you that.) It doesn’t help when we read about people being electrocuted to death by Chinese-made counterfeit iPhone chargers.

Indeed, even Chinese consumers prefer products made in the USA — if they can find them.

Then there’s the issue of cost and the perception of cost.

Even if something from China is well made, we Americans expect it to be cheap. Why else would anyone make anything there but for low costs? So immediately, we discount the product in our heads.

Case in point: Banana Republic has some nice clothing, but as soon as I see those 3 words on the label, I refuse to pay regular price. I wait for a sale or won’t buy it at all. It’s not me being cheap; it’s me knowing that a company made something with exploited labor and no environmental regulations. If they want me to be part of that sinister food chain, then I should get a deal.

Let’s face it: Where something is made matters to those who pay for it, rational or not.

So back to my can opener: the Swing-A-Way was $5.99. Next to it was a Bed, Bath & Beyond-branded can opener for $3.99. It was also made in China and looked quite similar, so I had no compelling reason to pay Swing-A-Way’s 50% premium. And yes, I would have paid the higher price for a Swing-A-Way, perhaps even more, if it were still made in the USA. In sum, while Swing-A-Way saved some money by outsourcing, doing so cost them at least one sale and, more critically, their brand equity. Read the Swing-A-Way reviews on Amazon — I’m not alone in my feelings toward that brand’s decline. Indeed, some of the reviews there are much angrier. Way to go away, Swing-A-Way.

Of course, millions of Americans still buy products from China, often because we have no choice (see toaster ovens, mobile phones, even vitamin C). And I know that many companies also feel like they have no choice: they must outsource or die, since manufacturing in the USA is no longer affordable or even possible (just ask Apple). It’s a brutal situation — I get it. But regardless of the financial or operational rationale, we all need to acknowledge this: when we outsource to a low-wage/low-regulation country we risk undermining our brands. We might even turn our beloved products into run-of-the-mill commodities. And that’s too much to pay in order to save money.

As for all the American-made Swing-A-Ways out there — and the American factory that used to make them — may they rust in peace.

Related Article: For Your Daily Grind, Forget The Run-Of-The-Mill: Pepper Mills And Grinders

Tags : brand equity, branding, Made in China, Made in USA, manufacturing, pricing, Swing-A-Way