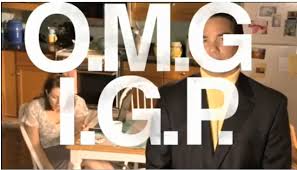 File under “What The Hell Were They Thinking?!”

A few days ago, Microsoft leaked a new ad for Internet Explorer 8 — though I’m not sure if “leaked” is the right verb. More like spilled, yakked up, upchucked, and Technicolor-yawned it. The ad is nicknamed “OMGIGP,” which stands for “Oh My God I’m Gonna Puke.” Really. No kidding. And it features a woman vomiting in it. See for yourself — if you can… (WARNING: NOT FOR THE FAINT OF GUT.)

No, that’s not a Saturday Night Live sketch. That’s really a Microsoft ad featuring Dean “Superman” Cain. I guess Jerry Seinfeld was on vacation. And so, too, were Microsoft’s brand watchdogs.

After an initial, um, gusher of disapproval from bloggers and consumers, Microsoft yanked the ad — though it lives on at YouTube. For now. By the time you read this article, it may already be gone.

But sorry, Redmond, the damage is done. Yes, your ad went viral. Congrats. You are buzz marketing geniuses, since this ad is literally all over the place.

When you’re losing ground in the browser wars, desperate measures might seem necessary. But if a man splattered in vomit is the image you want to plant in consumer minds, I’ll stick to Firefox.

P.S. Then again, some people might prefer that ad to the free Nickelback song offer that Microsoft is also using to promote IE8.

P.P.S. My friend Maryam (who first alerted me about the spot) notes that if Microsoft had made this same ad using “Family Guy” cartoon characters, “they would have gotten away with it.” Indeed, a tie-in with that show would have made Microsoft kinda sorta even a little bit hip maybe.