Things That Go Bump in the Market: “Paranormal Activity” and the Perils of Anticipointment 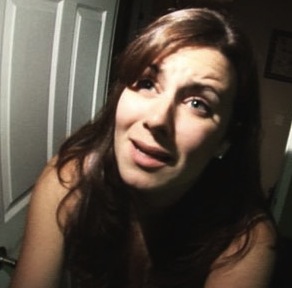 “And the most horrifying part was that I only got paid $500 to star in a movie that’s made over $100 million!”

It was brilliant. Not the film, but the marketing campaign that turned a $15,000 amateur horror flick into a $100 million box office smash. The problem? Serious anticipointment…

Last night I finally saw “Paranormal Activity.” I wanted to see it the day it opened in L.A. but was trapped in my own personal nightmare: grading midterms. (I love teaching, but grading? The horror, the horror…)

The numerous stories about the film’s success and its clever promotional tactics made it mandatory viewing for someone who blogs about marketing and media. Plus, my filmmaker buddy Dane Boedigheimer and I have been planning a low-budget horror flick. We both wanted to see what made this one click.

So after teaching viral video strategy in my class at Antioch L.A., DaneBoe and I hit the nearly deserted Century City mall. Want to know what’s really scary? This economy. An upscale mall on a Monday night is a true ghost town.

And that was part of the problem: the theater was also nearly empty. We counted eight entire living humans, including ourselves, in this screening. Normally, I prefer to watch movies with very few others, since people tend to distract me — particularly those who think a movie theater is, like, totally the bestest place to chat with their BF’s. But “Paranormal Activity” is a movie that screams out for a crowd: just like a live sporting event, the communal reaction is part of the entertainment. And last night, the six other people in the audience barely uttered more than a couple of gasps. This meant that we had to focus entirely on the film for our thrills. That’s a tall order for most movies. Perhaps too tall for one that’s been overhyped.

“Anticipointment” is one of my favorite neologisms of the past decade. I first read it in Wired magazine back when Wired was printed on paper thick as tortillas and graphically designed by spidermonkeys on LSD. Anticipointment is that feeling you get after experiencing something that’s been hyped to a hyperventilating degree; the result almost always falls short of your expectations. Kind of like most Academy Award Best Pictures, BCS Championships, halftime shows and gourmet food trucks.

“Paranormal Activity” was no exception. Sure, it delivered chills and starts. Anything that involves unexplained noises, unwelcome night visitors and unexpected things that go BOOM! usually does. But it was also highly repetitious, with night after night of watching amateur video about strange footsteps and moving doors.

On a more fundamental level, basing a horror movie on a “discovered” amateur video has now been officially done to death: “Blair Witch Project” made it buzz-worthy; “Cloverfield” gave it the big-budget Hollywood treatment; “Paranormal Activity” has hopefully buried it.

“Paranormal Activity” features two people who might as well be zombies for all the ingenuity — and basic instinct — they apply to their predicament. There’s a demon in our house? Let’s just keep yelling, “What was that?!” and “Who’s there?!” In a moment of panic? Don’t forget to grab the camcorder. Confronted by supernatural evil? No problem — just research it on the Internet. Who needs an exorcist? Google will save us!

Not once did this couple try anything to combat their unwelcome visitor — no priests, no prayers, no cans of Raid. More beguiling, they didn’t even try to leave the house! There’s some vague warning that “you cannot run from this, it will follow you”… but wouldn’t most people say, oh what the hell, let’s give fleeing a shot? You know, let’s go to a Denny’s, find an open church, or check into a major hotel where we’re surrounded by hundreds of other people and can order some room service… “Hello, front desk? Could you send some raw garlic and a carafe of holy water to room 666?”

Instead, despite having a malevolent entity visit their bedroom every single night — once even trying to drag the woman away — this couple repaired to the same bed and fell asleep at the same time without fail. I suffer more insomnia just thinking about what’s happened to my USC Trojans football team. This couple should be doing ads for sleeping pills: “Got demons? Try Nytol…”

Consequently, not once did the film get my heart racing or make me break a sweat — like a great football game will. (Last year’s Super Bowl nearly sent me into cardiac arrest.) Sure, “Paranormal Activity” had its moments, and I confess peering suspiciously into the shadows when I took out the garbage after midnight, but I didn’t lose a bit of sleep. The imagery from the otherwise silly film “The Ring” haunted me more, and nothing creeps me out like David Lynch at his best. (If Lynch ever decides to direct a pure horror film… watch out.)

So This is Where The Genius Bit Comes In

Got an average horror flick on your hands? Time for some business as unusual.

Paramount sat on this film for two years trying to figure out what to do with it. And let me just say that no one does marketing better than Hollywood. Given two years, they came up with a campaign that could raise the dead.

Rather then spend millions advertising a small film in jaded major-media markets, Paramount seeded “Paranormal Activity” with midnight-only screenings in a dozen college towns. The time of night, combined with the relative quiet and darkness of college towns and campuses, enhanced the effect.

If “Paranormal Activity” had failed at this low-cost test, then it could have quietly gone straight to DVD and late night Cinemax. But it succeeded. The buzz turned into a roar. Paramount then tapped Eventful.com — a site normally used to promote rock concerts — to have young people “demand” the film open in their cities. This ploy alone created fodder for the media.

The result: “Paranormal Activity” beat out “Saw VI” to hit No. 1 at the box office, scored over $100 million in ticket sales and counting — and created some heavy doses of anticipointment in us latecomers.

Serial Thrilling: The Horror of Sequels

Of course, this much money entices Hollywood to make sequels. The challenge in any movie genre is making a sequel that lives up to the first. In the case of “Blair Witch Project” and “Paranormal Activity,” the kick of a “discovered” amateur video is that the audience gets to pretend it’s real. Sequels make it difficult for even the most impassioned fan to enter that mindset again — witness the disaster that was “Blair Witch 2.”

I also suspect other horror movies will try seeding the college market and tapping Eventful.com. Those tactics might work again, but they won’t generate the media coverage granted to the first marketer who does something.

And, yes, there’s talk of a “Paranormal Activity” sequel. Hopefully, it’s subtitled “Leaving the Bedroom Already.” I’m also hoping that, next time, all that creativity devoted to marketing will be used to make a truly killer film.