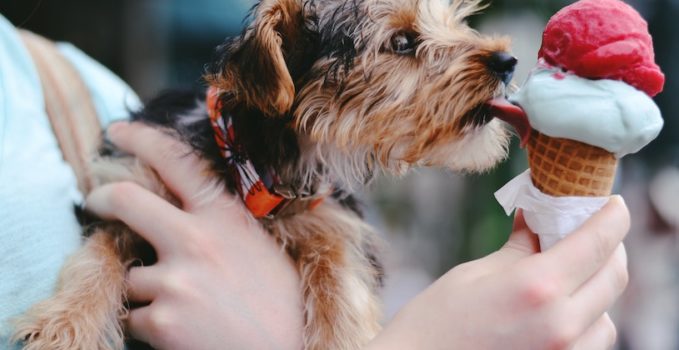 Public Relations vs. Advertising: No Contest

I have a serious weakness for ice cream. GOOD ice cream. As in 200% butter-fat-full-sugar-with-no-artificial-ingredients ice cream that makes me break into R-rated facial expressions and one-man gospel choruses. (Yeah, you don’t want to witness that.)

In college, I’d seek study relief at the late great Steve’s ice cream parlor in Harvard Square. During my year as a Texan, I indulged in the Dulce De Leche from H-E-B, a store brand that delivers the best bang for the buck ever. Now I’m addicted to Trader Joe’s premium ice creams: the Coffee Bean Blast is sinful on multiple levels, and the Mint Chip is as refreshing as a skinny dip in the pre-global-warming Arctic… or so I’m guessing. But what I really bow down to is Trader Joe’s Super Premium French Vanilla. While most vanillas are simply topping-delivery devices (mmm, fudge), this can be eaten straight out of the carton (when my wife isn’t looking) and still provide the ol’ palate with a thoroughly satisfying sensory experience.

Throw on a few chocolate chips or some fresh blueberries, and that scrumptious scoop of vanilla becomes such a sensuous sensation that the Religious Right preaches “abstinence! abstinence!” at the sight of it (then sneaks off to the nearest closet to enjoy it themselves). The ice cream serves as the oh-so-pleasing base; the toppings deliver the dazzle.

And that, comrades, is how I feel about public relations and advertising.
(And here you thought I put the wrong headline on this article.)

PR provides the rock solid base while the ads offer the sizzle. They go together like… well, to quote a profound late 20th century ode to togetherness…

Oh, how I love to be silly.

Unfortunately, in all seriousness, not everyone sees it that way. Some think advertising and PR are mutually exclusive or even contradictory. I recently read The Authentic Brand by Christopher Rosica, and while the book definitely has merits — I admire its endorsement of socially conscientious business — I don’t buy the assertion that authentic brands can only be created with public relations. Granted, the author runs a PR agency, but to tout a strict PR-only diet neglects the value of good advertising and the potential hazards of public relations. Consider this: Rosica’s team asked me to review this book — soliciting reviews is a basic PR practice — yet look at what I’m saying about it. PR means not having control over the message or the messenger.

Now, I like to tease my publicist friends —and I confess that I derive thorough amusement from publicists who personally become public relations disasters. (This TechCrunch story on the complete F-up by PR “expert” Lois Whitman is hilarious.)

But I also include public relations in every marketing plan I write. I come from a family of publicists: my uncle taught PR at Cal-State Fullerton, and my father practiced it at the government level. So I agree with Rosica: PR is a powerful weapon, but it shouldn’t be pitted against advertising in some contest. That’s like debating what’s more important in football, offense or defense? (Or, to continue my egregiously contrived metaphor, ice cream or toppings?) A smart marketer combines both parts strategically.

So as yet another Atomic Tango public service, here’s a guide to the pros and cons of public relations and advertising, and how best to use them…

Public Relations: What It’s Good For

Public Relations: Where It Falls Short

Advertising: What It’s Good For

Advertising: Where It Falls Short

So what’s my recommended approach? Integrate both publicity and advertising into your marketing campaign. They complement each others’ strengths and mitigate weaknesses, with the publicity providing the credibility while the advertising creates the buzz.

Let’s look at the case of Jack In The Box, a west-coast fast-food chain. In 1993, Jack In The Box suffered a major e. coli crisis, during which some customers actually died. Since the chain was already struggling before this happened, the crisis could have led to bankruptcy. But a brilliant new campaign by advertising genius Richard Sittig, featuring the return of the Jack mascot with an attitude, signaled a bold renewal of the company and won over legions of new fans who happily stuck tiny Jack heads on their car antennas.

At the same time, Jack In The Box implemented an industry-leading food safety program that it actively promoted through the media. Note the separation of church and state here: Food safety? PR, since safety commercials are rarely entertaining enough to get noticed. Funny mascot? Advertising, since it’s hard to convey humor through the press. Together? A revived brand that’s now expanding nationwide with — I must mention — ice cream shakes.

And on that note, let’s wrap up this really really long post and grab some spoons.