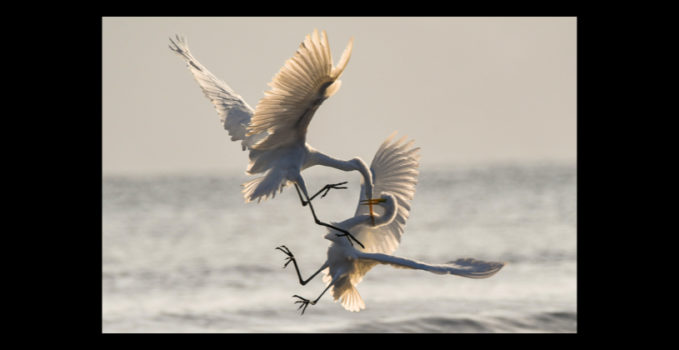 Marketing During A Recession, Part 5: How To Own Your Competition During Tough Times

by Freddy Tran Nager, Founder of Atomic Tango + Guy Who Has Weathered Some Economic Downturns; photo by Chris Sabor on Unsplash…

Tough times like these separate the plucky from the certifiably pluckless. Plucky companies see economic turmoil as a ripe opportunity to crush weaker competitors. The pluckless see a shrinking economy and resort to shrinkage themselves: they reduce their services and their advertising till they’re but a shriveled husk of what they once were…

For example, while pluckless airlines are cutting their advertising expenditures and nickel-and-diming their customers, ever-plucky Southwest Airlines is pouring it on with ads that mock the competition’s baggage fees and other buffoonery. They’re using advertising as a competitive cudgel, with an eye on gaining market share that will last long after this recession is over.

Meanwhile, by focusing solely on costs, the pluckless competitor now has the image and operations of a struggling startup, but without the excitement. They’ve completely sacrificed their once respected brand on the altar of “efficiency.”

The key word here is “brand” — which is a company’s reputation, personality, and image rolled into one impression.

Some skeptics snort and say that a brand is not important, that the only things consumers care about are price and quality. I hear this a lot from Silicon Valley execs who are simultaneously recharging their iPods, sipping Red Bulls, and getting their Land Rovers detailed. (Irony can be so colorful.) They completely neglect the value that a strong brand could bring to their own companies:

But, wait, shouldn’t you cut prices during a recession?

It’s true, consumers care about prices these days. When you can own a share of GM for less than the price of a Venti Latte at Starbucks, neither the car company nor the coffee is looking like a good deal. But consider why both GM and Starbucks are scraping bottom. Both stumbled in managing their brands: GM by making crappy bloatmobilies, and Starbucks by over-expanding and forgetting what their core product is (hint, it’s not movies about spelling bees).

On the flipside, despite being at the upper end of their industry’s price spectrum, Apple saw Mac sales surge 28% last month over the previous year — and not because of any mad price reduction. Apple, the pluckiest company of the decade, has once again proven its mastery of branding. Meanwhile, over at Dell, sales declined even though their computers are some of the cheapest in the marketplace.

Now what if your product is free to begin with?

Even if you don’t charge consumers to use your product (an absurdist business model that’s now biting a lot of Web 2.0 startups in the assumptions), your brand is still important. And that’s because you still have lots of prices associated with your company:

1. Price of Sponsorship: The stronger your brand, the more you can charge for an ad in your space. Some Web 2.0 companies enjoy tens of millions of visitors per month — more than most magazines or TV shows — yet struggle to attract ad dollars.

2. Price of Talent: You’re competing with other companies for the best employees on the market. What you have to pay them is influenced by how much they want to work for you. The New England Patriots got All-Pro wide receiver Randy Moss for a bargain, since he preferred to take a pay cut rather than stay with the decrepit Oakland Raiders. If you’re a content distributor, you also need to attract top content producers as well as employees. HBO lands some of Hollywood’s finest writers and directors; Cinemax, not so much. And HBO is not known for generous payouts.

3. Price of Investment: What do you have to give investors for their money? If you’re a top brand, you give up a much smaller percentage of your company for each dollar they invest. (For public companies, this is obviously represented by stock price.)

4. Price of Publicity: For companies like Apple, scoring news coverage is effortless. Steve Jobs speaks, the media writes. Weaker brands need to spend much more on public relations, and may still never get covered by the major news outlets. When was the last time the media buzzed about a Michael Dell announcement?

5. Price of Customers: Even if you give your product away for free, it doesn’t mean the customers will come. A strong brand generates additional traffic effortlessly. Case in point: while YouTube’s traffic has continued to grow, the YouTube wannabes are mostly flat. As any restaurateur knows, your brand also determines the type of customers you get: easy or troublesome, profitable or penny pinching.

6. Price of Contributions: If you’re a non-profit — or, say, a Presidential candidate — the number of people who will donate to your cause is also influenced by the strength of your brand.

So even if you think you’ve got the best technology in the world, and even if you’re giving it away, you still have to focus on brand building. Even price-sensitive victims of the recession will prefer the brands they trust — or simply not purchase anything at all. While price matters, the consumer’s fear of getting an inferior product or unhappy experience matters even more — particularly if your plucky competitors keep reminding them of that fact.