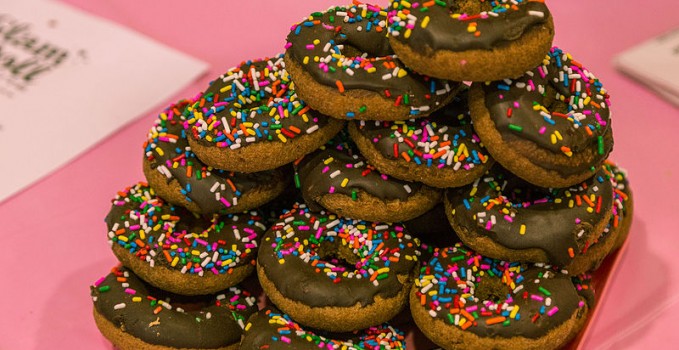 I once found myself confronting a tower of gourmet donuts — and a whole lot of do-nothing.

It was in the high-tech conference room of a multinational PR agency. The agency rep was telling our mutual client, a European tech startup, that they (the client) needed to do more research until any PR work could begin.

The client looked shocked. They had already worked with this PR agency for nearly a year, paying them $10K a month for the privilege. (The client had brought me along to help figure out what was going on.) They were preparing to launch a beta version of their app and needed a press campaign. The additional research would cost thousands of dollars more and set the launch back months. Why was this recommendation coming now?

My thought: Just like a giant agency to avoid doing any meaningful work for a small client.

I also weighed the value of research: it certainly helps — I teach it and require it in my classes — but too much research can leave a company stricken with that deadly disease “paralysis by analysis.” That’s when action gets delayed again and again and again because somebody wants to conduct even more studies. By the time the company completes studying, our modern marketspace has changed so much, the original findings no longer apply. So the company has to conduct yet more studies on these new developments…

Companies will extol research without considering the opportunity costs: what did they miss out on while conducting trivial pursuit?

Case in point: I knew a would-be entrepreneur who talked about his venture for three years. He jumped through all the official hoops from incorporating to branding to designing a website because, hey, that’s fun and it feels like work. He also visited prospective manufacturers for his low-tech consumer product. But rather than manufacture a single item, he sent out one marketing survey after another to friends and family. Then, in the midst of his research of nice encouraging people who said only nice encouraging words to him, a competitor appeared. That made him panic. So he finally launched his product in 2008, filling his apartment with boxes of merchandise, when along came something called a “recession”…

Private sector advocates often criticize the public sector for “paralysis by analysis,” but this contagion has spread to the private sector from business schools, where most tenured professors exist primarily to conduct research.

As a recovering MBA myself, I stress the importance of critically evaluating options, not just blindly accepting traditional processes or so-called “best practices.” (How I loathe that term.) That’s especially true of research.

Criteria: The Right Amount at the Right Time

You absolutely must conduct research before launching any business or major marketing campaign — but only the right amount at the right time. No amount of planning can prepare you for everything. You can’t know exactly what your competitors are planning (unless you’re the New England Patriots). You can’t predict disasters or the stock market. But research and planning provide better guidance than mere gut feelings.

You should also conduct as much research as possible in such categories as product safety and potential business partners and spouses. But when it comes to marketing, you should moderate your research urges based on 3 criteria:

The Alternative: Pull a Nike

If none of these criteria justifies conducting research, just do it and learn by doing. Not exactly a revolutionary concept — it’s an option most entrepreneurs prefer. I’m not suggesting that you go big and wide from the start. Rather, test your idea on a small basis — arger than a focus group, but smaller than a worldwide campaign.

For example, you can launch your product in a representative mid-sized city like Portland, Peoria, or Pittsburgh before conducting a national rollout. Hollywood often does this with experimental films, such as “Paranormal Activity,” gradually expanding the release based on reviews and audience reaction.

Back to the conference room: I advised my client to fire the PR agency and proceed with their beta launch. After all, learning is the entire point of going beta. Did they make mistakes that could have been prevented by research? Of course. At the same time, real interaction with the market revealed hidden problems in their business model. And by managing day-to-day challenges, they realized that this particular business didn’t match their skills and interests, so they soon sold their startup to some investors and walked away with a nice profit.

No amount of research could have told them whether a business suited them personally. They learned the hard way — but it sure beat sitting around a meeting room staring at polling data, even with a tower of gourmet donuts.