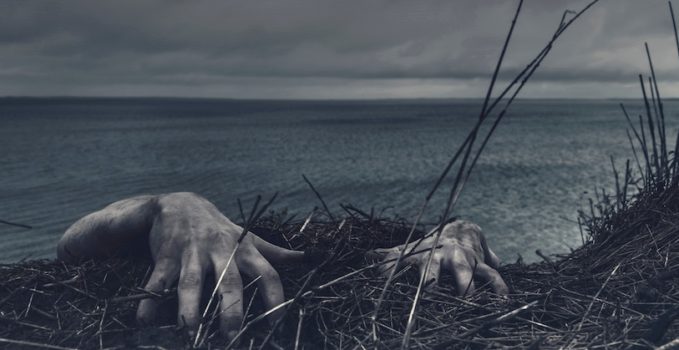 Retail’s Return From The Dead: Signs Of The Zombie Economy — Or Reports Of Deaths That Were Greatly Exaggerated?

by Freddy Tran Nager, Founder of Atomic Tango + Guy Who Did A Fair Amount Of Shopping This Xmas; Photo by Daniel Jensen on Unsplash…

Just this summer, many “experts” proclaimed the death of American brick-and-mortar retail, and that Amazon would eat everyone’s lunch. When Amazon subsequently bought Whole Foods (make that “organic free-range lunch”), the same experts sang dirges for all the supermarkets. Consequently, the stock of competitors like Costco plunged.

(BTW, I’m still waiting for one of these experts to explain the contradiction between “consumers are shifting to online shopping” and “largest online retailer invests billions into brick-and-mortar stores.”)

So what happened next?

We’re told that “This Holiday Shopping Season May Be the Best in a Decade”  while competitor stocks have rebounded (Costco is near an all-time high as I write this).

So did Amazon quietly go out of business without telling anyone?

It turns out that the earlier retail malaise was the usual product of consumer income and confidence. As I explained in my podcast, the middle class isn’t what it used to be AND it’s beset by skyrocketing costs for housing, health, and education. Consumers were simply pinching their pennies until the massive Black Friday-Cyber Monday discounts came along. The fact that incomes have been creeping up slowly (thanks, minimum wage increase!) while the job market has been relatively stable also helped.

But retailers shouldn’t get carried away with executive bonuses too soon (unless you’re Toys-R-Us, which thinks bonuses are rewards for failure). Now that consumers have indulged in all those brand-eviscerating discounts, they may retreat to penny pinching. And now that retailers have reaped their holiday harvest, more clueless and careless ones will likely fail — as they’ve done for hundreds of years in good times and bad. (Remember Woolworths? Montgomery Ward? Gimbels?)

The point here is to always question any explanation by experts: Who’s making that claim? Why? How did they come to that conclusion?

I’m particularly wary of self-proclaimed gurus who quickly credit or blame the Internet for everything in business. Just a few years ago they proclaimed that “social media has killed advertising” and that “one-way marketing no longer works because consumers want to be part of the conversation.” Then consumers proved that they didn’t want conversations with brands beyond “I want a discount” and “your ad offends me.” And today all the social media networks have become advertising platforms pushing highly lucrative video commercials based on — yes — one-way marketing.

Savvy retail execs, like those at Costco, don’t respond to “expert” pronouncements with knee-jerk reactions. While they don’t ignore trends, they also conduct their own research and analysis incorporating a number of perspectives.

It’s the American way. Expect more hijinks (and lowjinks) in the new year and beyond. I for one can’t wait. As a guy who studies and writes about business shenanigans, I wouldn’t have it any other way.

Update 2/6/19: No surprise: the retail apocalypse was not about ecommerce. It was about expensive leases + retail oversaturation + tired (and overleveraged) brands + a struggling middle class. But now factors are favorable for a new generation of brick-and-mortar retailers — and look who they are: now: Online brands are opening stores across the U.S.