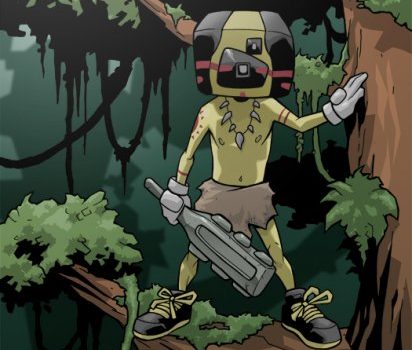 Always Something There To Remind Me: Retargeting Ads Won’t Take A Hint

I decided I needed a new computer bag, so I hit up the usual suspects: Amazon, eBags, Zappos, and others. I finally found something I liked on Soccer USA, Inc. — but that hasn’t stopped eBags from stalking me.

Yes, I shopped for that bag. And had I wanted it, I would have bought it.

For the past 2 days, I’ve been seeing eBags ads on Facebook, all featuring the exact same bags that I looked at in detail. This kind of personalized advertising, called “retargeting” or “remarketing,” has some people humming Rockwell songs…

OK, maybe I’m the only one humming that, but others have spoken up about the creepiness factor. At a U.S. Senate committee hearing in 2010, Sen. Claire McCaskill said, “I understand that advertising supports the Internet, but I am a little spooked out. This is creepy.” Keep in mind that she ran against Todd “Legitimate Rape” Akin, so she knows creepy.

But unless the government actually does something, don’t expect these stalker ads to go away. That’s because they’re making some companies a lot of money — particularly one company that’s made consumer privacy its playground.

According to the Wired article “Facebook Is Quietly Making a Killing With Ads That Pursue You,” the social network has seen its flaccid stock perk up since launching its Facebook Exchange ad-bidding network. Retargeting ads are the star of that Exchange, since Facebook’s cookie (the code it places on your web browser) is supposedly more accepted than cookies from ad servers such as Doubleclick. Facebook users also tend to visit the social network frequently, which makes hitting them up easier…

Or so claim the retargeters:

“Ad retargeters also like Facebook Exchange because users are more engaged with the ads served there. Retargeted ads in general are already more relevant and clicked on by users, since they ‘know’ about some of your previous web surfing. This relevance helps take the edge off a retargeted ad’s inherent creepiness. On Facebook, retargeters say, clickthrough rates are further amplified, because the site is relatively conservative in the number of ads it shows and because users there tend to be more open to being distracted.”

There is so much wrong with that paragraph, I need to call in a CSI team for assistance. Well, my scalpel is sharpened — let’s dive in, shall we?

Finally, the fact that marketers are buying up retargeting ads is not necessarily proof that they’re working. After all, marketers have also sunk money into such under-performing tools as banner ads, branded pens, and Donald Trump.

What Would Make Retargeting Worthwhile

Now I’m not really creeped out about retargeting ads. I understand how they work and how they handle user privacy. And unless someone’s looking over my shoulder, I’m the only one who sees the ads. Even if someone is looking over my shoulder, I don’t shop sites that would embarrass me (I just browse them for academic research — really). And since most people don’t notice the ads on their own Facebook pages, they likely won’t notice the ads on mine.

What’s bugging me about these retargeting ads is that they don’t serve the marketer well.

I don’t mind eBags trying to get me to return. Marketers should target their past and current customers. I just think eBags should also try to learn WHY I didn’t buy from them. At least one of their retargeting ads should say, “Thanks for visiting us! How could we have served you better?”

As you might have noticed, I tend to be opinionated, so when an ad asks for my opinion, its clickthrough rate goes up to about 100% or so.

In this case, I didn’t buy from eBags because they didn’t have what I was looking for – so why would a retargeting ad entice me to go back? I would welcome the opportunity to tell them what kind of computer bag I’d like (hint: something that doesn’t look like a murse — i.e. “man purse” — and that wasn’t designed by an adolescent Deadhead on acid).

I would also tell eBags that I already purchased elsewhere, so all their retargeting is just wasted money.

In sum, these eBags retargeting ads don’t get the hint because they don’t bother asking for one. The value of digital marketing is the ability to use all that “big data” to learn more about customers and their needs, interests, and behaviors. If all that data is simply being used to hit the customer up with more of the same, well, that’s not marketing — that’s nagging. The digital equivalent of a person who keeps following you around and asking you out on a date even after you’ve told them “no thanks.”

And, yes, that is creepy.