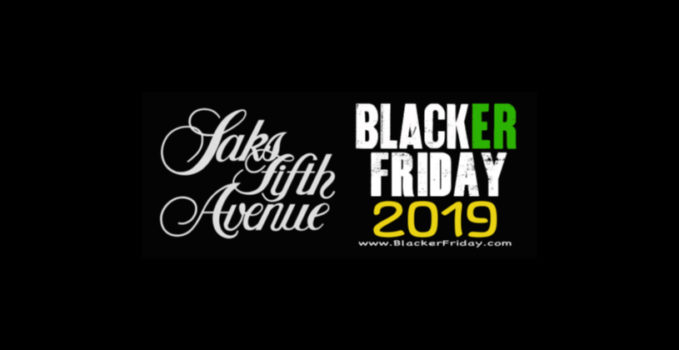 Saks and the City: How to Lower Your Standards for Fun and Profit

“That’s when he said he was a marketer! Imagine that? A marketer expecting to date me?”

It’s like an episode from the HBO series Sex And The City (or any romantic comedy of your choice): the lead character pines for a fantasy ideal — a millionaire, supermodel, quarterback, cheerleader, prince or princess — but our hopeless romantic ultimately finds true love with a best friend, worst enemy, nerd, prostitute, maid, or bodyguard. Delusions dispelled, the true lovers lock lips and live happily ever after. Or until Hollywood makes a sequel.

Today, many retailers are undergoing the same head-spinning realignment of expectations. Their dream consumers — namely, the rich and wannabe-rich middle class — are suddenly coming up short. Damn them. So these once discriminating businesses must now pursue less profitable paramours: potential mates who were once considered “beneath them.” Some businesses even undergo extreme makeovers to appeal to the masses. And you know where that could lead…

Saks without the Commitment

Once upon a time, Saks Fifth Avenue was the talk of the town, hanging out with the Neimans and Barneys of society. You’d find Saks decked out in $4000 dresses, $900 pumps or — on casual days — $600 T-shirts. Swinging with the upper crust was good.

Then hard times hit, and suddenly all those lovers who said they’d be with Saks forever stopped coming around. Whatever happened to commitment? Saks even suspected that some former admirers were now stooping to Macys and Bloomingdales, who’d put out for so much less. What was a high society department store to do?

To the horror of the Neimans and Barneys (who, of course, were as much rivals as friends), Saks decided to stoop as well.

Now, a little loosening of the standards is expected when one feels spurned and lonesome. The Neimans and Barneys have pulled a few “specials” of their own. But they never expected Saks to go so low — as low as 75% off! What was that hussy thinking?

Oh, the Pressure to Pander

To be fair, Saks isn’t alone. Or even the first.

Other luxury brands have shed their pretensions of exclusivity to score more customers. Many, like Saks, had no choice: they had given up their independence to meddlesome manipulators called “investors.” And these investors demanded something called “growth.” It wasn’t enough that a luxury brand like Saks commanded massive margins — this is capitalism, dammit, and that means grow or die.

Take Saks’ frenemy, Neiman Marcus, who did more than stoop in 1993. Upon the advice of consultants, Neiman adopted the “Much Better” strategy of carrying cheaper merchandise to expand its customer base. How did that turn out?

Fortunately, a new CEO arrived and refocused Neiman on the core luxury customer.

So Saks might be stooping now, but it was hardly the first in its category to do so. Considering Neiman’s sordid past, perhaps there should be understanding between rivals.

Then again, this is the fashion industry.

Let’s try a different industry on for size.

And let’s flash back to 1996 and the first Dotcom Bubble, when many a geek pulled in six figures because he knew something called HTML. These alpha geeks quickly realized that owning the key a fancy ride was also the key to shedding virginity, so they began to cash in their stock options to snap up sports cars.

Porsche watched all this action from a lofty perch. Yes, a few six-figure Porsche 911’s appeared in the geek sales mix, but not enough to enforce Porsche’s slogan that “there is no substitute.” These nouveau riche nerd princes were hooking up with Porsche’s German cousin BMW and — sniff — their low-class American rival, Corvette.

Corvette? Ach! Do these boys have no taste?

Porsche had to act, and not just to tap into the sales boom. Something even more valuable lay at risk: the lifetime value of those customers. Porsche knew that brand loyalties are often forged early — once a Porsche man, always a Porsche man — and these geeks could quickly go from earning six figures to seven or eight or even ten. And like any good marketer, Porsche didn’t want to see these future millionaires hooked on those vermin at BMW. They had to get them into a Porsche pronto.

Parking so close to the water’s edge seemed so, well, edgy, until he tried to get out of the car.

Rather than degrade the 911 by lowering its price to BMW 3-series level, Porsche did the savvy thing by creating a flanker model: the Boxster. Priced at $40,000, this entry-level Porsche appeared in a 1997 Super Bowl ad. The fact that the words “entry level” and “Porsche” were used in the same sentence galled many Porsche aficionados. The fact that Porsche perpetrated the mass market Super Bowl thing jarred them more than a pothole on the Autobahn.

But it was fun while it lasted. The Boxster also attracted a lot of American women to the Porsche brand, and that got the folks back in Germany thinking. Hmmm… could there be a soccer mom mobile in our future — perhaps an SUV…?

But we won’t touch that atrocity here.

Everyone seems to be doing it these days.

In marketing, a brand’s “position” is where it stands relative to its competitors in the minds of consumers. It’s not easy to improve one’s position: it often takes years and millions of dollars in advertising. And sometimes not even that will work. Just ask WalMart, which spent millions in a futile attempt to become fashionable. Or Microsoft, which hired Jerry Seinfeld to make it seem cool.

But just like a person’s reputation, it takes almost nothing to lose a valued position: a few bad products, poor customer service, a scandal, partnering with a mismatched brand, or even having too low of a price.

Now, low prices are a good thing because that’s being nice to consumers, right? 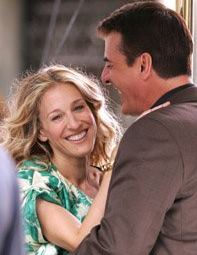 It was utterly romantic — but then she noticed other women wearing her outfit. And so the killings began…

One way to serve a broader, lower-priced market without drastically changing one’s position is by creating or purchasing a dedicated mass market brand. For example, Nike bought Converse and Starter to feed the big box appetites. Granted, those new dedicated brands don’t carry as much cachet as the original, but if they fail, the collateral damage is less likely to affect the parent brand. In addition, their very existence helps underscore the higher status of that parent brand.

So, Yes, Brands Can Bend Without Breaking

A luxury brand can tap into mass market millions without undermining its position. It takes creativity, strategy, and sometimes launching a whole new sub-brand. Anything less could quickly turn a romantic comedy into a horror flick.