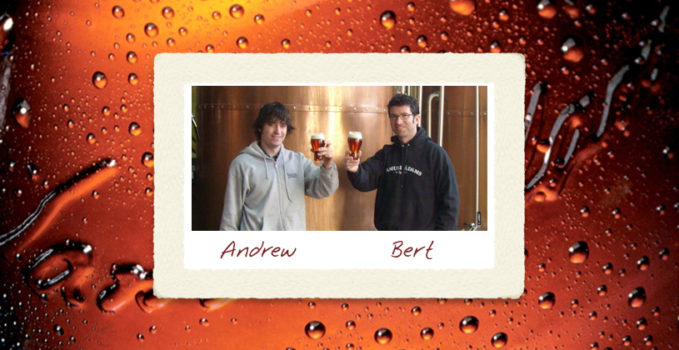 Writing A Newsletter? Heed The Beer Dudes And Pour It On! 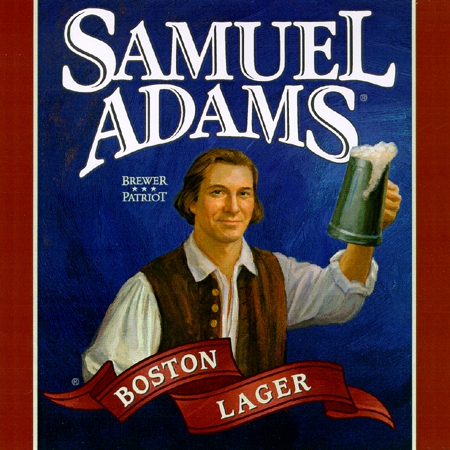 Drinking anything else would be unpatriotic.

One of my more rewarding discoveries while attending college in Boston was Samuel Adams beer. In the 80’s, Sam existed primarily in New England, so after I moved to L.A., I found myself bereft and bewildered. For all its creative profligacy, Los Angeles was still dominated by the usual beer suspects: Budweiser, Miller, and Coors (the bland leading the bland).

Naturally, I celebrated when Sam started appearing in L.A. bars as an “import.” Yes, there’s a Boston-L.A. rivalry — I had experienced the Lakers-Celtics uncivil wars up close — but describing Sam as “foreign” was taking it a bit far. Ironically, the Boston Beer Company (the maker of Sam Adams) is the largest purely American brewer today. Bud, Coors, and Miller are now all part of multinational conglomerates — but you know that already.

Upon seeing Sam venture beyond New England, I bought shares in the company, which has proven to be one of my few good stock investments. Not only do I dig a cold Sammy, I admire a lot about the company: CEO Jim Koch inherited three generations of brewing expertise, he’s a former Boston Consulting Group exec who doesn’t believe in long-term debt, and he treats his employees well. Although Sam Adams’ product-centric TV commercials won’t win any creative awards — an experiment with a costumed “Sam” character was underdeveloped and short-lived — I’ve come to enjoy one expression of their marketing…

I regularly read Boston Beer Co.’s “What’s On Tap” newsletter, not only because it talks about my favorite beer, but also because it doesn’t come from a corporation. The “from” line doesn’t say “Boston Beer Co.” or “Samuel Adams”; it says “Andrew & Bert.” These two Boston Beer Co. employees write in first-person plural (“we”) and address the reader in second-person (“you”).

More importantly, their writing has personality. Really. (That whooshing sound you hear is all the corporate drones across America gasping at the concept of a corporation having a personality.)

By comparison, here’s an actual opening line from another newsletter I receive:

“The Gas Company is committed to creating ways to help customers manage their energy use and save money.”

Uh, hello, Gas Company, I’m the customer you’re talking about, and you’re talking to me from inside my email box. I don’t expect you to address me by name, but if you want to curry my favor (and pave the way for your next rate increase), ditch the corp-speak. Yes, even you, a public utility, should have a personality and a face.

A face and a personality help create a personal connection between company and consumer. Not only does that encourage reading, it softens reactions to problems down the road.

Case in point: When Boston Beer Co. discovered broken glass in some bottles, they didn’t react with a dry statement from the legal department. They sent in their beer dudes, Andrew & Bert, complete with grammatical error in first sentence — personality is personality:

As a loyal supporter and fan of our beer, we wanted to get in touch with you about an announcement that we made yesterday. We have announced a cautious, voluntary product recall of some bottles of Samuel Adams. While there is no problem with our beer, we believe a small proportion of bottles from our outside glass supplier could contain some small bits of glass.

The bottles we’ve identified as being possibly affected are from one glass plant of the five that we get our bottles from. The issue affects less than 25% of our bottled beer and of that amount, we believe far less than 1% of the bottles we’re recalling are actually affected. We have no reports of any injury from our drinkers related to this issue. But because the safety of our drinkers is of paramount concern to us, we are being cautious and issuing the recall for all bottles from this glass plant.

But not to worry, this doesn’t mean that you have to stop drinking Samuel Adams! All draft beer is perfectly fine and most of our bottled beer is not in these possibly affected bottles. It’s easy to spot the bottles we’re recalling: they are all embossed to say “N35? at the base of the bottle below the label (see photo on web site). We are working with our wholesalers and retailers to ensure that the affected bottles are removed from stores quickly.

We wanted to be sure that our loyal Sam fans are aware of the problem and know that we are doing everything we can to address this situation quickly. We are disappointed that because of these bottles supplied to us, we didn’t live up to your expectations as a loyal Sam Adams drinker. We believe that we are taking all the right steps to ensure that the bottled Samuel Adams beer out there meets our quality standards and your expectations. If you have any questions about the recall, we created a special web site and a toll-free number 1-888-674-5159 to answer your questions.

As always, we appreciate your support.

Glass in beer can literally be a buzz kill, but the way Boston Beer Co. handled it preserved my loyalty. I bet lawyers and PR pros looked over the shoulders of Andrew & Bert, but it paid off.

On a more lighthearted note, I just got this from Andrew & Bert last week:

We are interrupting your regularly scheduled What’s On Tap programming to bring you a very exciting announcement from us, Andrew & Bert and the Boston Brewery…

We are proud to announce the arrival of the Samuel Adams Imperial Series. A series of three beers that represent some of the biggest and most intense beers we have ever brewed.

The Imperial Series includes two new beers, Samuel Adams Imperial Stout and Samuel Adams Imperial White plus an amped up recipe of the legendary Samuel Adams Double Bock. You can find all of the stats on the website (will be up in a couple of days, we’re told) but Jim wanted to be the one to tell you about them. So, the office guys got some cameras, came into the brewery and filmed this little segment. Hope you enjoy it.

We just bottled the Samuel Adams Imperial Series this week, so it won’t be in market for a couple of weeks, probably closer to the end of February. In the meantime, Jim wanted to get you guys some information on them personally.

We think these beers are pretty amazing and we hope you feel the same. We’d love to know what you think about these beers when you taste them or even about receiving emails like this, so just send us an e-mail with your feedback.

Consider all the great marketing elements in this newsletter:

There’s a great term for emails that people subscribe to but never read: “BACN” (pronounced “bacon”) — the voluntary equivalent of spam. For example, I get iTunes’ “New Music Tuesday” newsletter every week, but never read it. As much as I worship Apple marketing, “New Music Tuesday” is a dull ad from “iTunes Store.” I subscribe to it only because it reminds me to score my free iTunes downloads every week. Hence, it’s BACN.

“New Music Tuesday” also proves that, even if your subject matter literally rocks, you can still fail to connect if you don’t add that personal touch. Apple, free your writers!

So before writing your next newsletter, be sure tap your inner beer dude. And pour yourself a cold one while you’re at it. Just remember to proofread after you’re sober.

Enjoy These Other Posts About Beer Marketing: