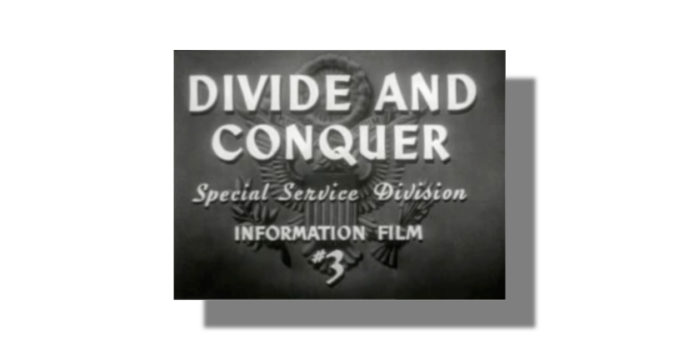 Divide And Conquer: How To Segment Your Market Without Pissing Anyone Off

by Freddy Tran Nager, Founder of Atomic Tango + Member of a Few Segments… 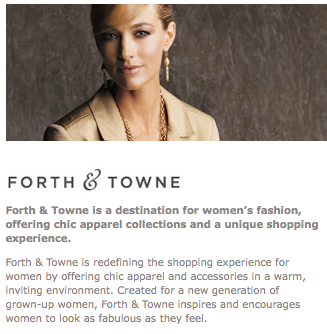 A few years ago, my wife and I strolled into Forth & Towne, a new fashion chain from Gap Inc. targeting women over age 35. It was solemn and dignified with muted lights and muted music — and muted people. While other stores in the mall percolated with excited shoppers (this was 2006), the spanking new Forth & Towne saw its handful of customers browsing quietly, as if they were preparing to pay respects to an open casket…

And no one was buying anything.

One reason was the merchandising. Although the word “chic” was posted everywhere in the store, much of the clothing had labels from The Gap. Uh, hello, wasn’t the whole point to launch a new brand?

Clearly, Forth & Towne didn’t spring from inspiration; it sprang from calculation. Gap Inc likely had an army of MBA’s conduct multivariate analysis to “capture” that demographic, with reams of spreadsheets pinpointing that X% of all women over 35 prefer mauve over teal.

Here’s the problem with that and any other demographic stereotype: it’s a caricature that leaves many members of the demographic out of the picture.

My wife, who’s in Forth & Towne’s target age group (she’ll kill me for publicizing that), did not relate to the ambiance. She prefers an upbeat shopping environment with bright lights and pop music, not light jazz. In other words, she prefers The Gap. Forth & Towne simply made her feel… old.

Apparently, she wasn’t alone. Within two years, Gap Inc. shut down Forth & Towne at a cost of $40 million. And not because there was a shortage of women over of 35.

Success at Toyota. Sort of.

I had a similar experience working on the launch of the Toyota RAV4, which was supposed to appeal to younger drivers. Consequently, all the ads looked colorful and quirky — quite a departure from Toyota’s usual white-bread branding. But at $21,000 in 1995, the RAV4 didn’t attract many twentysomethings; rather, it was a hit among (yes) women over 35 who wanted Toyota quality but were bored by the Camry and Corolla. So Toyota still made its money — just with an unintended target.

Still determined to capture those elusive twentysomethings, Toyota in 2003 launched the Scion brand, complete with hip-hop tracks and graffiti-themed media… 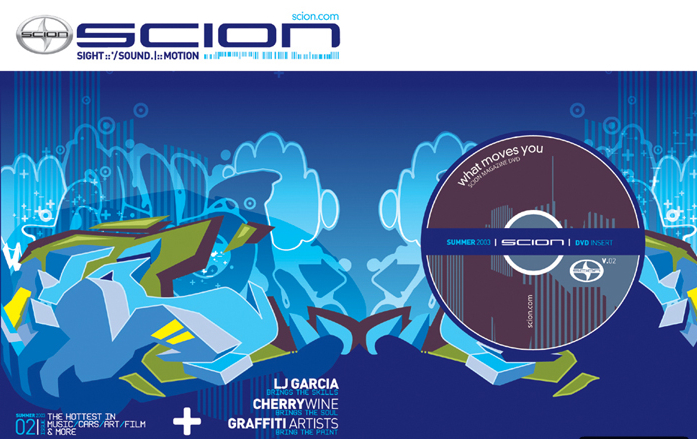 The average age of a Scion buyer? 31.

Update 2016: All that graffiti and music weren’t enough to save Scion, which is now history.

The Problem with Profiling

The problem with demographic stereotypes is that it will exclude members of that group — or even offend them.

For example, let’s say we’re creating a product for African-American women. Even if we focused on just the millionaires, we’d still have such a disparate range of tastes and personalities: from Condoleezza Rice to Queen Latifah, Oprah Winfrey to Beyonce, Whoopi Goldberg to Lisa Leslie. We’d likely leave someone out of the equation AND piss someone else off.

Yet marketers continue to target massive populations based solely on age, gender, or race. I recently saw an online video targeting Gen Y voters. The ad was extremely liberal, and while 60% of young people did vote for Obama, that means 40% had no interest in him or were completely opposed.

Now try asking your client or boss to invest in a project that alienates 40% of his target market. If he gives you the money, let me know, because I’ve got lots of other potential investments for him.

Some demographic targeting works when very few people outside that demo would buy that product: Geritol for seniors, high heels for women (not counting drag queens), or Spanish-language radio for Hispanics.

But for most every other product, here’s a safer bet: lifestyle.

Patagonia is a clothing company that doesn’t cater to any particular race, gender, or age group. It targets outdoors enthusiasts with an environmental bent. Consequently, Patagonia’s marketing doesn’t require guessing or stereotyping; it features nature pics and the company’s products in action.

Since the ads center on passions, not stereotypes, none of Patagonia’s target market feels excluded or offended. Even better, they feel bonded to the brand. By focusing on a common interest — and having a strong attitude about it — Patagonia has built a cult brand that can weather recessions and avoid competing on price.

Think of other brands that have cult followings: Nike, Apple, even Harley-Davidson appeal across demographic lines, yet they don’t try to appeal to everyone. Indeed, they make a business out of ridiculing those who don’t fit into their way of thinking. All these brands enjoy die-hard loyalty and higher profit margins than their competitors. 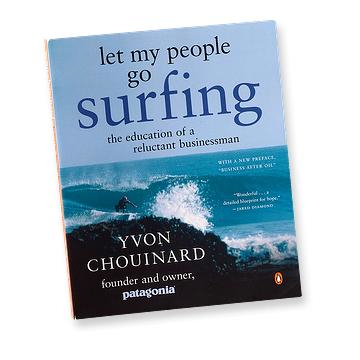 I call this lifestyle-centric approach the Patagonia Principle because Patagonia managed to build a solid company quietly, without massive advertising or headline-grabbing technology. They knew it was all about finding and expressing the right state of mind.

5 Rules For Segmenting Your Market

So you’re planning to launch a consumer-oriented company or product. How do you choose a segment to pursue?

1. Don’t try to appeal to everyone. Going broad-based makes it harder to define your brand, and you start compromising your identity and product until they’re just boring. Call it having a Case of the Mervyns. In addition, mass marketing is expensive. Instead of advertising in low-cost niche media, you have to compete against the likes of Proctor & Gamble and Coca-Cola for major media space.

3. Don’t join the pack hunting Gen Y. So here’s the stereotype: young people tend to do more discretionary spending than older people, who have families, mortgages and other financial commitments. Consequently, many entrepreneurs go after the younger set (usually 18-to-35-year-olds). The first problem, of course, is stereotyping. What does a young person want? Well, are you talking about the pre-med student in Portland, the rap artist in Detroit, the Marine stationed in Afghanistan, or the aspiring priest in San Antonio? Second, you have too many fish going after the same bait. Do you have the marketing resources to fight it out with that many competitors? Instead of joining the mob that’s hunting the wildly diverse youth crowd, think creatively about which underserved segment might use your product and why.

4.Think lifestyle and interests. Imagine that race, gender, and age don’t exist. (I’m starting to sound like a John Lennon song here.) What else would tie your customers together? Ideally, your brand should reflect your own passions and personality. What magazines and other media do you read and why? What other brands appeal to you? Start noting words and images that seem to represent you and your customers. Those are the initial building blocks.

5. Apply parameters. For a segment to be viable, it must meet certain criteria:

Once you find a segment that meets the above criteria, learn everything you can about them by consuming their media, participating in their activities, hiring their members as employees or consultants, and doing the requisite surveys. Now, don’t spend too much time conducting research — lest you succumb to paralysis by analysis — just do enough to help you shape your brand, product, and marketing to their needs and tastes.

Now there are scores of other ways that consumers can be segmented, such as by geography (Los Angelenos, Southerners, etc.), price preference (bargain hunters or status seekers), or an event or situation (such as people getting married or looking for a job). If you’re truly a strategic marketer, try combining or further segmenting your markets. Sometimes, a business opportunity can be discovered just through creative segmentation.

For example, if Monster.com is serving all job hunters everywhere, how about a website devoted to college graduates seeking employment in green industries? By catering to the specific needs of those specific job hunters and their potential employers, you probably won’t have a company as big as Monster.com, but you’ll have a better defined brand that costs a lot less to support and that resonates immediately with its target. Patagonia will never be as big as Walmart, and its customers are fine with that.

As we can all see in this economy, entire segments of the population have been flipped around, upturned, and discombobulated. Homeowners used to think about upgrading their kitchens; now they’re looking desperately to refinance their mortgages. (Of course I’m — gasp — stereotyping.) And most Web 2.0 entrepreneurs are now job hunters. (Wired magazine should introduce a help-wanted section.)

The mere passage of time tends to transform entire institutions and segments. When I started in advertising, most Web surfers were men under the age of 50. Now, everyone’s aboard. When I was an undergraduate at Harvard, the ratio of men to women was 55 to 45 (yes, those were brutal times). Now women are the majority. And when I started voting, my only choices for President were white males. Now — at last — the possibilities are much, much, much greater.

So not only do you have to pick your segment carefully, you have to monitor it continuously. You then have to either adapt your brand and products, or pick a new segment altogether. A lot of work, right? That’s what makes marketing so much fun — and keeps us professional marketers in business.