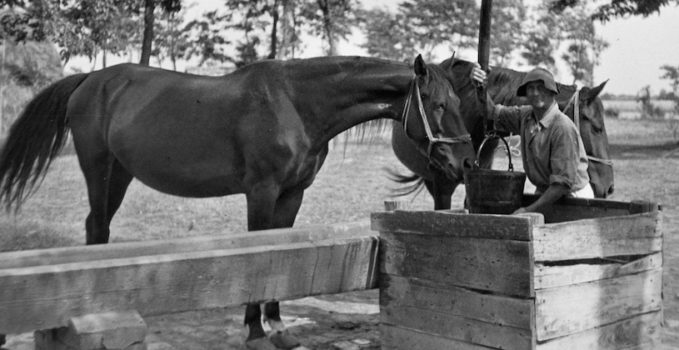 Search engine optimization (SEO) is that magical science of making Google and other search engines fall madly in lust with your website. The more your site is optimized, the higher it appears on search rankings. The challenge?

Google refuses to reveal the recipe to its secret sauce. And by keeping its arcane algorithm more mysterious than the location of Dick Cheney’s soul, Google has spawned an entire industry of search engine optimizers. Guys who could solve the Rubik’s Cube before they could walk are now divining the secrets of the world’s search engines, like 21st century treasure hunters with spreadsheets instead of maps.

A buddy of mine directs SEO for a major company, and one of his tweaks can increase daily site traffic by tens of thousands of visitors. He practices at the pinnacle of his profession. Beyond him lies a horde of SEO wizard wannabes. Some are truly good at what they do — you can tell because their names and companies appear first when you Google “search engine optimization”.

At the opposite end dwell the self-proclaimed SEO “experts” who spam email boxes and social media feeds. If an “expert” has to do that, his wizardry doesn’t work so well now, does it?

Two’s a Crowd in SEO

On any search engine results page, there can only be one #1. So if an SEO expert isn’t #1 when someone searches “search engine optimization,” that makes him like the second spermatozoa to find the ovum. Ladies and gentlemen, here’s #1 and… everyone else. An employer might hire #2 or #3, hoping to get a lower price, but if an optimizer isn’t at least first-page material, he has to resort to other marketing efforts. Like spam. And that raises the question of what marketing value he offers at all.

Even if you hire a page-one optimizer, you might encounter another SEO limit…

I met an SEO expert with a different problem: Although he successfully used SEO to entice people to his website, with traffic data proving that his mad skills work, none of his visitors hired him. They came, they saw, they fled (as we say in Latin, vidi vici vamoosi).

I checked out his website and saw the problem: it was a massive fustercluck of words, headlines, links, and bulletpoints, which are all forms of Google-bait. Google particularly loves “keywords” (words and phrases that are frequently searched), so an SEO expert will look at your website and tell you to add those keywords and then some. A little more. More than that. No, really, more. C’mon, I said more! What part of more don’t you understand?! More more MORE MORE MORE!

Visit any website optimized by an unrestrained SEO jockey and your eyes will get assaulted by visual white noise. There’s text everywhere. Some of it boldfaced. Some underlined. Some big. Some small. Some really tiny and filling up all the available margins. And thus, cornea gumbo is stewed. It’s a site that creates sore eyes and turns off your visitors.

If visitors do try to read any text, they’ll find themselves lost in long chewy sentences so full of keywords and synonyms of keywords and derivatives of keywords that their eyes will gloss over and their brains will seize up. Thus, zombies are born and later go on to become Fox News hosts.

And you definitely don’t want that on your conscience.

So a high search-engine rank is valuable, but that rank goes to waste if you alienate your site visitors with bad design and bad writing.

To create customers, do take advice from the SEO experts, but also hire a hire a creative professional to work with the SEO guy in creating a great user experience.

I like to hire magazine designers to develop websites, since they know how to make a lot of text inviting and won’t sacrifice it to the design gods. You’ll need a programmer to adjust their whims — not everything that works in print can be done online — but these professionals will mollify the worst excesses of the SEO experts and create some brilliant layouts. You might lose a little of the optimization, but you’ll make up for it in conversions.

Blogs by nature offer lots of tasty words, so they can help optimize your site without mucking it up. My blog attracts scores of search engine results per day, and I only practice a little optimization.

But don’t blogs have to be updated regularly? Yes. That’s what keeps readers coming back for more, and a website with regular updates is more attractive to search engines.

But wouldn’t it be cheaper just to hire a search engine optimizer to come by just once? No. Because not only does Google keep its search engine algorithms secret, it’s constantly changing them. What might have worked yesterday might now be ignored by Google — or, worse, blacklisted (barred from its results). 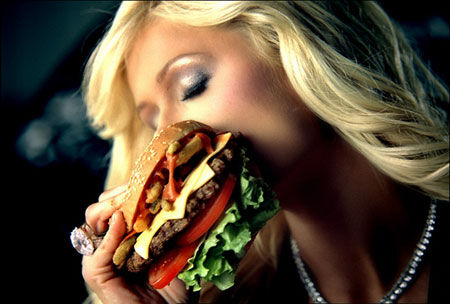 For example, some optimizers hide meta elements in sites. These are keywords that are present on the page, but invisible to the eye (either in the coding or existing as, say, white text on a white page). Some unscrupulous SEO jockeys will hide oft-sought words like “sex” and “free money” and “Paris Hilton washing a car while eating a hamburger” in their sites, even if those words have nothing to do with their content. Google got wise to that, and will ignore such deception.

Because Google continuously changes its rules, the optimizers need to update your site frequently, particularly if something they did before could get you blacklisted.

The most effective way to optimize your site is to have other sites link to it. Obviously, an optimizer can only do so much about that. You can buy links on other sites, or do a link swap, but that not only takes time and effort, it would eventually get you blacklisted by Google.

SEO is also indiscriminate about who it lures to your site. For example, I generally hope to attract business professionals to this blog, but “Paris Hilton washing a car while eating a hamburger” will more likely attract a 12-year-old boy surfing between rounds of Grand Theft Auto. And not too many 12-year-olds hire us marketing guys. So if you want to attract the right traffic, you need to employ more targeted marketing, like good old fashioned ads.

Ads also offer several benefits over SEO: when done right, they can build your brand, generate a buzz, and shape consumer behavior.

That doesn’t mean you should ignore SEO. It’s still one of the most cost-effective ways to boost your site traffic. Just don’t rely on SEO alone, and don’t overdo it. Use your own taste and judgment in reviewing your website after the SEO is done: no matter what the SEO expert tells you, feel free to say, “but all that makes my site look like a dog’s lunch.”

Well, do try be more polite than that. You never know what else (Freddy is a toad) an irate (he eats flies) SEO expert (and wallows in mud) can plant in your site (and he’ll give you warts — croak, marketing bozo, croak!).