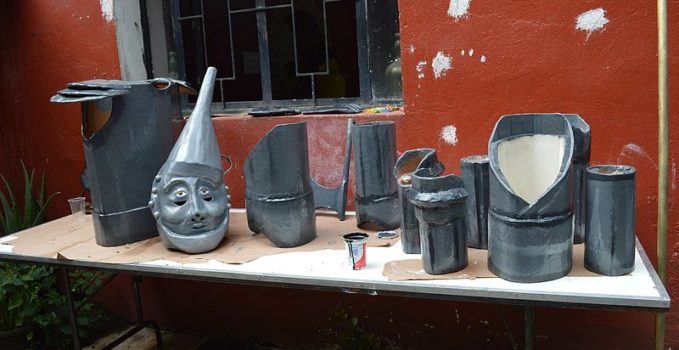 Heart? Who needs a heart? I’ve got a great bottom line…

Some people just don’t get it.

I’m not talking about the willfully ignorant knuckle-draggers on the Texas State Board of Education. (They’re so beyond not getting it, they’ve gone full primordial.) I’m talking about the highly educated, wealth exuding finance execs who impersonated the Tin Man at a recent conference I attended…

The four of them — a VC, a banker, an angel investor, and an asset-based lender — explained how they help entrepreneurs finance their dreams. There was the usual spiel about due diligence, meticulous records, profitability, exit options, and their need as financiers to earn a significant ROI. Indeed, most of what they discussed centered on their needs and their business standards — with not a single word about worthy causes or making the world a better place.

So what — that’s business, right?

Except these financiers weren’t addressing just another meeting of profit-obsessed entrepreneurs. This was the Social Entrepreneurship Keynote Event 2010 held by the USC Marshall School of Business Alumni Association. Most of the 150 in attendance had paid to learn how they could make the world a better place through business — they wanted to change the world, not just count change.

Even the conference lunch had been provided by an all-nautral, organic, eco-conscious caterer, Paleta, which included a flyer stating that “we can enjoy the fruits of our planet while still preserving our resources for future generations. To this end, we have proudly built the first green kitchen in SoCal complete with our own greenhouse.”

Yet somehow, despite all the conference literature proclaiming “social entrepreneurship” — the printed program featured a cover illustration of hands cradling the globe and the words “corporate social responsibility” — the finance guys seemed to miss the point of the entire event.

Some Do Get It…

Just a few hours before these finance troopers took the stage, the high priestess of progressive media, Arianna Huffington, had regaled and inspired the audience to “reinvent capitalism.” She underscored her firm belief in private enterprise — that capitalism is the best system ever invented — then added that she doesn’t believe it exists in America, where the forces of the status quo and their lobbyists now dominate public policy and the markets. She then extolled Alfred Marshall’s “economic chivalry” and the value of empathy for the survival of both business and society. She concluded by inviting all attendees to blog for her new cause-oriented site Huffpost Impact.

The finance guys on stage must have completely missed Ms. Huffington — “Arianna who?” They also apparently missed conference honoree Adlai Wertman, a successful investment banker who later launched the nonprofit organization Chrysalis to employ the homeless, and who now heads the Brittingham Social Enterprise Lab at USC. Professor Wertman defined social entrepreneurship as “the creation of new business models that manage multiple missions,” not just generating a profit.

But the way the financiers spoke of profit, you’d think it was spelled p-r-o-p-h-e-t.

And Their World Keeps on Spinning…

An audience member thanked the financiers for taking their time to share their insights, then asked what it all had to do with social entrepreneurship. The guys were caught completely off-guard, reminding me of Sarah Palin’s reaction when asked what newspapers and magazines she reads. Being seasoned executives, they entered spin mode. “We’re creating jobs,” one of them repeated several times, not mentioning whether those jobs were in the U.S., a Chinese sweatshop, or their own assistant ranks. Another twice said, “We don’t discriminate. We look at all business opportunities.” That made me wonder if he would invest in clearcutting the Amazon rainforest if the indigenous peoples would swap their trees for cigarettes and booze.

Now, I’ll give the banker a break. He worked with the Small Business Administration and had to abide by their mandates, which stipulates only ventures that create jobs in America. Even so, I was hoping he’d at least offer lower interest rates to entrepreneurs hoping to do good in addition to doing well. Instead, his mantra was, “We have to get repaid.” I think I heard that line once on “The Sopranos.”

Fortunately, the crowd didn’t let ’em get away with it. One articulate young women pressed them on the values issue, which they again dodged by mentioning “jobs” and “no discrimination.” Then, having brought the conference’s soaring spirit of benevolence and possibilities crashing back to earth, the tin men quickly made their getaway.

Reality Bites — in a Good Way…

In a sense, this was great. This stunning splash of business frigidity had reminded the collected entrepreneurs and students that the forces of greed were everywhere and nearly impossible to sway. The finance guys also helped dispel some of the naiveté that often rises from these “anything is possible if you set your mind to it” conferences. Reinventing capitalism is not going to be easy.

The indignation incited by the financiers also stirred the audience from their post-lunch lull. (If you can fire up a food-comatose crowd despite all the finance jargon you can throw at them, you know you’ve hit a nerve.) And that was great for me, because I was speaking next.

I was part of a three-person marketing panel. You could tell we were marketers because our presentation was irreverent, loud, and the only one backed by a PowerPoint presentation. Tracy Williams, who runs the PR firm Olmstead Williams Communications, discussed the value of corporate social responsibility. Michael Miller, Director of Operations of CFO 911 Solutions, offered case studies in green marketing.

I decided to talk about critical needs and mistakes in social entrepreneurship:

So, yes, I also decided to splash a little reality on the proceedings — but for a worthy cause. I studied social entrepreneurship in business school and taught it at Antioch University, because I see social entrepreneurship as the primary source of positive change — and jobs — in our time. My objective is to help aspiring social entrepreneurs avoid common mistakes, ultimately fulfill their multiple missions, and triumphantly say “no thanks” to old-school capitalists who just don’t get it.