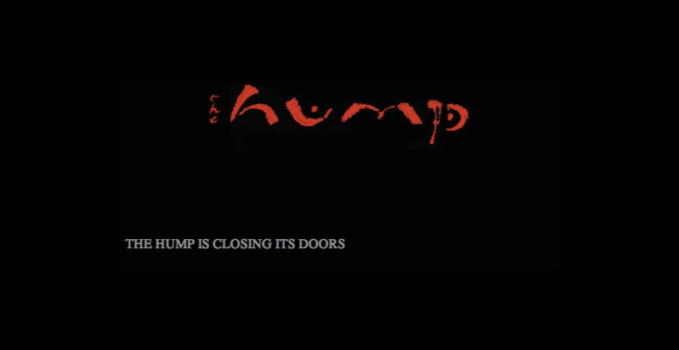 by Freddy Tran Nager, Founder of Atomic Tango + No Fan of Captain Ahab…

How does one of the hottest restaurants in town go completely out of business in just weeks? That’s what happened to The Hump, a trendy sushi joint in Santa Monica, California, that shut down after getting busted for selling (get this) whale meat.

Two activists covertly filmed the staff of The Hump serving whale sushi. This happened in March 2010, and today I teach it as a case study of the perils of being customer-centric, and why a complete stakeholders analysis is essential.

In a stakeholders analysis, we evaluate our customers, competitors, and own company. This helps shape strategy and gauge odds of success. Recently a fourth “C” — community — was added to factor in the relevance and influence of the government, labor unions, the news media, special interest groups, and other influencers. It’s the “C” that often gets left out of the equation, and it’s the “C” that factors most prominently in this case. Let’s dive in, shall we?

Customers: I’ve written several posts about customer worship in which I’ve noted that, yes, it’s essential to know our customers’ needs, but, no, we can’t afford to dismiss the following facts:

The Hump perfectly met the needs of certain customers — they wouldn’t have offered whale sushi unless they had customers willing to pay hundreds of dollars for it. (Note: the activists who exposed The Hump weren’t customers; they were vegans on the prowl.)

Competitors: Successful marketers differentiate themselves from their competitors. And in this case, serving cetacean sushi certainly distanced The Hump from the thousands of other restaurants in the L.A. area (or so we whale lovers hope). Mission accomplished!

Company: Before doing anything, a company should know if it has the means and willpower to do so. Did The Hump have access to whale meat? Check. Were The Hump’s staff willing to serve it? Check. Was the chef willing and able to prepare it? Check. Indeed, in an earlier (since deleted) review, the L.A. Times wrote, “The chefs at The Hump are deadly serious about their sushi.” No kidding. So all systems go!

Community: And here’s where the happy whalers of The Hump met their Moby Dick. First of all, the restaurant was not located in some red state outpost where the residents regularly flip their fingers at environmentalists. This was Santa Monica, aka “Soviet Monica,” an extremely liberal city that’s home to the environmental group Heal the Bay and an office of the Natural Resources Defense Council. People here love whales — but not for dinner. Together with activists, federal agents, and news-hungry reporters collaborated, they served The Hump up on a plate.

In sum, The Hump adequately met the needs of customers, differentiated themselves from competitors, and leveraged the skills and motivation of company stakeholders. But after 12 years of business, they decided to neglect the interests and power of their community, and wound up sinking themselves. 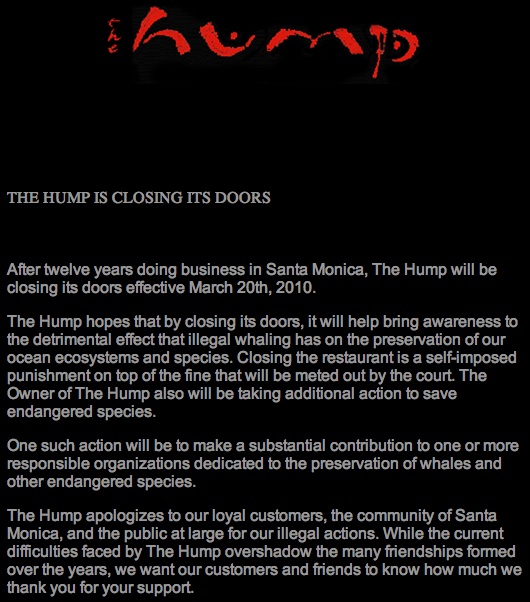