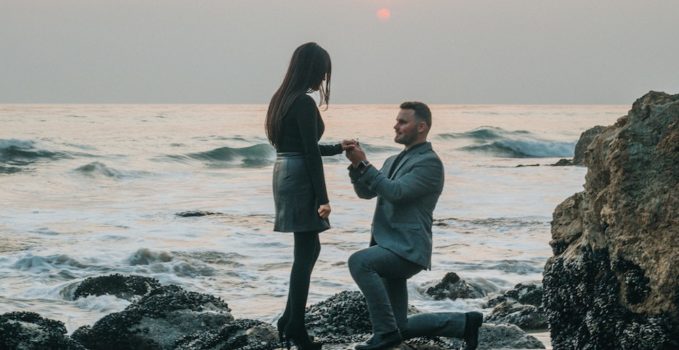 It’s Not “Engagement” If You Never Get Married: What Really Counts On Twitter

A client asked me how I measure “engagement” on Twitter. Now “engagement” is one of those overused, misused, and abused words in business — like “leading” or “authentic” — that no longer means anything. So how can professionals measure something that’s meaningless?

“The Merriam-Webster dictionary defines engaging as ‘tending to draw favorable attention or interest’…. The challenge in the context of measurement is that ‘favorable attention or interest’ is incredibly hard — if not impossible — to measure… Some have gone so far as to create torturous, complex formulas that calculate the baby, the bath water, and the kitchen sink. Result: nada. OK, there is some output, but it’s ugly and just about useless. Metrics masquerading as Engagement in the analytics-o-sphere are not really metrics, they are an excuse to (a) not accept the limits of possible and (b) hide what is actually been measured.”

Kaushik explains that typical measures of website “engagement” — time on site and repeat visits — reveal nothing about customer attitude and intent. What matters are the outcomes, which are the ultimate business goals:

If you can’t measure how your “engagement” leads to those outcomes, then your metrics amount to a whole lotta nada. Kaushik’s thinking applies to social media as well, where most “engagement” counts for little if anything. And yet people are still obsessed with empty engagement, as this tale illustrates…

If you’re new to Twitter, or have been tweeting but still don’t get the point (you’re not alone), this little allegory might help you see how typical Twitter “engagement” delivers little value to most marketers…

Meet Elroy, a single guy living in a place that’s terrible for dating — let’s call it “Silicon Valley.” Elroy decides to attend the ultimate Valley social event, Technologically Wired Introverts Trying To Establish Relationships (T.W.I.T.T.E.R.), and finds himself in a giant room packed with people talking about themselves… mostly to themselves. Some don’t even have much to say, so they mostly spout quotations by dead people and read headlines from any news publication within reach.

Let’s just say this isn’t what Elroy was looking for.

Suddenly, Elroy notices an attractive woman following him. He introduces himself, and she immediately asks if he’s invested in the financial security of his family. She gives him her card and says she offers both whole life and term. He tries to steer the conversation toward something more personal, but she doesn’t even notice because she’s off following the next guy.

Elroy then sees another woman across the room surrounded by a crowd of men hanging on her every word. She’s recounting every single minute of a conference she just attended, with excruciating details about what she ate, what she wore, and whom she had lunch with. The men toss empty compliments toward her:

“I love you how you phrased that.”

Elroy then notices a rather plain looking guy in a suit who also has a crowd surrounding him, including some attractive women who look Brazilian. Or Bangladeshi. Or maybe Burmese. The strange thing: the suit is saying pretty much nothing — mostly quotations by dead people and headlines from a news publication he’s holding. Yet all the people watching him are repeating his every word, as if they were oracular pronouncements. Elroy asks a young Bangladeshi, “What’s the big deal? Why is everyone listening to this bore?” The kid responds, “He paid us. Most of these people don’t even speak English, but money is money… Hey, want us all to follow you? Only five dollars!”

Elroy moves on and spots a group of people in animated conversation… repeating each other. “He said this…” and “she said that…” Except nothing they’re saying is worth repeating. In the center is a pasty skinned, overweight man with video gaming callouses on his thumbs. Elroy asks what’s going on, and the gamer responds, “We’re the most popular and influential people here!”

That strikes Elroy as odd, since the group members aren’t doing anything but talking to each other. “How can you tell you’re influential?”

The gamer sniffs, “Just listen to how often anything any of us says gets repeated.”

Elroy points out that influence actually involves making other people DO things, not just repeat words — especially if they’re repeating the words solely for the purpose of, well, a game. “IT’S NOT A GAME!” the gamer shouts. “WE’VE GOT CLOUT! CAN’T YOU TELL? JUST LOOK AT OUR SCORES!” And with that everyone in the group starts chanting, “LOOK AT OUR SCORES! LOOK AT OUR SCORES!”

Elroy flees from these self-proclaimed influencers, his dignity still intact. But overall the night has been a bust. For the rest of the evening, he finds himself making small talk about sports and TV with other men. It seems like everyone at the event wants to sell something, but no one’s buying.

The next day at work, Elroy’s cubicle-mate asks him how the event went. Not wanting to make his night sound like a complete waste of time and money, Elroy proudly shows the business cards he collected. “Two women gave me their numbers!”

His friend looks at the card from the conference lady and proclaims, “Dude, you got Elena Elaine’s number?!”

“I could tell. So what’s she famous for?”

“I just told you: she’s the hottest looking woman who attends conferences in Silicon Valley!”

And that did it. Thanks to T.W.I.T.T.E.R., Elroy packs all his belongings, loads up his Prius and moves to L.A., where he now produces reality shows about dating and is entering his third marriage in four years (two to the same woman)…

Now, of course, that’s all metaphorical, but it depicts the kind of empty activity that social media gurus tout as “engagement.” No wonder most brands are getting almost no value out of Twitter, no matter how “engaged” they are.

Allegories aside, let’s break down “engagement” on Twitter into what’s worthwhile and what ain’t worth a tweet…

First, let’s call all reactions to posts “responses” and not “engagement.” “Responses” is a neutral, matter-of-fact description, while “engagement” is vague and implies something positive, when we know responses can also be negative.

So as you tabulate all the responses to your tweets, evaluate them as well, assigning points on how close each one gets you to your business goals. That way you can separate the noise (“I tweeted a quote from Abraham Lincoln, and somebody retweeted it, so that should help his re-election chances”) from the signal (“I tweeted that I’m at the convention, and three potential customers set appointments to meet me”). Don’t hesitate to give a response zero points.

Anyone who doesn’t critically evaluate their responses — whether it’s trivial or major, positive or negative — is just another single guy boasting about that great party he went to, while not mentioning that he went home alone. He can show you the numbers, but odds are they just don’t add up.