Going Against Type: How Legibility Gets Sacrificed to the Design Gods 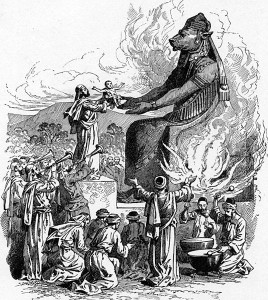 “The most important factor in selecting type is its readability. Type should be clear, easy on the eye, friendly, and inviting. Style is important — the choice of font is one of many elements that contributes to the image conveyed by the ad — but readability always comes first. Always… Never do anything to make the copy difficult to read. Type should be set in black against a clear white background – not a tint, not white on black, not in color.”
– Robert Bly, The Copywriter’s Handbook

“In a recent issue of a magazine I found 47 advertisements with the copy set in reverse — white type on a black background. It is almost impossible to read.”
– David Ogilvy, Ogilvy on Advertising

I just wish they always loved words as much as I do.

Art directors do love text… but usually as a design element, not necessarily as something that contains meaning and needs to be read. I’ve seen words condensed without space to breathe, their serifs hacked off, their bodies bleached and flung against a dark background and sometimes even hung sideways or upside down. Consequently, the artwork looks fantastic, but the words require hardcore squinting that permanently embed crows-feet around my eyes.

As if I need more.

I agree that certain words deserve that treatment — and worse. Trying to read most business writing is like trying to chew sand, even when it’s clearly laid out. That point conceded, when it comes to words that people might want to read, textual harassment hurts everyone.

Look At What Some Yahoo! Did…

Yahoo! Sports used to offer one of the cleanest sports experiences online, with clear black text on a white background, few special effects, and little drilling required. Whatever you wanted was quick to find and easy to read. What more could a sports fan want?

But Yahoo! has been struggling financially and that means… OMG WE HAVE TO REDESIGN EVERYTHING EVEN IF IT’S WORKING PERFECTLY FINE AND WE HAVE OTHER MORE PRESSING CONCERNS BECAUSE AT THE LEAST A REDESIGN LOOKS LIKE WE’RE DOING SOMETHING, RIGHT?!

Yes, that’s how new management often makes its mark: futzing around with aesthetics, which is a lot easier than fixing business fundamentals. That’s why Yahoo! recently modified its perfectly adequate logo — a process that entailed a poll of company employees, a design team, and micromanaging by CEO Marissa Mayer, all for a visual tweak that most consumers couldn’t care less about. (Incidentally, in discussing her design skills, Mayer uttered the words that strike fear into the hearts of designers everywhere: “I’m not a pro, but I know enough to be dangerous.”)

Beyond the logo, Yahoo! also decided to “refresh” several of their online properties. While the new designs are more picturesque, they now completely fail to communicate. Here’s what Yahoo! Sports looked like in 2011 (thanks to Kyle Snyder for the image)… 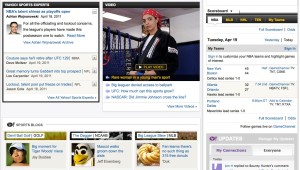 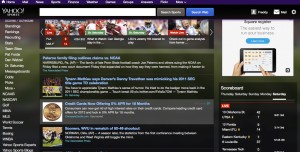 Just try to read all that small text, reversed against a blurred photo background. Note: that this is an improvement over an earlier redesign, which had a sharp photo in the background completely conflicting with the text. But after users complained, Yahoo! upped the legibility a notch — but hardly enough.

Compare that to a similar page over at ESPN, which is extremely cluttered, but far easier on the eyes. 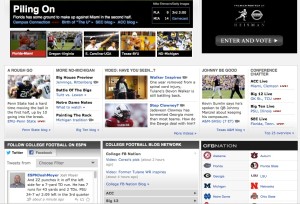 Say what you will about which site has a “cooler” design; the point is that sports fans want news and stats, not art. I love creative design, but a news site must also serve its functional purpose. Sorry, Yahoo!, I’m now an ESPN guy.

Now, if you think Yahoo! Sports is a site that creates sore eyes, take a glance at the luxury-boutique site Taigan:

Yes, nothing says “an unpretentious companion with such a discerning eye and keen awareness” like extremely wide paragraphs of tiny reverse text against a scarlet background. That page makes me want to avert my eyes.

Note that I’m NOT making up these rules about readability. You saw the quotes at the beginning of this article by two advertising icons. There’s also an oft-referenced study by magazine editor Colin Wheildon, Type and Layout: Are You Communicating Or Just Making Pretty Shapes?, who tested different type-background combinations (black text on white, white text on black, etc.) and found that reverse type utterly destroyed reader comprehension.

And yet bad typography perseveres.

Because All The Other Kids Are Doing It…

Bad typography is like smoking cigarettes: sure, it may eventually kill you and alienate non-smokers, but people do it if they think it makes them look cool and everyone else is doing it.

And, sadly, it appears that everyone is doing it. Here are the very first three ads that appeared in a recent issue of Wired: 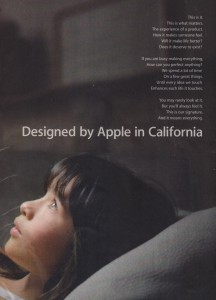 Cadillac is even worse — the text is italicized, pretty much begging everyone to ignore a truly interesting story… 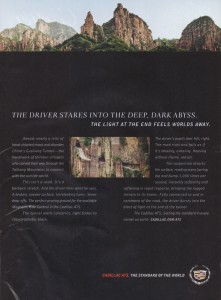 And Cartier gives us white on burgundy in illegible ALL CAPITAL LETTERS, which might make you wonder, why is a classic luxury watch company shouting? 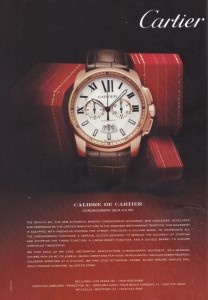 If these three esteemed brands, all known for exquisite product design, are perpetrating crimes against the written word, no wonder hip young designers who read attempt to read Wired are doing the same. They think they’ll reach a higher order of their profession by sacrificing legibility to the Design Gods, but they’re committing cardinal sins.

To again quote David Ogilvy, “You may think that I exaggerate the importance of good typography… But do you think an advertisement can sell if nobody can read it? You can’t save souls in an empty church. As Mies van der Rohe said of architecture, ‘God is in the details.'”