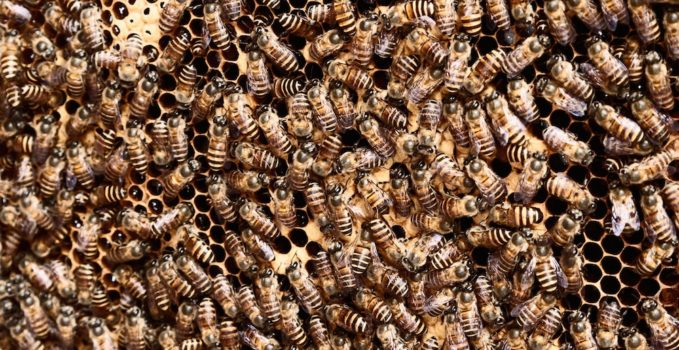 “Viral” Does Not Mean “Free”: The Reality Behind The Buzz

I recently had lunch with an entrepreneur to discuss her marketing problems. She had launched her company with PR, and the initial results included major media coverage and a torrent of traffic to her site, but that torrent dried to a trickle as the press and consumers lost interest. In just a couple of years her company had become “old news.” Since her operations were now sucking up all her available cash, she wanted a low-cost marketing option, and she called me to discuss this viral marketing thing…

When I explained some possible elements of a viral marketing plan, such as a creative video backed by ads, her eyes glazed over. “That’s too expensive, and I don’t believe in advertising,” she told me. I suggested that she write a blog with regular postings and a strong point of view. “I don’t have the time,” she said. I offered to ghost write it for her, as I do for other clients. “I don’t have the money,” she admitted. So here was an entrepreneur without money or time for marketing. I wanted to suggest a third option — “sell the company and get a job” — but decided to stuff a forkful of food into my mouth before it could do any damage.

I then recalled a lunch I had in Palo Alto with some dotcom managers. The four of us were discussing our favorite TV commercials when the senior exec broke his silence by authoritatively proclaiming, “If your product is viral enough, you don’t need advertising.” That statement of the obvious effectively killed the conversation. I wanted to call him naïve as a newborn lamb on ecstasy, but he was a part-time commander in the Israeli military who could break my neck with his big toes, so I stuffed a forkful of food into my mouth before it could lead to my early demise.

(Obviously, I need to choose my lunch partners better. Unfortunately, when offered the opportunity to discuss business over food — a combo plate I love — I always bite. Someday I’ll learn.)

Right now, in the safety of my living room, far from desperate entrepreneurs and Israeli commandos, I can make an authoritative proclamations of my own:

Viral marketing is not automatic and it’s not free.

Anyone who thinks we marketers can make something go viral by pressing a magic key on our laptops is smoking something funny. Yes, we can all cite examples of products or companies that went viral with little to no marketing expenditure, but those are anecdotal exceptions.

“Viral marketing has generated a lot of excitement recently, in part because it seems like the ultimate free lunch: Pick some small number of people to seed your idea, product, or message; get it to go viral; and then watch while it spreads effortlessly to reach millions. Unfortunately, for every high-profile example of a successful viral product—FlashMobs, the Star Wars Kid, or JibJab’s 2004 election spoof—there are many more attempts that fail. Reliably designing messages to exhibit viral properties is extremely difficult, it turns out, as is predicting which particular individuals will be responsible for spreading them.”

Normally, I have issues with ivory tower analysts, but based on my own professional experience, I can vouch that Watts & Peretti are absolutely right: It is the rare beast that goes viral on its own. In most cases, brands must also inform consumers using PR and/or advertising. The “viral” part is what happens when word spreads farther and wider than the traditional media on its own.

Here’s an example of a small viral campaign I worked on: “The Robotic Beer Launching Refrigerator”…

There are millions of amateur videos online, with all the directors dreaming of going viral and hanging with David Letterman. But few reach this point.

To begin with, it takes an exceptional product: Cornwell’s fridge was truly cool, not some special effects stunt.

It also featured something no one had ever seen before — and that’s critical. I nearly lose my lunch whenever some suit asks me to copy a successful YouTube video. For a “viral video,” one pinhead CEO actually handed me a camcorder and told me to interview one of his execs in a conference room. I told him that stood exactly zero chance of going viral. His reply: “Why not? It worked for lonelygirl15.” At that moment I wished I had an Israeli commando to sic on him.

(In case you don’t know, lonelygirl15 was a hit video blogger on YouTube. It was later revealed that she was a trained L.A. actress who was scripted and shot by trained L.A. filmmakers. She was a pretty girl who pretended to be a vulnerable and available 16-year-old as she broadcast from her bedroom — pure geek bait — not some middle-aged dotcom exec in a fluorescent lit conference room.)

Now there are word-of-mouth marketing companies who promise to turn anything you’ve got into a viral sensation. They boast platoons of young people hired to talk up your product online. (Just like I did on the Duke website.) But these services aren’t cheap, and they’re really just another form of public relations — with a catch: if any of those paid mouthpieces is exposed, your company is likely to suffer backlash for being a spammer.

Word of mouth has to be very carefully executed, and can be as involved and complicated as a traditional-marketing campaign.

So going viral can take effort, imagination, and money, often with the contributions of professional creatives and marketers. It involves risk and zero guarantees. For most companies, it’s not easy and it’s not free. Apple has no problem having its products generate a buzz, but even Apple relies on traditional media and advertising. Indeed, they don’t use social media at all. Yes, I believe every marketer should attempt to go viral, but that’s like saying everyone should try to be successful. “Viral” isn’t a method — it’s a destination.

Update 9/26/8: My client’s interactive zombie movie “The Outbreak” has gone viral, and it’s because all the elements were in place: an exceptional product, a professionally written press release disseminated across the Web,  and direct solicitations to key bloggers — just to name a few elements. It was a complete campaign surrounding an original creative product.