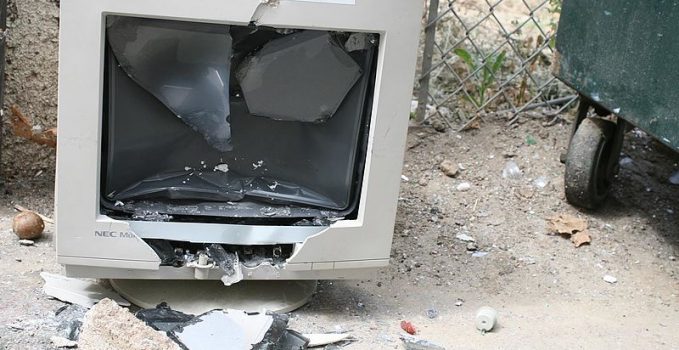 My wife could hear me cursing from the other room. Did I hurt myself? Did the stock market crash? Did one of my favorite characters just get the axe on Game of Thrones?

Worse: I encountered another case of bad marketing. (My priorities are warped like that.)

In this case, I was Facebooking on my phone and found an interesting article post, so I clicked through…

The article’s web page took forever to download content from different servers — ads, videos, and who knows what other embeds — so when I tried to scroll down to read more, the page readjusted and sent me back to the beginning. Then, just as the article finally looked ready to read, a pop-up ad covered the entire screen. What’s more, the “close ad” button was so tiny that I accidentally clicked the ad itself, sending me to a credit card offer.

“You daft imbeciles!” is the safe-for-work translation of my Game of Thrones-caliber curse.

Odds are, the website’s creators wanted that accidental click (high click rates = higher ad revenue), but the ultimate result was that I closed the site and never went back.

In hopes of saving the rest of the web from similar transgressions, allow me to present these 5 web-dev malpractices that drive too many users away:

On the web, lack of speed kills. Studies show that 40% of site visitors ditch a site if it takes more than 3 seconds to load. Yet I’m encountering sluggish sites more and more often — some taking 10 seconds or longer — and not because of a slow computer or Internet connection. The culprit usually consists of content overload: massive photos and videos, infinite scrolling sites that are really infinite loading, and too much content from third-party servers, such as ads, social media embeds, and analytics tools. By themselves, each of these items could be manageable, but some web developers load up on junk like they’re dining at a Vegas buffet. The result is serious internet indigestion.

Recommendation: Put your site on a diet and fill your plate with only high quality options. Embed only 2 or 3 features on each page, then whet your users’ appetites so they click on others. Be sure to test!

Another sin in this smartphone-addicted age is not making websites responsive (automatically adjusting to the user’s device) or mobile dedicated. I know a company whose Facebook ads targeted millennials, who would most likely see those ads on their phones. But the ads linked to a website that wasn’t responsive: the page looked like a mess on a mobile browser. So although the ad got a lot of clicks, the website didn’t get any transactions. The users just bounced (leaving after visiting only one page), which hurt the web page’s search engine optimization. In essence, their entire campaign left the company worse off.

Recommendation: Make your website responsive, or create a site just for mobile users (your server should automatically deliver the right one). A responsive site is cheaper, but if your site has a lot of charts and tables, like a sports page or stock market tracker, then go for a dedicated site or even an app.

OK, I get it — social media is a waste of time for most marketers, so they’re all turning back to emails and newsletters. But popping up a window that asks new visitors for their email addresses before they can enter the site is like asking for a stranger’s phone number at a bar before you even say hello. Even worse, some sites won’t give users the option of saying no — they require email addresses as the price of entry. (I usually click away or make up a fake email address.) Whether it’s an email request or an ad, anything that gets in the way of what users want to do is “friction,” and that’s not a good thing — especially if the users want to do something you also want them to do, like buy your products.

Recommendation: Email addresses and other contact info are invaluable for developing customer relationships, but wait until your users have finished reading or buying before hitting them up. You can also put your email sign-up form prominently on every page, and encourage registering at the end of every transaction.

Ow, my eyes, they burn, they burn! As study after study has shown, reverse type (usually white text on a black background, or a photo) hurts both readability and memorability, yet it has become alarmingly common. Equally bad is gray text on a white background. Then, to inflict even more eyestrain, some sites use text smaller than 10 pixels or in paragraphs that are too long or too wide. It’s not that people can’t read the text — especially if they have the eyesight of a 20-something — it’s that they just won’t. People don’t like to read online in the first place, so unless the badly designed text is as compelling as a fantasy novel, they’ll just ignore it — especially if they have the eyesight of a 40-something or older.

Recommendation: Make sure your designer knows that the purpose of text is to communicate, not decorate. Except for really large text, make all your text solid black on a plain white background (no patterns, no photos), and save the color for borders and images. Avoid italics, fancy scripted fonts, and text in all-capital letters. Use type that’s between 12 and 16 pixels, and paragraphs less than 10 lines long and no more than half the width of your web page.

Sometimes, even text that meets all the legibility requirements is still unreadable. And I’m not talking about amateur screeds — professional marketers are frequently guilty of verbal abuse. Here’s an example from the Hewlett Packard Enterprise homepage:

“Time to value defines success in today’s global markets. You speed time to value by continuously delivering and optimizing apps and services for customers, partners and employees. Companies need to do four things well in order to survive and thrive in this idea economy: they must transform to a hybrid infrastructure, protect the digital enterprise, empower the data driven organization and enable workplace productivity.”

Apparently, robots have already taken over writing jobs. And in this case, it sounds like a committee of middle-management robots with performance anxiety.

Now, that’s far from the worst bit of hype I’ve ever read, but it hits the bad-writing trifecta of clichés, vague abstractions, and jargon. Anyone who reads that entire spiel likely responds, “I don’t get it — what do they do?” Odds are, after a sentence or two, readers either leave the site (there’s that bounce again), or they phone or email the company. Now, contact from people is great if they become customers, not so much if they’re only asking basic questions the website should have answered, like “What do you do?”

An effective website should reduce customer service costs, but bad writing is the clueless sales rep who talks over the heads of customers in an attempt to sound “professional,” while refusing to provide the details they really want. The result: increased customer service costs or lost sales altogether.

Recommendation: Read (or make your writers read) Made To Stick by Dan Heath & Chip Heath, which explains the importance of being concrete and specific. Tell stories, provide examples, and use vivid language that creates pictures in the reader’s mind. And unless you’re talking to a colleague (doctor to doctor, lawyer to lawyer, engineer to engineer), avoid jargon. Rather than sounding “professional,” jargon makes the writer sound like he’s trying too hard to sound important and knowledgeable. Instead, write conversationally as you would speak to a customer over a business dinner.

Of course, if your dinner conversation turns to bad marketing, feel free to curse as if one of your favorite characters just got the axe on Game of Thrones.