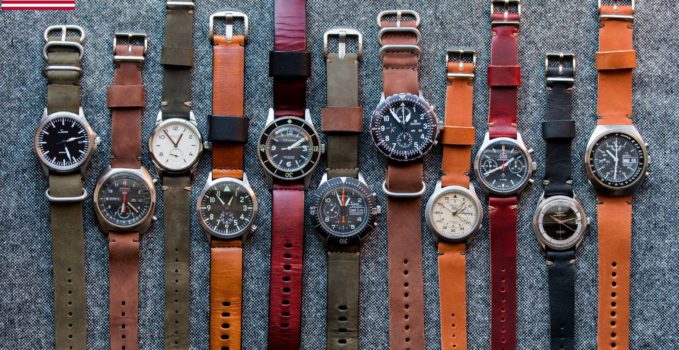 17 December 2016 By Freddy Tran Nager In Marketing, Materialism With 4505 Views

It’s About Time: WORN & WOUND Shows How To Do Content Marketing Right

I dig on wristwatches: reading about them, window shopping them, and occasionally adding an unusual artifact to my modest collection. For a while I collected vintage Russian watches, which are usually mechanical (no batteries) and remarkably cheap. Since many don’t come with bands, I discovered the bonus diversion of matching watch heads with the right accessories. 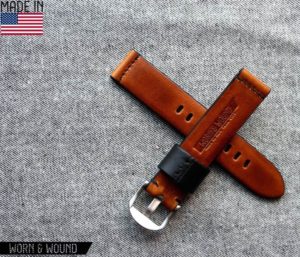 I think I’ll have a shot of rye…

And that’s how I stumbled upon Worn & Wound. Their striking handcrafted leather straps popped up in my Google searches, with their Horween Rye version catching my eye. (Now I just need to get another watch to put it on…) Being a marketing geek, I also wondered how such a small company managed to appear so prominently in search results.

So I spoke with Worn & Wound Managing Partner James L. Helms, who gave me the inside scoop — including the fact that W&W didn’t even sell products until their second year in operation.

W&W launched in 2011 as a blog helmed by Editor/Industrial Designer Zach Weiss. Five years later, that blog now has over 1000 articles and 160 videos covering more than 100 watch brands.

So what’s the value of all that writing and production?

The Wind-Up: Finding Their Niche

Today’s readers are drowning in content: nearly 60,000,000 posts are published just on WordPress.com each month alone. So to even get noticed, you need to already be famous, or find a niche and excel in your coverage.

Worn & Wound found their niche: fans of mid-level watches — “unique and well-crafted timepieces” mostly below $5,000. These include indie brands such as Autodromo and Sinn, and mass-market manufacturers such as Seiko and Bulova. While that price range fits most consumers, mid-level brands rarely receive media coverage. Most publications focus on luxury brands like Rolex and Omega, which can cost more than a new car.

Today, Worn & Wound regularly covers Baselworld, the big watch and jewelry show in Switzerland. Unlike most press and paparazzi, who throng to the luxury brands on the main floor, the W&W team beelines to the relatively quiet mid-level brand exhibits upstairs. Their nearly exclusive coverage of that section has forged strong relationships with both their readers and those brands, many of whom now advertise on the site.

Today, many other blogs cover mid-level watch brands, but W&W moved in early to establish their site as the leader in this category.

Over Time: Spreading The Word

Most blogs can’t just sit and wait to be discovered. (Something rarely mentioned in inbound-marketing strategies.) They have to go out and promote themselves, particularly now that Google’s algorithm favors “quality” sites with demonstrated reader support. If you don’t have active readers, don’t expect much help from Google.

Worn & Wound posted their first few articles in watch enthusiast forums, and found that people were “starving” for reviews of mid-level brands. W&W has fed them well, with several articles per week, ranging from reviews to interviews, horological history to Instagram highlights.

Co-founder Ilya Ryvin is also a documentary filmmaker, so videos became a natural complement to the articles. At 15-20 minutes, they tend to run longer than the average 2-minute “viral” video, but that’s what their fans want, and each video scores thousands of views on YouTube, with some breaking the 6-figure mark.

While W&W sells ads to watch companies and accessory makers, according to Helms, they take honesty seriously: they simply won’t review anything they don’t like, and they clearly label sponsored posts. The W&W team also prefers to take their own photos, because their readers usually want to see more of a watch than seen in official marketing pics.

To further spread the word, W&W has the obligatory accounts on Facebook, Instagram, and Twitter, with Instagram generating the most results. (Watches are naturally visual, and according to Helms, W&W’s fans even want to see what watches the W&W partners are wearing on a particular day.) In addition, a summary of the articles with links and photos is emailed weekly as the W&W newsletter, ensuring that fans never miss out.

Finally, beyond their online presence, W&W has the marketing savvy to take their brand offline as well. They now host Wind-Up New York City, a 3-day watch fair featured in Esquire magazine (with an SEO-boosting back link) that attracts around 3000 people annually. W&W also appears at pop-up events to promote their brand to consumers beyond the watch world.

Most watch collectors are male — likely because men love mechanical items more so than women do. That’s reflected in W&W’s base, which is 89% male. But according to Helms, their number of female readers is growing, as many new watch styles (such as those by Brew) appeal to all genders.

Also promising for the brand is that younger consumers are finally discovering the joy of mechanical timepieces. (They’re not all sporting Apple Watches.) Helms notes that 75% of their readers are younger than 45, and are increasingly searching for unique styles. 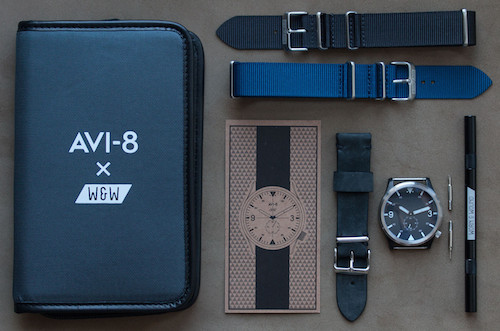 To capitalize on this readership that’s growing in both size and passion, W&W launched their own watches in collaboration with aeronautics-themed watch brand AVI-8. They’ve done two collaborations to date with “great results.”

W&W also just ventured beyond the watch world, leveraging their expertise in fine leather work to create a line of men’s belts. Will such brand extensions succeed on a watch-themed site?