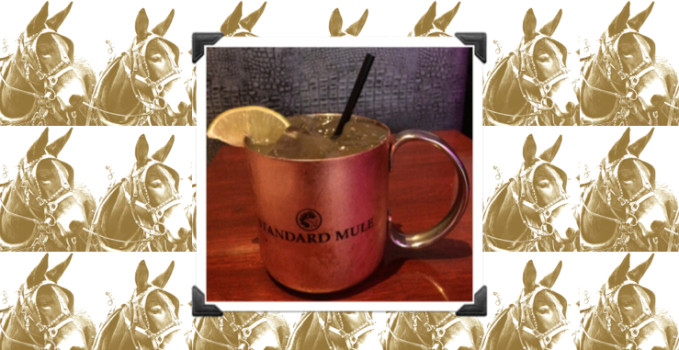 Today we’re gonna bend the rules a bit. Instead of bringing you a martini recipe, I want to scribble outside the lines and share something (gasp!) different. And yes, it’s served on the rocks.

I’ve always been a fan of copper: it makes for interesting jewelry, strong plumbing pipes, and who doesn’t love a nice shiny penny? (Despite the fact that pennies are a useless form of currency, obvy.)

A while back, I noticed an infestation of copper mugs on the local bar scene. You could barely take a swig of your scotch without their reflective blinding blast. Moscow Mules, of course.

So where did the Moscow Mule wander in from? 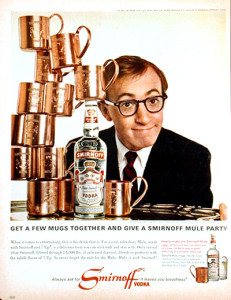 Sporting a Woody for Moscow Mules

Legend has it during the 1940s, a dude by the name of John Martin purchased a vodka distillery you may have heard of called Smirnoff. One day he visited his buddy Jack Morgan, founder of the Sunset Strip Cock’n Bull tavern. Apparently the duo concocted an idea to blend vodka with ginger beer (produced by Morgan’s Cock’n Bull Products) and added a squeeze of lemon. Martin then embarked on a nationwide journey to sell his vodka as part of the “Smirnoff Mule” and, 75 years later, this saucy spirit has become a staple at my weekend stomping grounds (after undergoing a slight name change and swapping in a lime wedge for the lemon).

But why the metallic mugs? One theory is that Morgan had a girlfriend whose company produced copper products, so the pairing seemed like a natural fit. Another source doesn’t divulge the origin of the mugs, but states that Martin asked bartenders to take photos with a bottle of Smirnoff and a copper cup as he traveled the country, creating a trail of tradition behind him.

While my fellow booze enthusiasts adore the gingery tangy taste of Moscow Mules, we’ve clearly fallen for the metallic mug. A bar in West Hollywood recently implemented a “license Mule rule”: if you order a Mule, the bartender holds your drivers license as collateral due to overwhelming copper cup theft.

After kicking back more than my fair share of Moscow Mules one night, I stared into my murky reflection on the mug and had an epiphany: what if I substituted rye for the vodka?

The mule underwent a metamorphosis and emerged as a vibrant citrusy ambrosia. While the original recipe is clearly a fan favorite, my rye adaption pays a crisp homage to its predecessor.

I invite you to hop on this saddle, settle in, and giddy up! 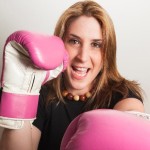 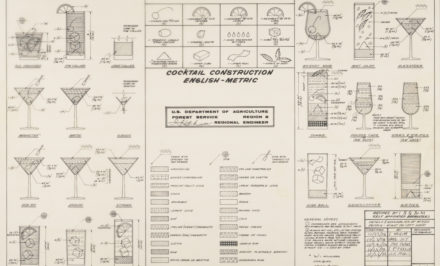 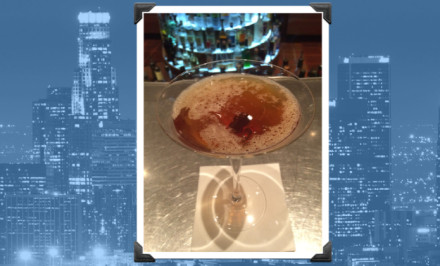 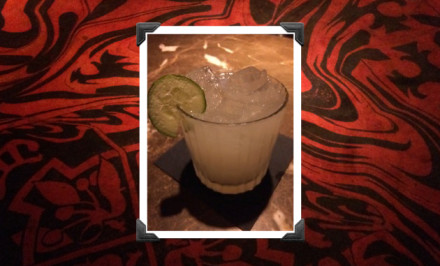 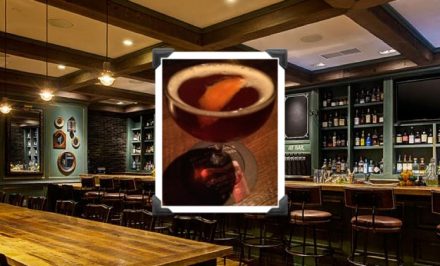