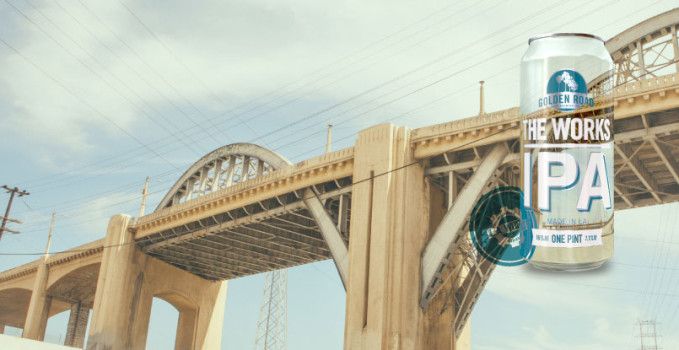 End Of The (Golden) Road? When Your Favorite Beer Gets Swallowed By Giants

by Freddy Tran Nager, Founder of Atomic Tango + Craft Beer Lover Before He Was A Drinker…

How should you feel when one of your favorite local brands gets snapped up by a giant multinational corporation? Shouldn’t you just feel giddy that a small-business owner hit the jackpot?

Well, try to remember when your favorite radio station got devoured by the zombies at Clear Channel. Or perhaps your charming regional bank got snorted up by a soulless Wall Street behemoth. Or imagine your favorite local restaurant or coffee shop getting purchased by McDonald’s or Starbucks. It’s the bland buying your brand, so no matter how much sense it makes for the owner, you feel like a part of your soul just got pimped out.

It just happened again to something near and dear to me: an independent brewery.

First, Let’s Trek Back To A More Innocent Time…

As a kid growing up in Oregon during the ’70s, I loved the local beer ads. (Yes, my inner-marketer was starting to show.) Of course I didn’t drink the stuff — I couldn’t even stand the smell. But my buddies and I could recite the beer ads as if they were Dr. Seuss tales.

Take this classic quaff or Oregon pride from brewery Blitz Weinhard, then based in Portland:

The trooper became a local folk hero, with the actor making guest appearances throughout the state. We all practiced our impressions of him.

We also enjoyed the surreal ads from Rainier Beer in nearby Seattle, including “Wild Rainiers” as denizens of the Northwest woods:

There was even a Rainier call, which my buddies and I practiced:

Also from neighboring Washington came Olympia Beer’s ads, which touted their artesian water — “artesian” means “well water,” but Olympia played it up as if “Artesians” were mythological beings (think gnomes). We would sing the Artesian song on bus rides to drive our teachers crazy… or just thirsty:

So what happened to all those great Pacific Northwest breweries with the funky ads?

Well, in the grand capitalist tradition, corporate monstrosities bought ’em up and shut ’em down.

Survival Of The Fattest

Despite the valiant efforts of the trooper, nothing could stop Miller Brewing Company from crossing state lines and swallowing up Blitz Weinhard’s Portland brewery (established 1856, shut down 1999). Today Weinhard is just a label outsourced by MillerCoors to Full Sail Brewing. At least Full Sail is an independent brewer in its own right… for now.

Likewise, Rainier (established 1884, shut down 1999) got snapped up by Stroh and, later, Pabst, which makes a rust-flavored liquid that only tasteless hipsters could love. Pabst now holds the once wild Rainiers captive in its L.A. operations.

Then there’s Olympia Beer (established 1896), which was acquired by Stroh then Pabst then Miller. The Artesians went extinct in 2003, and Olympia is now brewed with whatever water gets piped in lovely Irwindale, California.

Now all this ancient beer history would matter only to Pacific Northwesterners and craft beer aficionados… if it weren’t happening all over again. This time it’s transpiring in today’s hotbed of microbrews: Southern California (and I’m not talking about Pabst)… [continued on the next page]