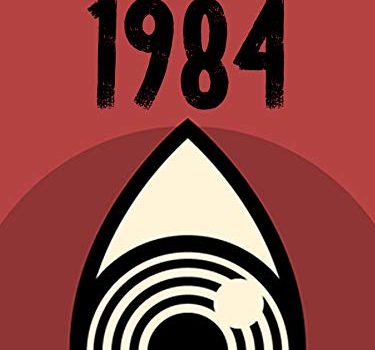 Orwell is not only spinning in his grave, he must be doing triple salchows.

Amazon kindled a web-wide furor this morning when it yanked digital copies of two books from users’ Kindles: George Orwell’s 1984 and Animal Farm…

Apparently, when you buy an e-book for your Amazon Kindle, you’re only buying the license to read it, not ownership of the book itself. Amazon can revoke that license at any time, including after you’ve made your purchase. Buyers did get full refunds, but this wasn’t just another product recall.

Yeah, the Orwellian ironies have been pointed out by the NY Times’ David Pogue and — in a more histrionic “grab your torches and pitchforks” manner — by TechCrunch’s MG Siegler, who spews, “Amazon, Why Don’t You Come In Our Houses And Burn Our Books Too?” In Siegler’s view, Big Brother lives in Seattle and goes by the name Jeff Bezos.

I see all this as more of a business decision and a licensing issue than an act of censorship.

While the various parties battle it out with lawyers and laments — “don’t piss me off, man, or I’ll write a vicious article!” — there’s one temporary solution: 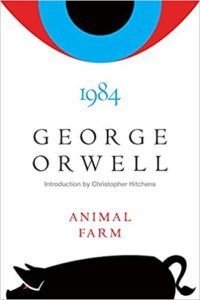 Double Plusgood (and no batteries required)

Animal Farm + 1984 in one hardcover book. It’s shatterproof, sand proof, built to last decades or even centuries, no batteries required, and you can own it forever, resell it or give it to a friend. Crazy cool, huh? Oh, what will those zany scientists ever think of next?

Update: There’s actually a very logical explanation for this just reported by the New York Times:

“An Amazon spokesman, Drew Herdener, said in an e-mail message that the books were added to the Kindle store by a company that did not have rights to them, using a self-service function. ‘When we were notified of this by the rights holder, we removed the illegal copies from our systems and from customers’ devices, and refunded customers,’ he said.”

In other words, the books were stolen merchandise. If you buy stolen goods, even if you weren’t aware that they were stolen, the authorities still have the right to retrieve them. Nothing Orwellian about that.