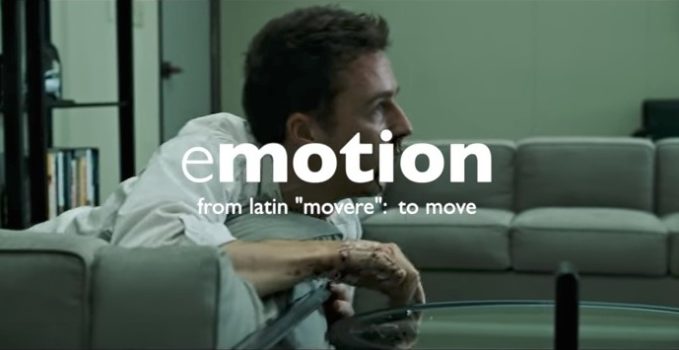 Note: buying anything through the links on this page may benefit the Atomic Tango martini fund.

The first DVD I ever bought was Fight Club, and not just because it was based on the inventive and incendiary novel by Chuck Palahniuk. (One of my favorite books.) Throw in Fincher’s directorial prowess and the compelling lead performances, and Fight Club warranted watching again and again and again. (Plus, the film blows up Century City, where I used to live and work. Very cathartic.)

But even as a repeat viewer, I didn’t notice Fincher’s brilliant cinematographic technique to make audiences fixate on characters and connect with them emotionally. The guy who did catch on is creative analyst/YouTube star Evan Puschak, aka “The Nerdwriter.” Here’s what he noticed in Fincher’s films:

I’d love to practice this with my videos, but I’ll need a whole other lesson on how to get my cats to do take after take.