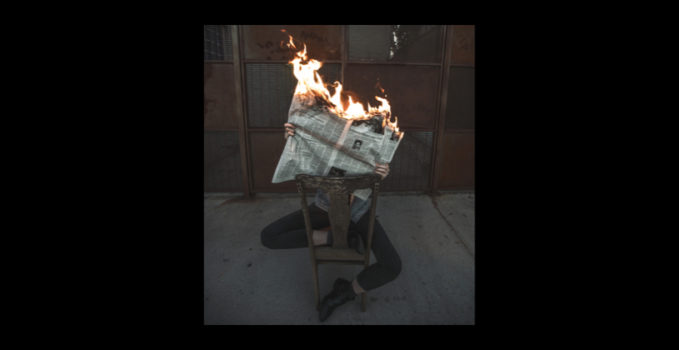 Black and White and Dead All Over: Can Journalism Survive Free Riders?

It’s tough watching an old friend slowly die. Even tougher knowing that you’re helping to knock him off.

Before you go calling 911, the old friend I’m referring to is my daily newspaper. For decades, I’ve started every day with my sports and business pages while downing pure Colombian full-caf. Whenever I miss my morning coffee-n-paper jumpstart combo, I find myself fluttering through the rest of the day like a fat pigeon in a hurricane.

Now, to my profound sadness, newspapers are dying, losing readers and advertisers to the Web. As a blogger, I contribute to this lethal migration, not so much by stealing readers from newspapers (if only I had such drawing power), but by validating the Web as the place to go for scoop. I myself drink deeply from this vast sea of instant info. After all, why read papers for business alerts or sports scores when they’re updated every second online?

A newspaper is more than just info in print.

As an environmentalist, I should encourage the demise of a medium that consumes so many trees. I can always sip my coffee while perched before my MacBook — but it just wouldn’t be the same. With that vast expanse of information spread before me on dead wood, I’m much more likely to read something I might have ignored were it presented as a hyperlink. I can also take a paper to the bathroom or beach — where MacBooks dare not tread — or stuff it into my bag for later perusal anywhere. Who needs WiFi?

As executed by the L.A. Times or the N.Y. Times, a newspaper is an orchestrated performance to consume at your pace and leisure. These hardened yet savvy wizards known as “editors” critically pick what’s relevant, what’s trivial, what warrants front-page emphasis, and what deserves relegation to the bottom corner of the inside back page. Do they make mistakes? Sure, they’re human, but they’re better than the alternatives.

Twitter is indiscriminate in feeding me story after story, many of them misleading. Even a crowd-based filter such as Reddit seems less orchestrated than mob-ruled.

What truly separates newspapers from all other journalistic media is painstaking, tedious, in-depth investigative reporting of serious issues. The other media could provide it, but they won’t.

The major network evening newscasts consist of pharmaceutical ads interrupted by sound bites. Go ahead, millionaire anchors, critically investigate that vast greedhole known as the U.S. pharmaceutical industry. I dare you. We’ll see how long your corporate masters will keep you around at Comcast/NBC, Disney/ABC, and Viacom/CBS.

The cable news channels are worse. Fox News is a right-wing exercise in character-assassination and willful ignorance. CNN has become People Magazine in HD: “Tonight: what hot chick who used to date Brad Pitt then became a governor’s prostitute is now missing in Aruba? We’ll provide continuous coverage after this quick report on some wars going on.” MSNBC consists of pundit after pundit after pundit speculating and pontificating and speculating some more on what someone else has investigated, followed by a prison-reality show.

And now we bloggers are supposed to be the new face of journalism — may the gods save us if that’s the truth! While we may cover stories the “mainstream media” missed, people like me are more likely to review shenanigans at Facebook than expose corruption at the Pentagon.

And the bigger bloggers, like the execrable Matt Drudge, want to shape the news rather than report it. Bloggers are to journalism what street preachers are to education. Certainly interesting to listen to or read, but not exactly the foundations of a civil society.

The big question we bloggers need to ask ourselves: are we amputating the hand that feeds us?

An editorial in the L.A. Times, “The Free Ride That’s Killing The News Business,” argues that bloggers, online news aggregators and other “free riders” are driving real journalists into extinction:

The article notes that, while free rider websites can survive on very little profit, “Newspapers, which bear the hefty labor costs of gathering the news, can’t.” The editorial then proposes tweaking copyright law so that news can’t be borrowed freely by aggregators and bloggers.

As a newspaper lover, I appreciate the sentiment, but there’s no way in hell to re-bottle this genie. It’s simply too easy to rehash news online. Indeed, sharing information is the entire raison d’etre of the Internet. Clamping down on sharing news online would be like banning gossip in a junior high. If the music industry can’t protect its songs, how is the news industry going to protect information? Will the Powers That Be read every blog, peruse every Facebook profile, scan every tweet? After all, most news organizations are using social media to drive traffic to their sites, even putting “share” buttons next to their stories.

That said, we still need a solution to save the news business. Just don’t look to the bloggers for it.

Former TechCrunch blogger Paul Carr — one of the more brilliant writers in the business — used to write for the U.K.’s Guardian newspaper before getting laid off. For a while, he was the only real journalist at TechCrunch, which I used to read daily. Some of their stories provided valuable information, but far too many consisted of hearsay, speculation, and over-the-top editiorializing. You know, just like my posts here at Atomic Tango. The difference is that I would never compare my blog to a real news outlet, least of all claim to be superior to it, as does TechCrunch.

Carr criticizes that absurd comparison himself. (I quote at length, because it’s totally fair to free ride a free rider.)

“There’s a horribly pompous misconception amongst bloggers that they are somehow ‘taking on the mainstream media’. ‘Those old losers just don’t get it!’ they cry. ‘We bloggers are on the scene first, asking tough questions before the mainstream media have even put their shoes on’… When it comes to a certain type of highly visible breaking news, no-one can argue that social media kicks the mainstream media’s ass. At any given disaster, there’s possibly a 0.01% chance that a professional journalist or photographer will already be on the scene, compared to 100% odds that there’ll be some dude with a camera-phone there…. And yet… after camera phone dude helps us establish that the plane has crashed, who can we trust to tell us why it happened? While bloggers can own the first five minutes of any breaking story – a plane crash, a fire, a burglary – it’s always going to be the professional reporters who own the next five days, or five weeks. They walk the streets, work their contacts and – yes – trawl the blogosphere for eye-witness reports, and then take all of that information, analyse it, follow it up and ultimately provide an account of events that readers can trust… a superstar hack takes days – or weeks – of legwork to get to the bottom of a single story. Without content from workaday photographers or wire-feed-re-writers, the New York Times would be three pages long and published weekly. Good journalism is a slow, labour-intensive business. And what about unglamourous local stories? Let’s not forget that the two most famous reporters of all time – Woodward and Bernstein – were junior reporters when the broke their most famous story: Watergate. A story, let’s also not forget, that began life as a dull local burglary.”

Unfortunately, Carr then remembered where his paycheck was coming from and reversed himself a few paragraphs later, arguing that most newspapers have devolved into tabloids, and, hey, will you look at all the great journalistic practices taking place at TechCrunch?!

So What Is The Salvation?

Perhaps the model for real journalism is a nonprofit news organization like NPR. After all, as some of Walter Cronkite’s obituaries noted, even in the heyday of journalism, news reporting was often a loss leader performed as a civic duty by the major media corporations. A great news report also created a halo effect for the entire organization.

Conversely, many of today’s so-called news organizations pander to sensationalism (“all Kardashians, all the time”) in order to draw the audience numbers that mollify advertisers, investors, and creditors. The result is a 24/7 abuse of the word “news.” That’s why I’d love to see the L.A. Times or N.Y. Times launch its own cable news network with the standards it sets for its paper.

Just imagine a world in which all the news reporting and analysis came from bloggers, tweeters, and corporate-issued press releases… That would make the fascist freak show Fox News look like a paragon of journalistic excellence. It would make the seditious and anti-intellectual Bush years look like the Enlightenment.

In short, free news might sound like a great deal now, but it ultimately comes with a very high price.