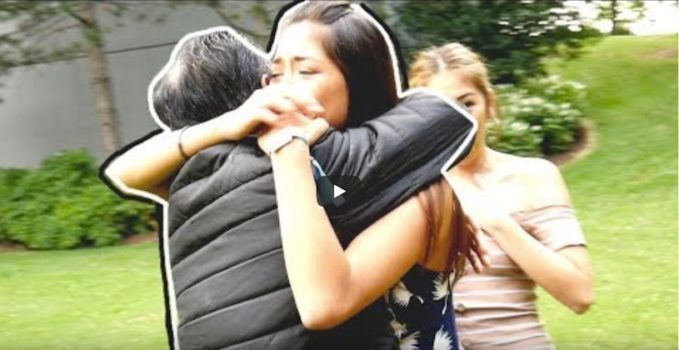 This is the true story of one of my students — a story filled with accomplishments and emotions and valuable insights. I just had to write it up and share…

While working in Vietnam six years ago, American storyteller Kyle Le began making videos of the local street-food scene and sharing them on YouTube. A self-taught filmmaker and social media marketer, he gradually built a devoted following on his channel (Kyle Le Dot Net), which now has over 200,000-subscribers attracted to Kyle’s mini-documentaries from a Vietnamese-American perspective.

Then Kyle found his greatest success — and satisfaction — filming families reuniting after lifetimes apart. So after enrolling in USC’s Digital Social Media (DSM) program (where I frequently teach), he decided to apply his social media skills to helping others find their loved ones while recording their experiences.

For his DSM Capstone project, Kyle flew from L.A. to Trinidad to Toronto to record a family separated by adoption. The reunion featured far-flung siblings and birth parents all meeting for the first time. On August 11, 2019, Kyle posted the resulting video, “Girl Finds Her Birth Family on Facebook & Meets Them!”, on YouTube.

Although family reunion videos generally attract viewers, as a social media marketer, Kyle knew to leave nothing to chance.

“I promoted it by releasing a vlog of me actually traveling to Trinidad before the actual reunion,” he said in an email to me. “This was meant to introduce some of my subscribers to these adopted kids and act as a prelude. I made sure to mention in that vlog that I was there to film a reunion video and for my viewers to check back in exactly three days. I usually do not have a set video release date, but this time, I used YouTube’s premiere feature and launched it at a specific time Sunday noon eastern time…

“Roughly 300 subscribers watched along with me and chatted with me and the adopted kids,” he noted. “YouTube, seeing that a lot of people finished the video, likely sent it to more subscribers, and after about four or five days, it really picked up momentum by appearing in many people’s recommended list… I also made it a point to answer or ask further questions from the first 200 or so comments. This lead to responses and more engagement.”

While acknowledging the effectiveness of such tactics, Kyle emphasized the importance of having original and emotional content. “I was very fortunate to earn the trust and comfort of everyone involved in such a short amount of time, and for them to just be vulnerable and cry on camera when I’m standing right there. This is something that I worry about, because a film crew might not be able to capture these raw moments. They might be able to do it more professionally, but it’ll lack intimacy.”

Produced at Kyle’s own expense, the video has proven rewarding beyond views. “I feel more accomplished and satisfied knowing that my project has real world ramifications and actually affects people online.”

With his DSM degree now in hand, Kyle continues to make documentaries, with the next one about a young woman seeking her biological mother. Using social media, Kyle found the mother in 30 minutes — and now the journey begins.