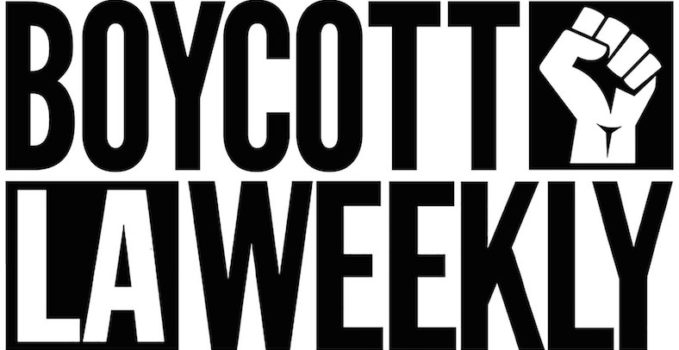 Devoured: How The Dark Side Silenced The L.A. Weekly

I used to read the L.A. Weekly (the alternative newspaper of Los Angeles) when it was the size of deep dish pizza — and almost as delicious, filled with no-holds-barred political screeds and small-theatre reviews and creative writers who wouldn’t get a shot in any other L.A. publication.

Big plus: it was free.

The Weekly came out every Thursday, and my friends and I would rush out and grab a copy before they were all snapped up.

Over the years, the print version shrunk to thin-crust personal size, mostly because today’s consumers seem allergic to reading anything longer than a text message (“I’ll just have a slice and a Diet Coke”). But still it lived.

Unfortunately, its survival was still too much for a group of wealthy Orange County Republicans, who decided to take it over, fire its staff, and make writer exploitation its business model (“Why pay writers when they’ll work for ‘exposure’?”).

So, alas, the L.A. Weekly is now but the empty pizza box.

Here’s hoping the new owners ultimately bail and lose their money, since advertisers are also pulling out. (Thank you, Amoeba Music!) In the meantime, I’ll keep an eye out for a new alternative news source for Los Angeles — one that thinks writers are worth paying, and that progressive voices shouldn’t be silenced by greedy men with deep pockets.