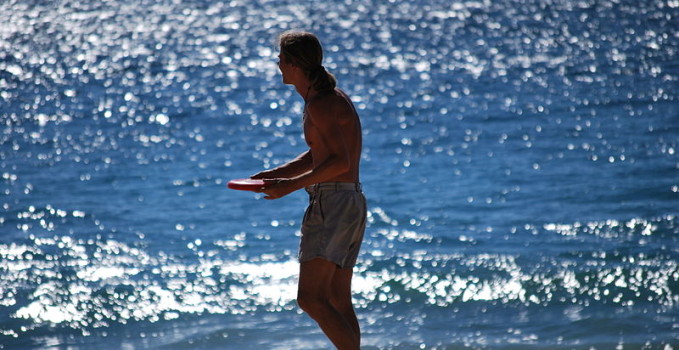 Much A’Tweet About Nothing: Why I Don’t Get My News From Twitter

The other day I’m killing time on Twitter – which I call “Fritter” because of how well it serves that purpose – when a trending topic caught me eye. I usually ignore Twitter trends, which consist primarily of vapid paeans to Justin Bieber, false celebrity death announcements, and such pressing topics as #YouNeedToBreakUpIf.

Yes, those really are trends on the world’s most overrated social network. What, you were expecting news about Arab Spring and other democratic revolutions? Dude, that was so 2011. The Twitterati have moved on. Get with it.

The trend that caught my eye? Simply “L.A. County.” OMG, I thought, are we finally slipping into the sea? Is Godzilla stomping his way from Malibu to Long Beach? Did the Chinese buy up our backyards to use as landfill?

No: it was some erroneous report that L.A. County would fine you $1000 if you throw a football or Frisbee on one of its beaches. Of course, most reasonable people would suspect that something so preposterous was likely distorted, and they would then seek out the truth. But this is Twitter, where reason and truth are scarce natural resources.

We don’t need no stinkin’ Q&A…

Instead of probing questions and answers, we get outrage — which sums up American culture in the 21st century. The ignorami came out in full force, tossing around terms like “Communists!” and “Socialists!” to demonstrate the vast failing of our public education system. The conspiracy theorists, who flock to Twitter like ecstasy dealers to a rave, called it a money grab by politicians, even though a hell of lot of Frisbees would have to be impounded to fill the county’s $220 million hole. And then we had turbo-moron Rush Limbaugh crying “tyranny!” – once again flaunting his mad skill of accelerating from zero to buffoonery in just seconds.

Yes, Congress recently authorized an act that allows people in the U.S. to be arrested and held by the military without trial “until the end of hostilities” (i.e. forever) if they’re simply suspected of being terrorists. But that passed with hardly any notice. Instead, the Twitter lynch mobs raised their #torches and #pitchforks over footballs and Frisbees. Nice to see that we have our civil liberty priorities in order.

I ultimately learned what the beach bawl was all about by reading (get this) a newspaper. Ha ha. Yes, I consulted sheets of dead-tree matter containing stories researched by educated journalists and screened by professional editors. What a crazy concept. And sure the results weren’t Twitter instantaneous – good reporting usually takes time – but the L.A. Times came through.

And apparently, the law in question was passed… 40 years ago. It was originally written to prevent large games from breaking out on crowded beaches, thus endangering sunbathers. And the reason the law had been raised anew in 2012 was because the L.A. County Board of Supervisors wanted to loosen it – that’s right, the damn leftists were loosening the law – for the cold weather months when the beaches are barren.

No big deal, but again, we’re talking Twitter. And as Karen North, director of the Annenberg Program on Online Communities, said in the L.A. Times, “One of the negative sides of social media and the digital age is anything that’s shocking or entertaining has its viral appeal.”

Yes, our friends Shock & Awe, now appearing at a social network near you.

I understand why newspapers are losing subscribers. It’s impossible to compete with free, even if the replacement is a vastly inferior product. My deep fear is that real journalists will go the way of blacksmiths and alchemists. ‘Cause if bloated gossip mills like Twitter become our society’s primary source of news, the future will be no day at the beach.