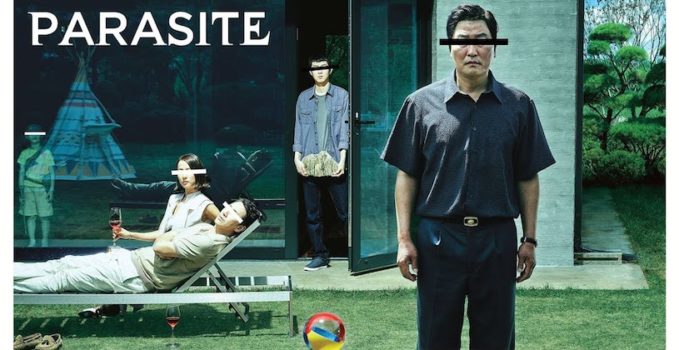 Why is everyone surprised that Parasite won the Screen Actors Guild (SAG) award for “best performance by a cast in a motion picture”?

True, no foreign-language film had previously won a SAG ensemble award, and only one other had even been nominated (Life Is Beautiful).

And true, the cast contained no Hollywood stars…

But that last fact alone should have told the audience and the media what Parasite was destined to win. Because unlike those other award shows, the SAG Awards are — obviously — voted upon by actors.

And at any time, more than 90% of SAG members are not employed as actors (bartending doesn’t count). And only 15% of SAG members qualify for health benefits through the Guild (meaning they make less than $16,000/year from acting).

Just like Korean society as depicted in the movie, the Hollywood acting community is divided between the ultra-wealthy few and the impoverished masses. (And that’s not counting the actors who aspire to become SAG members.)

And the parallel doesn’t stop there.

In Parasite, the poor survive off the wealthy, living “parasitically” in their households. In Hollywood, most actors depend on the A-list elite to power the shows and movies that keep them (occasionally) employed.

Parasite presented a recognizable truth to the actors, and they responded.

Meanwhile, at the other award shows, the well-to-do producers, critics, and “foreign press” had no such empathy for the poor characters in Parasite.

So, yes, SAG members gave awards to A-listers Brad Pitt ($10 million salary for Once Upon A Time in Hollywood) and Jennifer Aniston ($2 million per episode for The Morning Show). No resentment or irony there. Most actors I know respect the A-listers’ work and dream of reaching their level of success. But when presented a starless movie that epitomized their own struggles, SAG members jumped at the chance to honor it.

This is not to detract from the brilliant performance by the Parasite cast — their award is well deserved. But the other nominees (The Irishman, Jojo Rabbit, Once Upon A Time In Hollywood, and Bombshell) also featured stellar ensemble acting… and A-list actors. Since the A-listers were being honored with almost every other award, most SAG members used this rare opportunity to vote for art that truly reflected their lives.