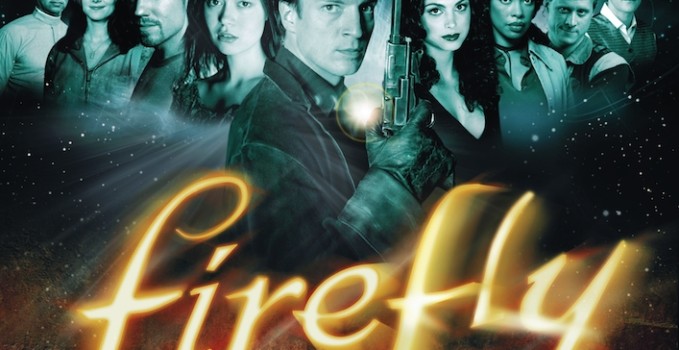 Like Tears in Rain: How Scifi Series Go All to Hell

“A TV series based on ‘Blade Runner.’ Really, is that too much to ask? But no, you give us ‘Real Housewives of Orange County’ instead… Time to die!”

When “Battlestar Galactica” concluded, some fans lamented that the series had to end, but others were thrilled that it departed on a good note. Compare that to the fans of “Lost,” who screamed “WTF?!” after its later episodes.

Then there are the still-hurting flans of “Firefly” (like myself) who saw Joss Whedon’s brilliant series nipped in the bud by a network that seemed intent on destroying it. (The subsequent “Firefly”-based movie, “Serenity,” helped alleviate the pain. A little.) Whedon’s next experience with “Dollhouse” nearly drove him from TV for good. And, of course, there’s “Star Trek,” that short-lived 60s series that’s been born again (and again and again and again) in movie theaters, most recently thanks to the man behind “Lost”…

Welcome to the world of sci-fi television series, an incestuous melange with more tortured plot twists than the series themselves. It all reminds me of “Blade Runner,” the 1982 cult classic sci-fi flick in which genetically manufactured beings are born beautiful, then gradually turn bad before their makers finally have to kill them off. If that isn’t a metaphor for the television business, what is?

As an Atomic Tango public service, I conducted some undercover anthropological observations of what actually goes on in the production office of a sci-fi series. Disguised as a water cooler, I was able to record the following conversations over the course of three years…

Location: Office of Bob Bobstein, the showrunner of the series “Neon Grasshopper.” (Note: names have been changed to protect the guilty and my future Hollywood career — if any.)

Receptionist: Hey Bob, there’s a writer here to see you.
Bobstein: A writer? Send him in — but uh, spray him with some Febreze first.
Writer (entering): They say you showrunner.
Bobstein: I am. I have this unique vision of the future that’s completely original with influences from “Star Wars,” “Blade Runner,” the first two “Terminator” flicks, “Star Trek” season three, and an episode of “I Love Lucy.”
Writer: Sounds… well, it sounds…
Bobstein: Yes?
Writer: Sounds better than what I’m doing now. If I have to pour one more venti latte extra hot with room…
Bobstein: You’re hired. I’ve got 22 episode outlines that I’ve been developing since college, and they need to be fleshed out ASAP.
Writer: Why didn’t you write them out?
Bobstein: I’m a former corporate attorney. I can’t write anything without a footnote and three subordinate clauses.
Writer: Ah. Nice to see talent rise to the top.

Bobstein: “Neon Grasshopper” has been picked up! Granted, it’s on the Versus network, not exactly my first choice for a sci-fi series.
Writer: Versus? Isn’t that the former Outdoor Life Network with the really tacky ad campaign?
Bobstein: Yes, but we won’t disparage them around here. From now on, we refer to them as “Daddy.”
Receptionist: Hey Bob, there’s a network executive here to see you.
Bobstein: Network executive? Send him in — but uh, warn the women.
Receptionist: Too late.
Network Exec (entering): Hi Bob. Congrats on becoming part of the Versus line-up. We plan to run your show during halftime of the Ivy League football game of the week.
Bobstein: Ha ha, that’s funny!
Network Exec: What is?
Bobstein: Halftime of the Ivy League — oh, you weren’t joking, were you?
Network Exec: I’m a network exec. A sense of humor would disqualify me from my job. Anyway, I have a few notes for you…
Bobstein: Notes already? All we’ve done is the pilot.
Network Exec: Better late than never. And about that pilot — we’re thinking we’ll air that in week ten.
Bobstein: Week ten?! But the pilot sets up the entire premise and introduces all the characters.
Network Exec: So? The problem, Bob, is that your pilot runs for two hours, and today’s viewers can’t concentrate for that long.
Writer: They do in the movie theaters.
Network Exec: Who’s this guy?
Bobstein: My senior writer. Don’t worry, he’ll never speak again. And I’ll make sure of that physically.
Network Exec: Well, movies don’t have commercials. At least, not obvious ones. We can’t have your content cutting into the commercials, so we’ll run your pilot during a dead time, like the middle of hockey season.
Bobstein: I hate when people call my creative work “content,” like it’s something that comes in an oatmeal box.
Network Exec: By the way, Bob, how many episodes am I buying?
Bobstein: 22 — and it’s the best content you’ve ever tasted.
Network Exec: Great. I’m gonna love developing “Neon Cockroach” with you.
Bobstein: That’s “Neon Grasshopper.”
Network Exec (exiting): A bug’s a bug.
Writer: You think Starbucks will give me my job back?

Bobstein: Great news! Despite all obstacles, we’ve been renewed!
Writer: That’s amazing, considering our ratings.
Bobstein: Actually, we scored the second highest ratings ever for a sci-fi series whose episodes were shown out of order.
Writer: Of course, the Golden Globe Award helped.
Bobstein: Good ol’ Hollywood foreign “press”! For free booze and photos with a celeb, they’d give Dick Cheney a “Best Comedic Actor” award.
Writer: He is pretty funny.
Bobstein: I’m just encouraged by the faith the network has in my vision.
Writer: And your ability to cast the network exec’s second mistress in a starring role.
Bobstein: Don’t forget scoring him dates with the entire Planet of Bikini-Clad Cannibals.
Writer: You’ve got some mad skills, Bobster… Oh frak!
Bobstein: What’s the problem?
Writer: I just realized that I used up all the ideas I’ve cultivated over my entire life in the first season.
Bobstein: Not a problem. Every week, we’ll just introduce quirky new characters played by rapidly sinking former B-list celebrities. What could we have Michael Richards play?
Writer: How about a man who’s a racial minority everywhere he goes, even when he’s alone?
Bobstein: Great idea! And then we’ll have him lynch himself!
Writer: Of course, all these minor characters would be a serious digression from our storyline…
Both: Ha ha ha… “storyline”… ha ha ha…
Bobstein: We’ll also throw in some flashback sequences and entire episodes devoted to how the characters came to be who they are.
Writer: Audiences eat that back-story stuff up.
Receptionist: Gentlemen, the network exec is here.
Bobstein: I thought you got a restraining order?
Receptionist: That was just for myself. You’re S.O.L.
Network Exec (entering): Congrats, Bob. Despite all my best efforts to destroy “Neon Weevil,” you still managed better ratings than all the other programming on Versus put together.
Bobstein: You know, I never understood why you’d try to destroy a program that you paid for.
Network Exec: Internal politics, Bob. Better if you stay out of it. Off the record, I hate the VP of Programming.
Bobstein: Aren’t you the VP of Programming?
Network Exec: Yes, and I hate my guts. Alright, I’m keeping you all from jerking — I mean working. (He exits.)
Writer: Good thing I’m getting paid six figures.
Network Exec (returning): Oh, did I mention the across-the-board pay cuts?

Bobstein: Hello? Hello? Where did everyone go?
Network Exec: Hey, Bob. Glad I caught you before I canceled you.
Bobstein: You’re canceling me? Why?
Network Exec: Your ratings actually fell below those of the Connecticut State Lawn Bowling Championship and an infomercial for tongue scrapers.
Bobstein: What about my rabid fanbase of hardcore sci-fi convention goers?
Network Exec: Well, their email campaign to save the show was cute — I’m billing you for the crashed servers, by the way — but unless these geeks can clone themselves in about, oh, five minutes, their numbers wouldn’t support a lemonade stand.
Bobstein: You can’t cancel me: I ended the season with a cliffhanger!
Network Exec: Who doesn’t end their season with a cliffhanger? Freakin’ “Two and a Half Men” ends with cliffhangers: “Will Charlie get back together with his ex?”
Bobstein: Hey, that was my cliffhanger, too.
Network Exec: What a vision, Bob. Your show is set 500 years in the future and people still can’t get over their relationship hang-ups. What, we don’t have better drugs by then?
Bobstein: You’re the one who wanted more romance.
Network Exec: I was chatting up your receptionist, not giving you notes.
Bobstein: My own assistant deceived me!
Network Exec: You’re surprised? Were you ever really a corporate lawyer?
Bobstein: Well, at least now I have time to develop “Neon Grasshopper” into a movie.
Network Exec: Sorry, no can do. We own all the rights.
Bobstein: Son of a — Wait, does that mean you’re developing the “Neon Grasshopper” movie?
Network Exec: C’mon, Bob, do you think we would let a hot sci-fi brand with an Internet-savvy fanbase just sit there completely ignored?
Bobstein: Would you?
Network Exec: Why, yes, yes we would.
Bobstein: So it’s really all over…
Network Exec: Wake up, Bob. Time to die.
Bobstein: You — you’re inhuman. You’re like an android, a replicant!
Network Exec: Hate to break this to you, Bob, but so are you.
Bobstein: I am?
Network Exec: Bob, didn’t you notice that you haven’t had an original idea since Clinton was boffing interns in the Oval Office? Even then, most of your ideas were implants.
Bobstein: Implants?
Network Exec: Yeah, we found some inker at Marvel Comics and lifted his entire memory. We installed all his ideas into you, then we wiped his entire slate clean so there wouldn’t be any trouble.
Bobstein: That poor kid! What’s he doing now?
Network Exec: He’s my boss. And I have drinks with him in half an hour.
Bobstein: Um, before you go, did I mention that I’ve got an idea for another series?
Network Exec: You do? What’s it about?
Bobstein: A network executive gets stranded on a deserted island with a group of sexy dental hygienists. I call it “Flossed.”
Network Exec: I like it! It’s so derivative, yet gratuitously offbeat! I gotta get it before Fox does. Walk me to my Porsche — you may be onto something…

P.S.: Josh Friedman, showrunner of “Terminator: The Sarah Connor Chronicles,” lets loose about his show’s recent, um, termination, including some fictional dialogue to sum up his feelings. Unfortunately, the nature of television meant that his show couldn’t be half as edgy and impassioned as his blog. (See So Robotic: The Terminator in Review.)