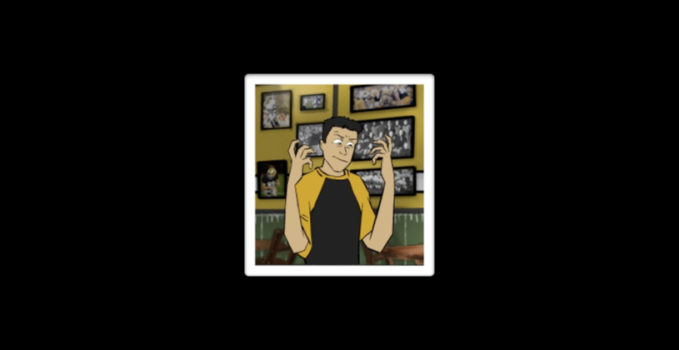 Where’s My Virtual Reality Beer? Hanging Out at SportsBLOX.com

So I’m hanging out at this bar, but no one is around — no bartender, no waitress, no other patrons, no one. Everything behind me looks fuzzy, but I have the power to change the way I look at the touch of a button…

A bizarre burrito-induced dream? No, that’s the scenario at SportsBLOX, a new virtual world run by one of my former MBA classmates.

Until today, I’ve refrained from the whole virtual world thing. Since I live in L.A. with near-perpetual sunshine and a million places to hang, I’d sooner hit the actual world. Now, were I still living in small-town Oregon, with its damp, bone-chilling winters, I might have escaped into VR long ago, particularly to find others with my passion for Steelers and Trojans football.

And that’s where SportsBLOX comes in. Launched this past Monday in beta (unfinished) form, SportsBLOX is a virtual sports-oriented neighborhood. You create an avatar (a symbolic representation of yourself) and pick from a number of virtual joints to visit. There, you have the option of chatting with any other persons present.

So I created my avatar, TURFgeek (named after my primitive sports-blog site from the ’90s), and found a virtual Steelers bar there. Very cool. But I was alone, very alone. Then, as I started to write this article, an avatar named Zigzag showed up, representing a Steelers fan from Sacramento. We chatted a bit about the site and our backgrounds. We made our anime-style avatars do funny poses. The experience was friendly, but not enough to tear me away from my real Steelers bar here in L.A., primarily because I can’t actually watch a game at SportsBLOX.

Now if SportsBLOX could hook up with the NFL, ESPN, or anyone else who can actually show games — at the least, news — I’d check it out for the communal experience.

Since the success of a virtual world depends on large numbers of active participants, SportsBLOX should also incentivize users to invite their friends. For example, SportsBLOX sponsors could reward users with various prizes, like a discount from a sportswear shop or a free pizza (real, not virtual) for home delivery.

I reckon the SportsBLOX founders know all this and will have more features and promos when the site officially launches. The company behind it, Numedeon, sprang out of Caltech to create a number of virtual worlds, from the kid-oriented Whyville (which claims 3.3 million members) to sites for Disney, Toyota. and Virgin Records.

A classmate of mine from the USC MBA sports-business class (the best class ever) is the GM of SportsBLOX. I’ll have to hook up with him and talk about the possibilities.

But I insist on doing it over a real beer.

Update 1/6/2009: I just found out that SportsBLOX died less than 4 months after its launch. Evidently, no matter how bad the real world gets, most adults still don’t care about virtual worlds. The stillbirth of SportsBLOX also proves that cool technology won’t guarantee success without a good marketing campaign. That’s particularly true of any Web 2.0 operation that depends on a critical mass of users for its business model. The real world is no Field of Dreams — just because you build it doesn’t mean they’ll come.