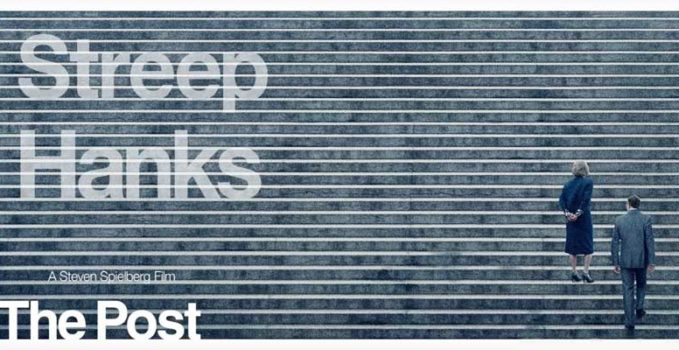 Start The Presses: Why Every American Should See The Post

How could I resist an invitation to see The Post?

Newspapers have not only informed my life, they helped shape it. My father graduated from USC’s School of Journalism (now called the Annenberg School) where I teach today. (No, that wasn’t planned — life just has an odd way of working like that.) I served as editor of my high school paper for 2 years, and in college I took photos for the campus daily. After graduation, I wrote articles for various publications. And although I chose a career in marketing, every morning I still religiously consume a physical newspaper.

Unfortunately, there’s been little to cheer lately. Physical newspapers are sinking faster than a fleet of Titanics, while their online versions grasp for every penny. Fox “News” has deeply and eternally tarnished the profession. And today, real journalists come under steady fire from the Fascist in Chief and his knuckle-dragging minions.

There is room for hope: the Orange Ogre’s assaults and whines about “fake news” have boosted paid circulation for several newspapers and magazines, and many Americans are finally realizing the value of the Fourth Estate in protecting democracy.

So when I was invited to a Writers Guild Foundation screening of The Post — the Steven Spielberg film about The Washington Post defying Nixon and publishing The Pentagon Papers — I jumped at the chance. The screening also featured a Q&A with the screenwriters, Liz Hannah and Josh Singer. (Singer was also one of the writers of Spotlight, the award-winning movie about how the driven journalists of The Boston Globe uncovered the Catholic Church’s child-molestation scandal.)

Given The Post‘s subject, one might think that the writers penned it in response to Trump, but Hannah explained that she began writing the screenplay before Orange Julius Caesar was even elected. Rather, she was inspired by reading the autobiography of The Washington Post‘s heroic publisher, Katharine Graham (portrayed by Meryl Streep). While Graham led a long and adventurous life, Hannah wanted to focus on one event that most revealed her character. After subsequently reading the autobiography of The Post‘s late great Executive Editor Ben Bradlee (played by Tom Hanks), she chose The Pentagon Papers as the pivotal moment.

The film is riveting, and not just because of the dramatic and significant events it depicts. Streep and Hanks shine (of course), and the script combines historical quotes (including Nixon on tape) with snappy dialogue (Singer got his start writing for The West Wing). Together, they show us the humans behind the difficult decisions — decisions that can’t be cut-and-pasted from journalism school textbooks.

The film does contain some of Spielberg’s typical heavy-handed sentimentalism — as usual, he insists on telling audiences how they should feel with contrived, on-the-nose scenes and a bombastic score. For example, Graham is clearly a feminist icon — repeatedly shown as the only woman in a room full of patronizing men — but to make sure the audience knows that, Spielberg shows her wading through a crowd of adoring young women as violins swell in the background. He apparently doesn’t trust the audience to think for itself, which is odd considering the type of people who will watch a movie about journalism history.

That said, Spielberg does have some nice touches. The close-ups of a vintage linotype printer with hot-metal type cranking at full speed is pornography for journalism junkies like myself. I could almost smell the ink off the warm pages.

Beyond the cinematic experience, I’m hoping the passion — and true patriotism — presented in The Post also excite and inspire others to become investigative journalists or, at the very least, newspaper subscribers. Although the events depicted took place nearly 50 years ago, the themes of feminism, journalistic integrity, and democracy at risk are straight out of today’s newspapers.