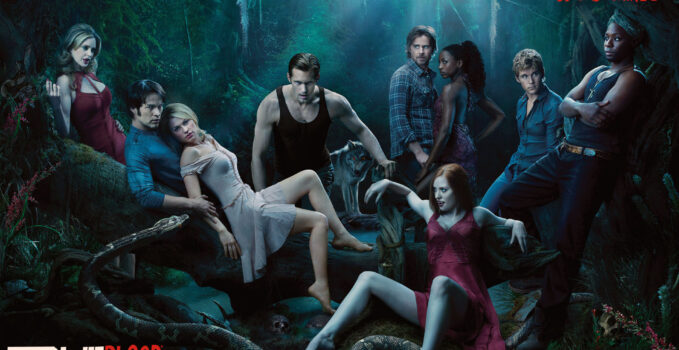 I finally got around to watching the first season of “True Blood” — yeah, I know,  I’m a total TV slacker — but I survived only four episodes.

“True Blood” begins with an intriguing level of satire that quickly devolves into soap operatics and — worse — boring stereotypes. Creator Alan Ball cleverly uses vampires to symbolize the coming out of the LGBT community, but his vampires are clichéd, smug, and brooding. Rather than being high-minded immortals espousing centuries of amassed wisdom, they’re self-indulgent fetishists living solely for debauchery. Yawn. If vampires are supposed to represent the LGBT community, Ball is doing the latter a great disservice. Indeed, with the exception of the leading romantic interest, most of the vampires are hyper-violent snobs.

Ironically, for all his attempts to promote open-mindedness, Ball also gives Southerners a beating. Most are depicted as dumb lecherous alcoholic hicks whose thoughts are malicious or salacious. The main character is telepathic and can read minds, but being a telepath in Alan Ball’s South is like being a literature major trapped in a room with nothing but supermarket tabloids.

The true South has been the source of great literature, music, cuisine, and a few U.S. presidents. It would be far more interesting to depict the centuries-old vampires as the true preservationists of Southern high culture and passion for the arts. You know, kind of like the gay community in New Orleans. Where is the vampire Tennessee Williams?

Or imagine the possibilities of having the series set on the campus of LSU, with the professors as sagacious blood-suckers — lifetime employment (tenure) would have a far different meaning (“Time for your oral dissertation…”). The vampires would then counterbalance the Bible thumping “conservatives” who say they want to preserve Southern values, but are actually destroying it with their hatred and greed.

But, no, “True Blood” comes across like Ball had read all of Ann Rice’s “Lestat” novels and decided to focus on the naughty bits. If the series gets any better, please let me know, but I’m not willing to sit through more episodes to find out. “True Blood” is not the second coming of “Twin Peaks,” David Lynch’s seminal groundbreaking series that was far scarier and sexier. It’s more “Twilight” blended with “X-Men” and a heavy dash of “Southern Comfort.” There are better cocktails out there that deliver a far bigger buzz.