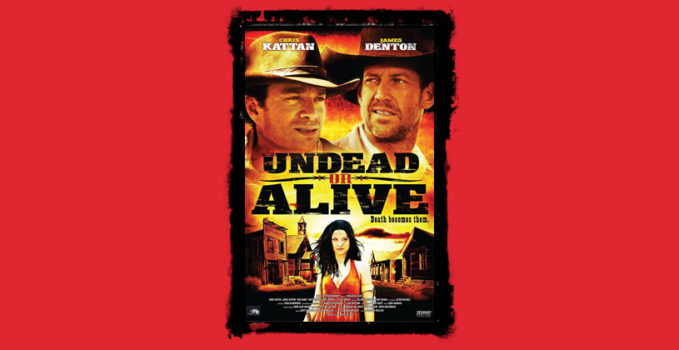 Better Off Undead? The Mysterious Popularity of Zombie Movies

by Freddy Tran Nager, Founder of Atomic Tango + Still Member of the Living…

To prep for a video I’m producing, I watched Undead or Alive, the 2007 comedy-horror flick about zombies terrorizing the old west. It’s moderately entertaining, with Chris Kattan as a cowboy wannabe and Navi Rawat as the intellectual kung-fu fighting Native-American babe.

The hitch in this giddyap?

The zombies themselves. Although they have more dialogue than most zombies (better agents, perhaps?), they’re still just another iteration of the lumbering brain eaters who have populated most zombie flick since Night of the Living Dead. Not exactly scary. I’d be more terrified to find a stray pitbull approaching me on a city street. Or Ann Coulter.

The lust for zombie movies appears insatiable. See the chart below of traffic to my site for the keyword phrase “new zombie movies.” Note the surge during the holidays. That’s what spending time with the relatives will do to you.

They just keep a’ comin’…

There’s even a phenomenon called Zombie Walks where hundreds of people dress up as the undead to lumber through downtowns, terrifying ordinary citizens before going to work as banking execs.

Although most zombie flicks rarely hit the silver screen, going straight to DVD or late-night cable, the Internet has made undead action available at the click of a mouse. I recently wrote about The Outbreak, an interactive zombie movie I promoted. This online film scored over 1,000,000 unique views outside of YouTube in just eight months, and my article on The Outbreak still gets hits.

Why do the living dig the undead so much?

Most zombie flicks have roughly the same plot: a group of humans tries to escape the undead, who run slower than a sloth wearing army boots in a pool of molasses. The zombies want to eat brains and other body parts, but for some reason leave their victims only partially devoured, and those in turn become zombies. In addition, although still made of human flesh, the undead can bash through wooden doors and walls with their bare hands. They can only be killed by decapitation. And finally, most everyone in the movie becomes a zombie, including the hero’s best friend. Whence the popularity?

Being a semi-crack investigative marketing-and-media reporter, I hunted for the source of zombie fever. And like any hardcore journalist in the 21st century, I Googled it. That virtual divining rod directed me to the sci-fi site i09 and an article by Annalee Newitz, “War and Social Upheaval Cause Spikes in Zombie Movie Production.” Newitz includes a nifty chart to illustrate her findings, pointing out that “there are distinctive spikes in zombie popularity — and they always seem to fall slightly after a huge political or social event has caused mass fear, chaos, or suffering.”

The problem — as Newitz herself notes — is that correlation is not causation: just because two things happen at the same time doesn’t mean they’re related. Why would tough times engender movies about flesh-eating undead? Why not more movies about Bigfoot or Minnesota’s famous Lizard People?

More explanatory was a comment on the article by IsaiahGrimlock (great name):

“Well there’s the whole Bolshevism V. Class structure, mindless hordes of any kind always distress upper classes (recent Land of the Dead bears that out rather literally), but what about plain old xenophobia as a natural or ingrained stress response to overpopulation? Besides more movies being made, you don’t seem to recognize that Zombie movies are a therapeutic exercise whereupon an excuse to kill your neighbours is magically granted… Plus, nerd factor – socially awkward people feel better about Zombie movies, since the loners tend to do better.”

Hmmm. I do meet a lot of Republicans who could pass for undead, but I don’t recall their particularly digging on zombie movies. They preferred to count money.

On a related note, another commentator on this article, Taed, noted that the prevalence of zombie flicks “might actually correlate better to Republican Presidents… Note the seemingly low spells during the Carter and Clinton years.” I like that theory. It seems to me that many people — Congress and the media in particular — walked around brain dead through most of the Bush administration, particularly in the aftermath of 9/11. And there are those who argue that Reagan was one of the greatest presidents ever — a definite sign of cerebral necrosis — and others who think Sarah Palin would make a great president. Now that is a terrifying thought.

But does that mean zombie movies will disappear now that the notably cerebral Obama is El Presidente? Will he banish the zombies to follow Dick Cheney back into the darkness?

Time to Bring in the Zombie Expert… 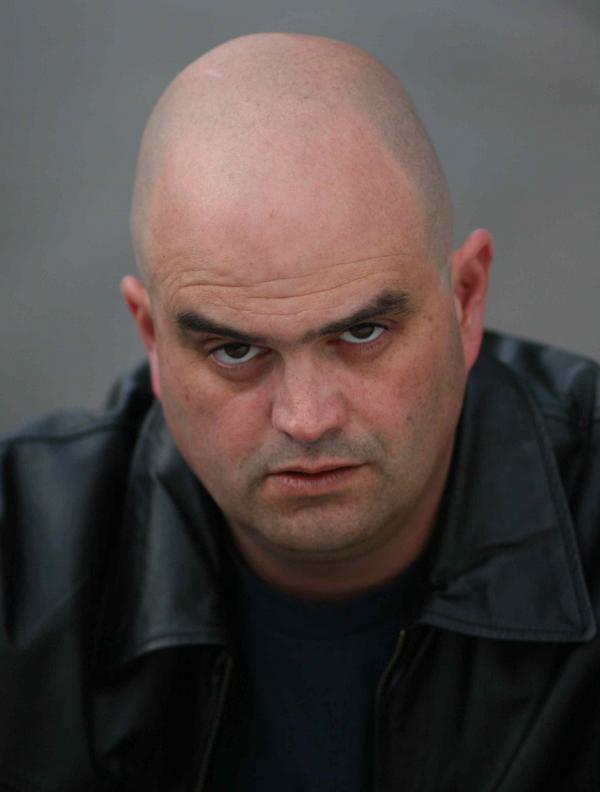 Jed Rowen is my friend. So don’t even think of messing with me. Really.

Finally, I asked my buddy Jed Rowen for some inside info. Jed’s not a zombie, but he frequently plays one on film, including such flicks as Zombie Farm, Zombie Nation, and Zombie Ninja Gangbangers.

Jed credits the fact that we mortals “have a fascination with death — an insatiable appetite for the morbid,” adding that “zombie movies are a great visual experience: they’re frenetic and funny and always worth the price of admission.”

At the least, this is one industry that doesn’t need a bailout — as long as there’s a steady supply of human spectators… and brains…

Like that? Then read this: “Hate Watching”: The Dark Side of Binge Watching