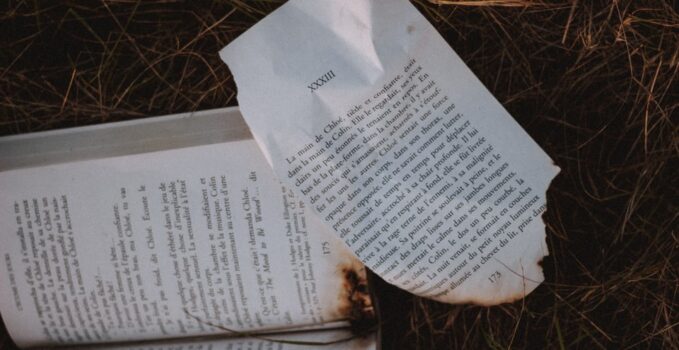 For reasons I can’t fully explain, this pandemic inspired me to read apocalyptic books as an “escape.”

Perhaps I wanted to feel, “What we’re going through is nightmarish… but it could be worse.” Or maybe I needed to glean survival tips from humans who have been there, fought that, even if just fictionally.

Now, as my regular readers know (hi, Cindy!), I’ve been a zombie zealot for years (take this and this and that). But all that was before a real-life virus laid our civilization low. With doom and gloom all about, I decided I needed more.

So I read a variety of apocalypse-inspired tomes, from Station Eleven, an elegiac evocation of life before, during, and after a pandemic (a book I keep sharing with others like, well, a virus), to the sophomoric tedium of The Strain, an endless vampire trilogy that starts with real chills, but decomposes into a videogame-caliber storyline. (Yet, I clawed my way through the whole ordeal.) 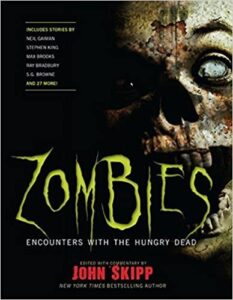 My quarantine mainstay was a 700-page anthology of 30 gruesome stories, Zombies: Encounters With The Hungry Dead, compiled by John Skipp, a mean writer in his own right. It’s an oldie — published in 2009 — but 2020 felt like a good year to exhume it and give it new life.

The stories range from early 20th-century classics to cutting-edge modern tales, as penned by such authors as Neil Gaiman, Stephen King, and Ray Bradbury. Some are artistic, others simply awful. Many are sordid, sacrilegious, and self-indulgent. If you have a weak stomach for gore and graphic violence, steer clear.

But here’s one story you should look up — if not in this anthology, then in others. Simply entitled “It,” this 1940 short by sci-fi author Theodore Sturgeon contains my all-time favorite passage from zombie media. SPOILER ALERT: do not tread any further if you plan to read the full story later and want to maintain suspense and surprise.

Amidst morbid monster mayhem, Sturgeon describes — of all things — a brook:

“The brook came laughing down out of its spring, ran down from its source beckoning to the sunbeams and embracing freshets and helpful brooklets. It shouted and played with streaming little roots, and nudged the minnows and pollywogs about in its tiny backwaters. It was a happy brook. When it came to the pool by the cloven rock it found the monster there, and plucked at it. It soaked the foul substances and smoothed and melted the molds, and the waters below the thing eddied darkly with its diluted matter. It was a thorough brook. It washed all it touched, persistently. Where it found filth, it removed filth; if there were layer on layer of foulness, then layer by foul layer it was removed. It was a good brook. It did not mind the poison of the monster, but took it up and thinned it and spread it in little rings round rocks downstream, and it let it drift to the rootlets of water plants, that they might grow greener and lovelier.”

I can’t think of a better ending to an apocalypse, can you?