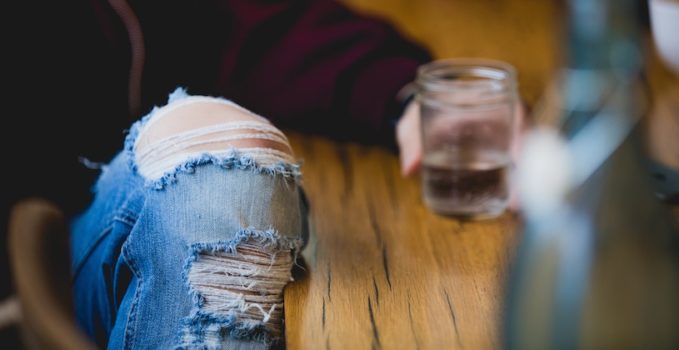 How To NOT Interview For A Creative Job: The Junior Artless Director

by Freddy Tran Nager, Founder of Atomic Tango + Creative Who’s Sat On Both Sides Of The Table; photo by Samuel Yongbo Kwon on Unsplash…

I occasionally help my clients find and interview other marketing agencies and professionals, since I speak the lingo and know what to look for. My B.S. detector can sense a snake-oil seller after just a few words, and I relish rejecting posers to create opportunities for truly talented and ethical professionals.

So it’s a shame when I find an honest, earnest young professional and have to say he’s just not good enough. I’ve devoted my career to helping others achieve their dreams, but sometimes I just have to pull a Simon Cowell and tell them thanks but keep practicing.

Take this one junior art director (we’ll call him JAD) whom I interviewed for a client seeking a senior art director. His online portfolio looked impressive, and during the initial phone interview, he sounded bright and enthusiastic, so I invited him in to meet the client.

A few days later he walked into the office and immediately committed strike one.

It wasn’t the torn jeans — although they weren’t ideal for a job interview. Creative professionals can sometimes get away with such stylistic choices. In fact, for some gigs and companies, torn jeans can be a better choice than a suit.

What bothered us immediately was JAD’s light blue iPad cover. It was smudged black, like he had used it as an oil pan while fixing his car. That’s a detail an art director is expected to notice — indeed, I would expect that level of attention from anyone in marketing and creativity. Reluctantly, we shook his hand.

We then asked JAD about his interest in the position, and he told us that he enjoyed his current job but was seeking new challenges — a fair answer explained smoothly and with a smile. He also expressed strong interest in specific aspects of the client’s company and had no objection to working long hours (one of the job requirements). Indeed, his high energy was contagious. Why hold a dirty iPad cover against him?

So we asked if he had any work he wanted to show us. And that’s when he committed strike two.

I see this error committed by job applicants and sales reps all the time: they show up at a meeting and ask for the company’s wifi. That sounds trivial, but it shows a lack of preparation. A savvy sales rep or job applicant would have all key materials printed out or pre-loaded in their computer/tablet. After all, the wifi service can be terrible, or the company’s internet service can go down at the worst time. (As a professor, I learned the hard way never to trust wifi in classrooms.)

In addition, some paranoid companies just don’t like handing out their passwords. If accessing the web is integral to your presentation, try to clear that in advance with the company, or give them the option of logging into their own computers to view it. My client in this case did fear getting hacked, so when JAD asked for their wifi password, I could see the doubt about this guy creep into their eyes.

We then had to wait while JAD logged on, started his web browser, and loaded his website — a wait that could have been avoided had his materials been pre-loaded.

3. Show Something New — And Impressive

After his website finally came up, JAD walked us through his online portfolio… which we all had already seen, and which I had already discussed with him during the phone interview. This presentation wasted everyone’s time, particularly since the large images were downloading slowly over the wifi.

I asked JAD if he had anything new, and he retrieved a corporate magazine from his bag. It looked impressive, so I asked his role in designing it — did he creative direct it? JAD’s response: “I was part of the team that created it. I worked a little bit on everything.”

Although his response was refreshingly honest — L.A. is filled with creative professionals who claim credit for the work of others — it raised questions about his entire portfolio. How much of it did he actually do? Did he develop the concepts or just fill in the colors? We started wondering if we were interviewing the right guy from his team. Was JAD senior art director material or just a production artist?

Just out of curiosity, I asked JAD what kind of salary he wanted. If it was low enough, perhaps the client could hire him for a mid-level role, and bring on a more senior creative to lead the team. But JAD asked for $95K. Now, that wasn’t out of the question for the position. The client had offered $100K to another art director, who opted for an even higher offer from someone else (the guy was that good).

No, given his interview performance, the $95K was out of the question for JAD. (And subsequently offering him a mid-level post might insult him.)

Of course, this experience reflected on me as well: I learned that I need to interview prospects in person before having them meet my clients.

Given the billions of dollars in innovative new media available in the 21st Century — from digital portfolios to live video chats — we hope that in-person meetings can be just a formality. But as anyone who’s tried online dating can tell you, many people stand out digitally but fall short in person. A face-to-face meeting (or three) is still indispensable, even if it’s just to test how well the person prepares.

Had JAD been applying for an internship, freelance role, or even a staff position, he might have received a shot just from his digital work and a phone chat. But applicants for senior management roles in marketing and creativity have to prove they can be trusted to help shape a company’s brand, whether online or in person.

And if they expect to land a job that pays $95,000, they should just go ahead and spring for a new iPad cover.