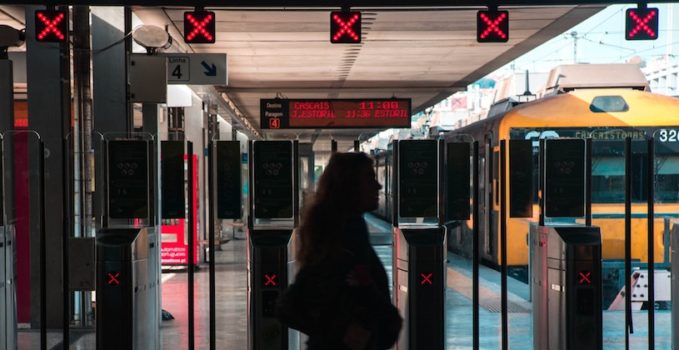 No Exit: Why Exit Strategies Are Bad For Startups

Too many entrepreneurs treat their startups like Hollywood relationships: the affair begins with a lot of passion, it’s great for gossip and headlines, and it might even lead to deals, but as soon as things get a little rocky — or something better comes along — the entrepreneur is outta there.

These zero-commitment capitalists proudly call themselves “serial entrepreneurs,” which, in relationship terms, would make them philanderers. But hey, whatever consenting adults want to do with their time and money is fine with me…

But is it good for business?

An integral part of a formal written business plan is the “exit strategy,” which describes how the entrepreneur intends to unload her business in five to ten years. Options include taking her company public on the stock market, or selling it to another investor or company.

Even if she plans to run her company for life, she needs to cite an exit strategy in order to attract investors. And why not? After all, there’s no harm in simply saying she’ll pull an IPO or sell her company to Google in five years — right? Who knows if her company will even last that long. That’s why everyone knows long-term projections in business plans are as fictitious as the existence of Donald Trump’s soul.

The problem arises when a single-minded obsession with an exit strategy overrides all commitment to building a profitable business.

As depicted in Lemons 2.0: If Everything were Run like a Dotcom, many entrepreneurs forget the other part of their business plan called “the revenue model.” Some are so eager to flip their companies that they launch hyperventilating publicity campaigns even before their products are out of beta.

From Feast to Famine…

You almost can’t blame them. These entrepreneurs salivate like pitbulls in a sausage factory whenever they see another venture getting acquired or going public before even generating a profit, turning their founders into millionaires or even billionaires. That’s why hundreds of startups launch with no realistic revenue model. They’ll just wait to get acquired by Amazon or Google or some other mega-corp.

Then reality strikes like cold water tossed on copulating hounds, and some of those mega-corps wind up seeking saviors of their own. (Yah-oops.) Consequently, many of those exit-oriented startups become bottom-ups, landing in the TechCrunch Deadpool, with most people not knowing they ever existed.

The Other Way to Approach Business…

Compare that to SRC Holdings, an American manufacturing conglomerate that emphasizes profitability and thinking through all contingencies. You won’t find any obsession with exit strategies here — indeed, the company remains privately held after more than 30 years, with ownership firmly in the hands of its employees.

So should you have an exit strategy? Yes, if you plan to invade another country or enter a PhD program. But if you’re an entrepreneur, consider these links that Wikipedia provides for “Exit Strategy”:

So, yes, absolutely put an exit strategy in your business plan to appease the banker and the VC, but before you even buy your first Aeron chair, engrave these words into the wall of your spanking new office:

“To have and to hold,
from this day forward,
for better for worse,
for richer for poorer,
in sickness and in health,
to love and to cherish,
till death do us part.”

Keep repeating that to yourself and to all your partners and employees. That’s how you should think about your startup… until something better comes along…